Shots fired near Colorado Capitol, no reports of injuries

The shots fired call came from the area of Colfax Avenue and Broadway near the Colorado Capitol. 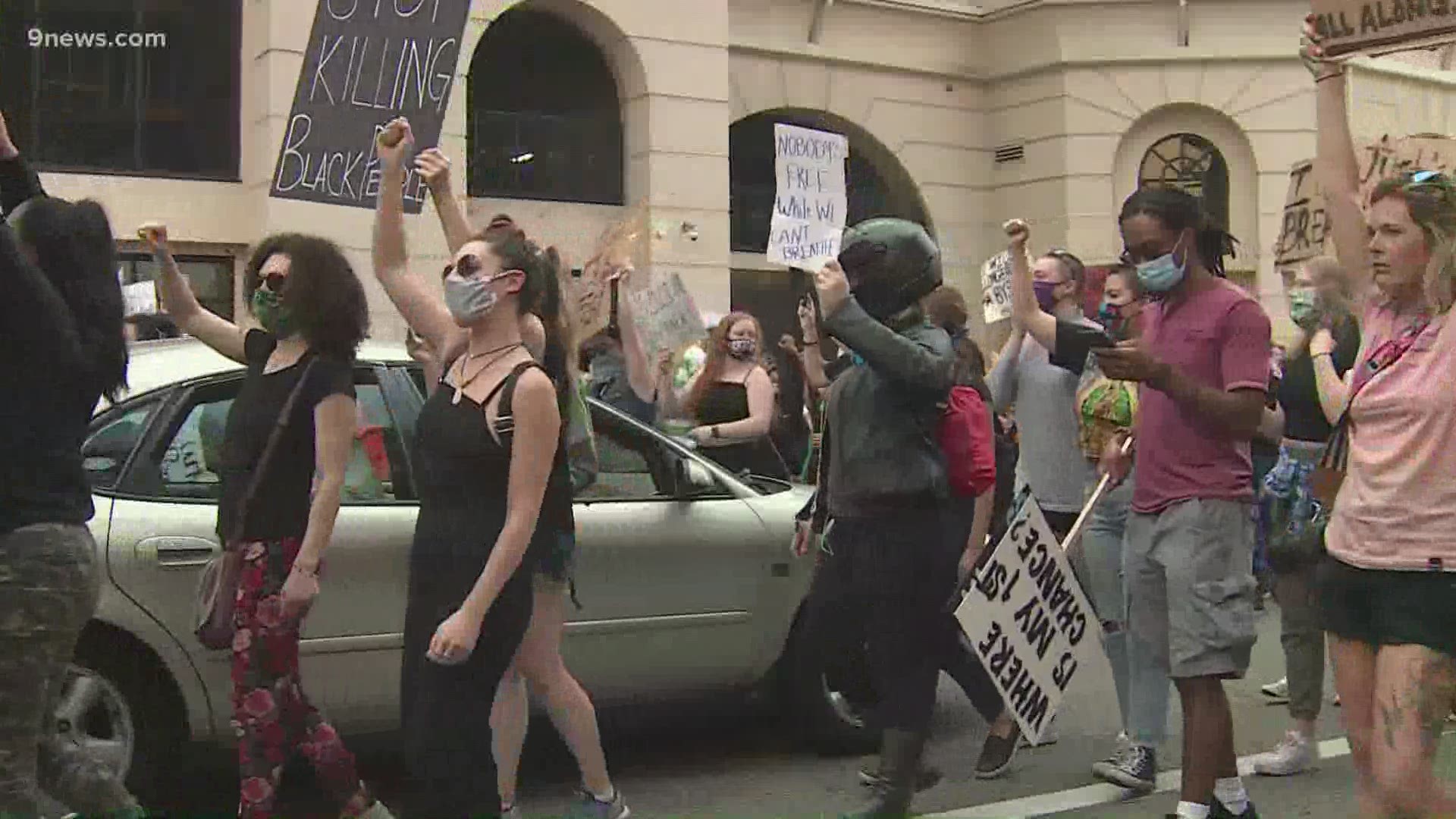 There were not reports of any injuries, according to DPD spokesperson Kurt Barnes. The call was centered on the area of Colfax Avenue and West 15th Street.

This is near where dozens of protesters, who were calling for action after the police death of Minneapolis man George Floyd, had gathered before most of the group marched to the 16th Street Mall. However, there were still some protesters nearby at the time of the incident.

Police could not say if the shots fired call was related to the protest, and that the motive is under investigation. Barnes said six to seven shots were fired at roughly 5:35 p.m.

RELATED: 'No justice, no peace:' Crowd in downtown Denver marches to protest death of George Floyd

Colorado State Rep. Leslie Herod (D-Denver) tweeted that “we just got shot at. Capitol” at 5:38 p.m. Thursday. She later clarified that she was not hurt.

Herod told Next with Kyle Clark Reporter Marshall Zelinger that she and Rep. Jonathan Singer were with the second protest group at the Capitol when she heard "multiple shots" near the RTD bus stop area.

She said she was told to run inside the Capitol by Colorado State Patrol, and that there's a bullet in the basement of the building.

While investigators are still looking into motive behind the incident, Denver Mayor Michael Hanock urged any protestors who marched Thursday to do so peacefully.

"You can be angry. You can be outraged. I certainly am and I join you in those feelings and demands of #JusticeForGeorgeFloyd. March for justice and to see it served, but please march in peace. Responding to violence with violence will only lead to more violence," he said on Twitter.

DPD said the incident remains under investigation and it will provide more information when it is available.