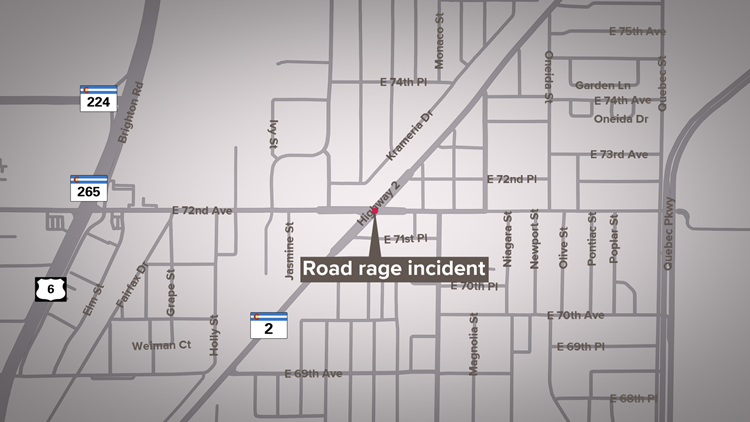 COMMERCE CITY, Colo. — At least one shot was fired Thursday morning during a road rage incident that began near an elementary school in Commerce City.

Around 8:35 a.m., officers with the Commerce City Police Department (CCPD) responded to the area of East 72nd Avenue and Colorado Highway 2 on a report of a road rage incident involving two vehicles.

Officers determined a verbal disturbance occurred near Kemp Elementary School at 6775 Oneida St. and that two vehicles left the area.

One vehicle followed the other and at East 72nd Avenue and Colorado Highway 2, a person inside a white Monte Carlo fired at least one gunshot from the vehicle, according to police.

No one was injured from the shooting or the disturbance, CCPD said.

Local area schools were placed on lock-out as a precaution, but no schools were directly involved in this incident, police said.