Crews were responding to a medical call near 64th Avenue and Kearney Street when the 41-year-old man stole the truck. 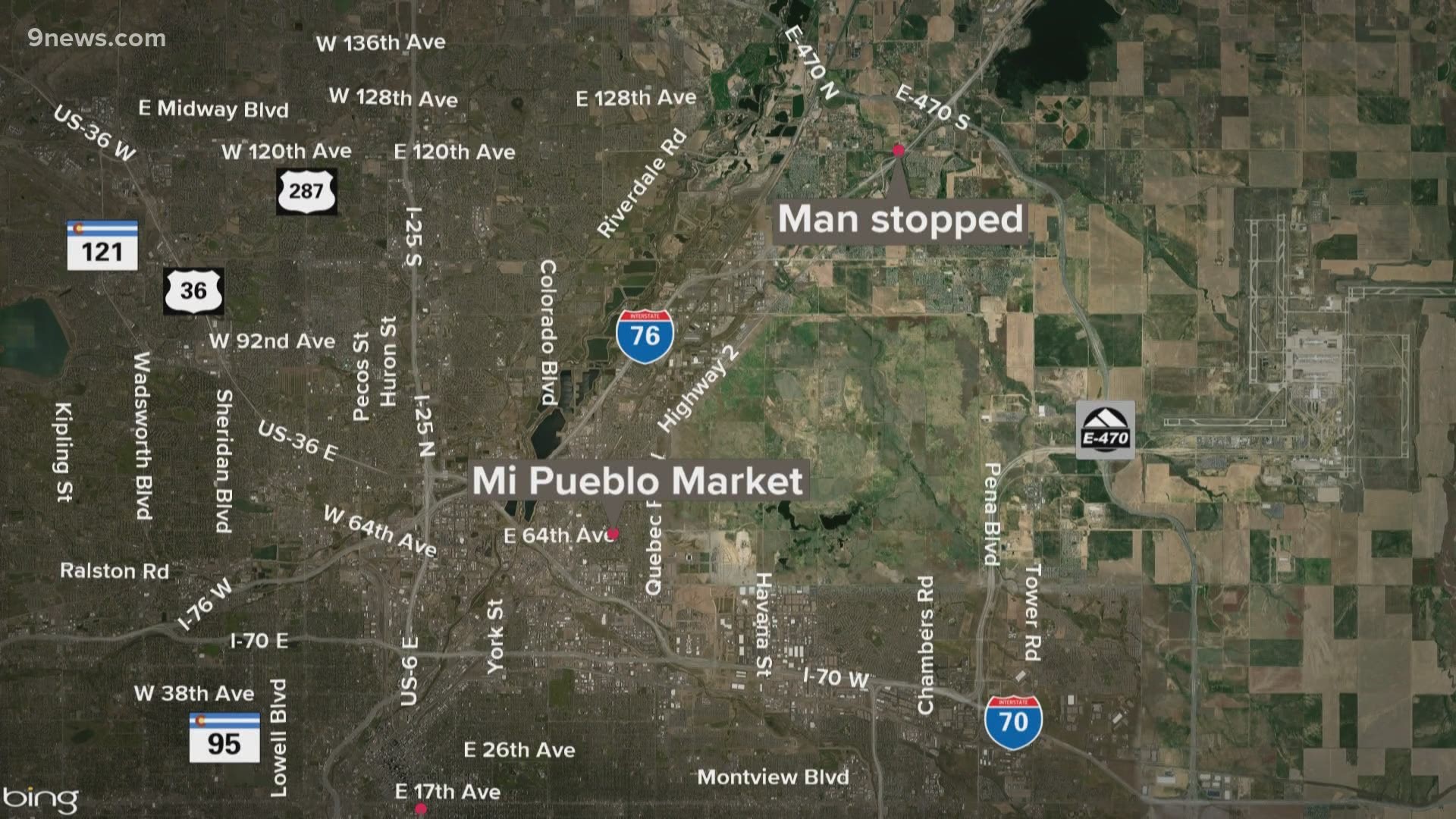 COMMERCE CITY, Colo. — A truck operated by the South Adams County Fire Department (SACFD) was stolen during a medical call Sunday morning, according to the Adams County Sheriff's Office (ACSO).

At about 9 a.m., crews responded to a call at the Mi Pueblo Market, located at the intersection of East 64th Avenue and Kearney Street in Commerce City, according to Commerce City Police (CCPD). Police say 41-year-old Jeremy Brandon Chavez was complaining of breathing difficulties.

While he was being evaluated, Chavez walked away and got into a SACFD Ford F-450 and drove away, police said in a release.

Chavez drove the truck eastbound on 64th Avenue toward Highway 2, according to CCPD.

Stop sticks were used near East 120th Avenue and Highway 2, police said. Chavez abandoned the truck and tried to pull a female from a car that was stopped at the intersection, according to CCPD.

Officers were able to stop the Chavez from taking the car and he was taken into custody, police said.

Chavez was booked into the Adams County Jail on charges of aggravated motor vehicle theft, attempted strong arm robbery and vehicular eluding, according to police.