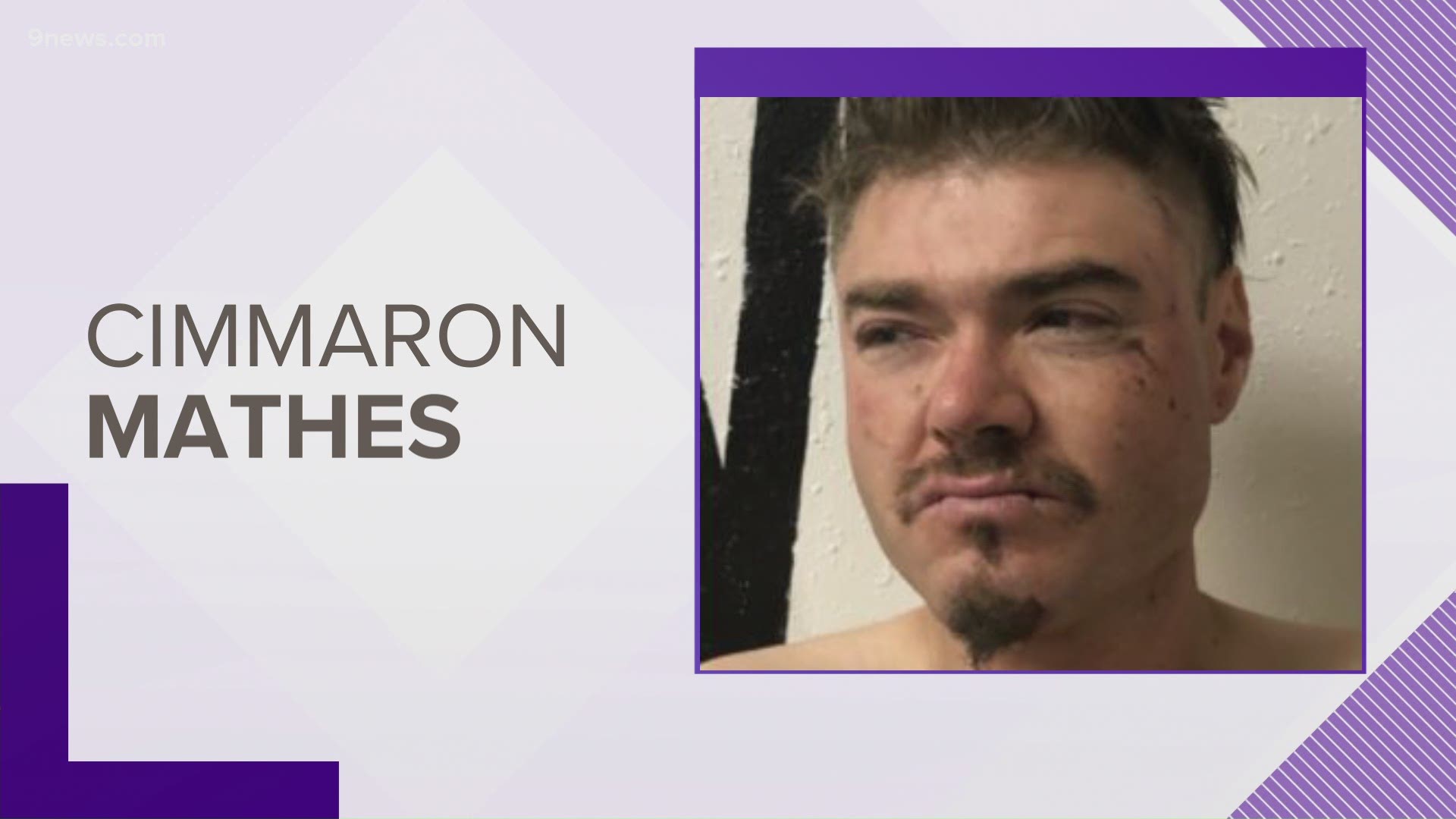 COSTILLA COUNTY, Colo. — A man has been arrested after attacking law enforcement officers with a tractor and setting a home on fire southwest of San Luis in southern Colorado, according to a release from the Costilla County Sheriff's Office (CCSO).

The release said deputies were dispatched Wednesday to a home on County Road P on a report of a disturbance involving Cimmaron Mathes, whose father lived there.

Mathes ran off, the release said, then drove away on a tractor. He attempted to hit deputies while brandishing a knife as they chased him through a field, according to the release.

More law enforcement officers were called in, according to the release, including those from Blanca Police, the Conejos County Sheriff's Office and Manassa Police.

The release said Mathes drove toward his father's home, where he rammed several of his father's vehicles and his home, as well as a Blanca Police vehicle, causing it to turn over. The officers were left with minor injuries, according to the sheriff's office.

Mathes then barricaded himself inside the home, the release said, and refused to come out. Alamosa SWAT was called in to help, according to CCSO, and SWAT officers were able to get Mathes to come out at around 1:30 a.m. by using tear gas.

The release said Mathes set his father's home on fire while he was inside. It was a total loss.

Mathes was arrested on several counts of attempted murder of a police officer, as well as first degree arson, criminal mischief and vehicle theft.