The driver of the other vehicle, described as a Jeep Grand Cherokee, did not stay at the scene Friday morning. 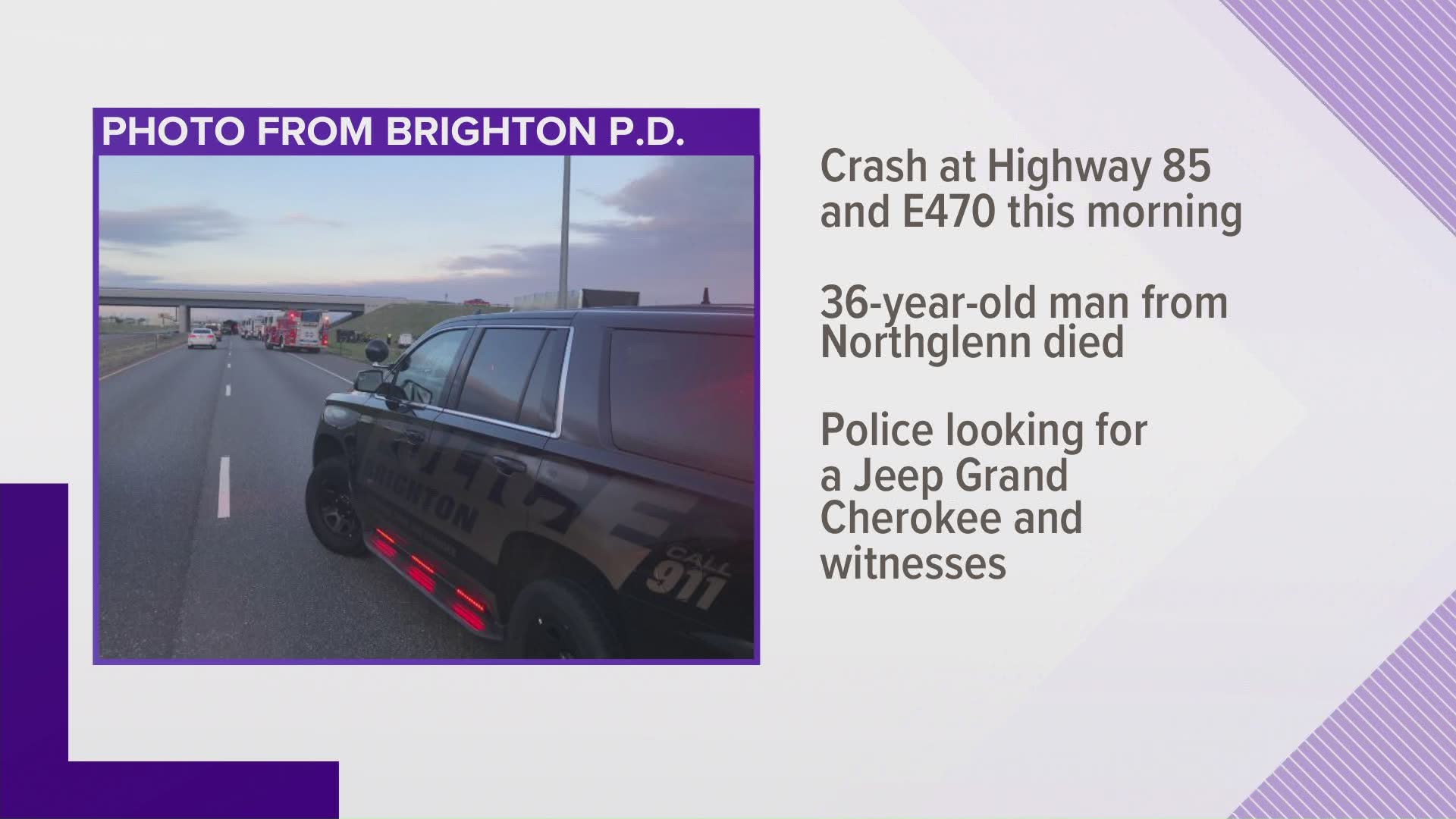 BRIGHTON, Colo. — Police are citing speed and aggressive driving as likely factors in a crash that killed a man in Brighton Friday morning.

According to a release from the Brighton Police Department, witnesses saw a pickup truck and another vehicle driving aggressively before the crash in what was described as road rage and possible racing on southbound Highway 85 at E-470 at around 4:30 a.m.

Police are asking for the public's help in identifying more information about the other vehicle, a Jeep Grand Cherokee, and its driver, who did not stay at the scene.

The driver of the truck, a 36-year-old man from Northglenn, died at the scene of the crash -- he was not wearing a seat belt, according to police. His name is being withheld until after relatives have been notified.

RELATED: Police looking for driver who hit pedestrian on I-25 near Castle Rock