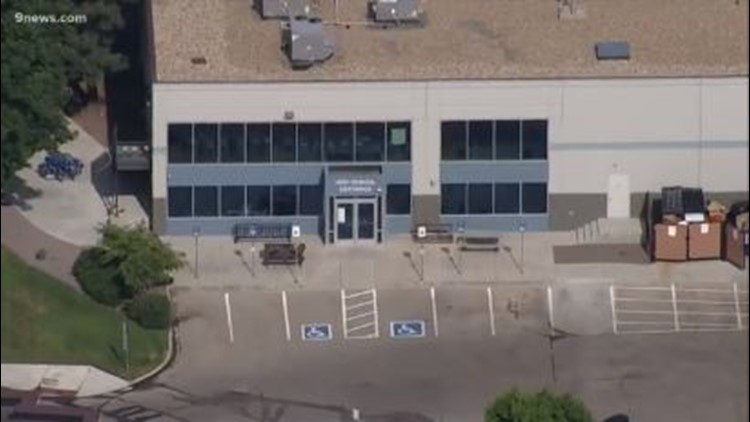 DOUGLAS COUNTY, Colo. — A counselor who met with the younger suspect in the deadly May shooting at STEM School Highlands Ranch was mostly in the dark about a lot of what was going on in his life, despite meeting with him about once a month for more than a year, according to testimony in court Friday morning.

Ashley Williams' last meeting with 16-year-old Alec McKinney was in April 2019, the month before he and another student are accused of opening fire at the school, killing one student. Eight other students were shot,

McKinney and his co-defendant, 19-year-old Devon Erickson, are charged in connection with the shooting on May 7 that ended in the death of 18-year-old Kendrick Castillo, who is lauded as a hero for joining other classmates to rush one of the two gunmen.

For the fifth day of testimony in a reverse-transfer hearing to determine if McKinney should be tried an adult, Castillo’s parents sat near the front of the Douglas County courtroom.

Earlier this week, a judge ruled there is enough evidence to move forward with a trial. At issue now is whether the trail will be held in adult or juvenile court.

Friday morning, the defense called Williams, a certified counselor who met with McKinney between July 2017 and April 2019, to the stand.

She testified that her "biggest concern was how he (McKinney) felt about himself."

She said during their nearly monthly sessions that he expressed concerns that he was lonely and wasn't good at making friends.

Williams also noted that during their sessions, McKinney said it was like he "shared a brain with someone else" and that sometimes a voice in his head would say things like "you are worthless." However, on cross examination, she noted she did not consider the voices as "auditory hallucinations," but rather negative self-talk.

She also testified that McKinney had expressed suicidal thoughts and that a safety plan had been put in place. She said McKinney was cutting and that the goal of therapy was to provide better coping mechanisms for him.

Williams noted that he hated STEM because it was "so academic," but later noted that it would not be that unusual for an adolescent to express those types of thoughts.

Upon cross examination, prosecutors hammered home how important it is for patients to be truthful and forthcoming with their counselor. They argued that McKinney was not, and that made it very difficult for Willliams to successfully treat him.

Prosecutors fired questions at her, asking over and over, "were you aware?"

Were you aware McKinney sold Xanax for $5 a pill?, prosecutors asked. She replied no.

Were you aware, that on April 10, he joked online about "bombing the school to get his point across?" prosecutors asked. Were you aware that he joked about killing a specific female classmate?

She answered no to both.

Prosecutors also alleged that McKinney's mom found cocaine in the garage, and that she suspected it was his. They said McKinney failed a drug test and then called that test a "joke." They also said McKinney had said "how easy it would be to bring a gun into Douglas County High School or STEM School and had admitted to having homicidal thoughts on April 26."

Williams answered no to each of the questions, indicating she was unaware of any of those things.

Prosecutors also alleged that McKinney had two separate hospital stays at Jefferson Hills in Lakewood and a second at Devereux — both offer treatment for mental health and behavioral issues. Prosecutors said McKinney "admitted he lied to staff about homicidal thoughts" and that he "knew how to tell what they wanted to hear."

Williams was aware of both hospital stays, but said she did not know about the alleged lies told by McKinney.

Williams was asked if she thought she had McKinney's trust and said yes. They then asked if she could treat something she was unaware of, and she replied, no.

Prosecutors also alleged that McKinney researched the Columbine shooting online and also looked up the webpage and social media pages of Sol Pais, the Florida woman who came to Colorado in April and was accused of making nonspecific threats against schools in the Denver metropolitan area.

Williams admitted she had no knowledge of that.  Their last session took place on April 16, the day news came out about Pais being in Colorado.

Prosecutors asked her for reasons why someone would not share something with their counselor, and asked if "intentional concealment" could be one them, Williams replied yes.

Lorie Jones, the mother of Joshua Jones, who was shot multiple times at the school, also took the stand Friday morning.

Lorie Jones, said her son at first told her he was "bleeding a little" and that she thought maybe he had just been "nicked." She said he really didn't know at first how badly he was injured and that he was "trying not to move so he didn't bleed more."

Once at the hospital, she learned her son had been shot four times, two through and through wounds in his hip and two gunshots wounds in his calf. Joshua Jones, along with several other students, had lunged at one of the gunmen.

"No mom wants to send their kid to school and have them run toward a shooter," she said.

She also testified that at the hospital, her son kept asking, "How's Kendrick? How's Kendrick?" And that she had to break the news to him that he had died.

The last witness to take the stand Friday was Yuritzia Ojeda, the mother of two children who attend STEM School.

She works within the Denver Public School District and said on the day of the shooting, she was walking in the hall with a student when she received a text message from her 14-year-old daughter.

It read, "Mom there's a shooting happening in the school," according to her testimony. She then attempted to text her son, Gerardo "Gerry" Montoya-Ojeda, who is now a senior at the school.

"I kept texting him, and he did not respond," she said.

Finally she called and he picked up.

When she got to the hospital, she learned he had been shot three times, twice in the arm, and once in the head.

"In and out," she said pointing to an area near the back top of her own head. "No damage to brain; the doctor said it was a miracle that he did not understand [how there was no brain damage]"

He still goes to physical therapy due to nerve damage in his arm, she said.

In the months since the shooting, she testified the entire family, including she and husband, have struggled. She said while her daughter was not injured, she heard the entire shooting and "saw things."

All of them have trouble sleeping and neither of children want to go to school anymore, she testified.

"He doesn't have a spark anymore," she said.