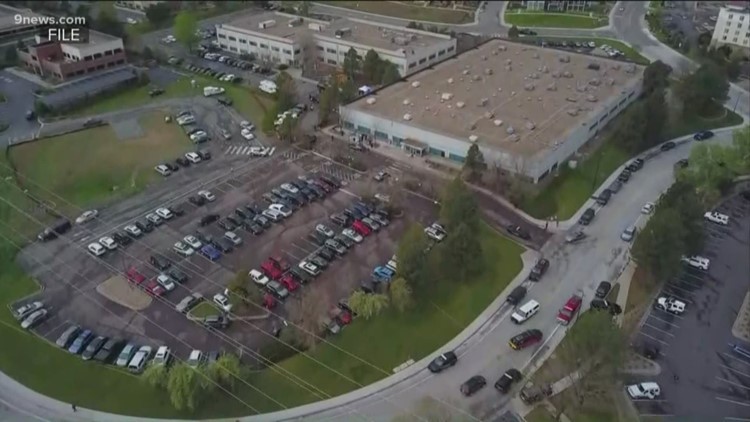 DOUGLAS COUNTY, Colo. — A psychologist who evaluated the younger of two suspects involved in the STEM School shooting said he suffered from substance abuse and battled with mental health issues after witnessing domestic violence.

Alec McKinney,16, is currently being charged as an adult. Last week, a judge ruled there is enough evidence for the case against him to go to trial. A reverse transfer hearing continues to determine whether the case should be moved back to juvenile court.

McKinney and his co-defendant, 19-year-old Devon Erickson, are charged in connection with the shooting on May 7 that ended in the death of 18-year-old Kendrick Castillo, who is lauded as a hero for joining other classmates to rush one of the two gunmen. Eight other students were also shot.

For the sixth day of testimony, a reverse-transfer hearing is ongoing to determine if McKinney should be tried as an adult as experts give their testimonies regarding the case.

Dr. Elizabeth Christiaens, an expert in clinical and forensic psychology, said she met with McKinney for three to four sessions for over six hours total.

Christiaens spoke about how McKinney's mental health issues began after he witnessed his father abuse his mother.

At age 5, McKinney went to therapy after his father was arrested for wielding a knife at his mother, Christiaens testified.

His mother, however, kept in regular contact with his father which created stress for McKinney, according to Christiaens' testimony.

"Alec was scared his dad would come back to hurt his mother," Christiaens testified.

Christiaens also testified that McKinney was adamant about not using drugs until middle school when he witnessed his mother using cocaine and her inconsistent relationships.

McKinney shared with Christiaens that he struggled to have respect for his mother, who he said would drink rather frequently and carry a bottle of vodka in her purse, she testified.

He said he witnessed men come in and out of his home and would hear his mother having sex with someone in the next room, Christiaens testified.

This triggered past memories of being sexually abused while visiting his father in Mexico, according to Christiaens. The prosecution pointed out these sexual abuse allegations only came to light recently.

Christiaens testified he purchased $100 worth of cocaine around his birthday, a month before the shooting.

McKinney also told Christiaens about the bullying he experienced at school after he came out.

Some of his peers would insist on calling him Maya, his former name before identifying as transgender and referring to him with female pronouns.

[Being] transgender was a huge source of depression [for McKinney], Christiaens testified.

McKinney had negative thoughts about himself and the world, Christiaens testified.

A vacation with his family to Florida also caused him to be sent to therapy, according to Christiaens.

He had a distressing incident with a swimsuit which led to triggering behavior for McKinney, Christiaens testified.

District Attorney George Brauchler worked to discredit Christiaens during cross-examination. Brauchler pointed out this is her first time testifying as an expert witness and that she made several mistakes in her report, according to the opinion of another doctor.

Brauchler also stated that Christiaens did not take into account the actual shooting at STEM in her mental health evaluation of McKinney.

The defense concluded all of its witness testimonies in the hearing. The prosecutors have at least two more witnesses to take the stand.

The reverse transfer hearing has been rescheduled for Wednesday at 9 a.m. due to severe weather.