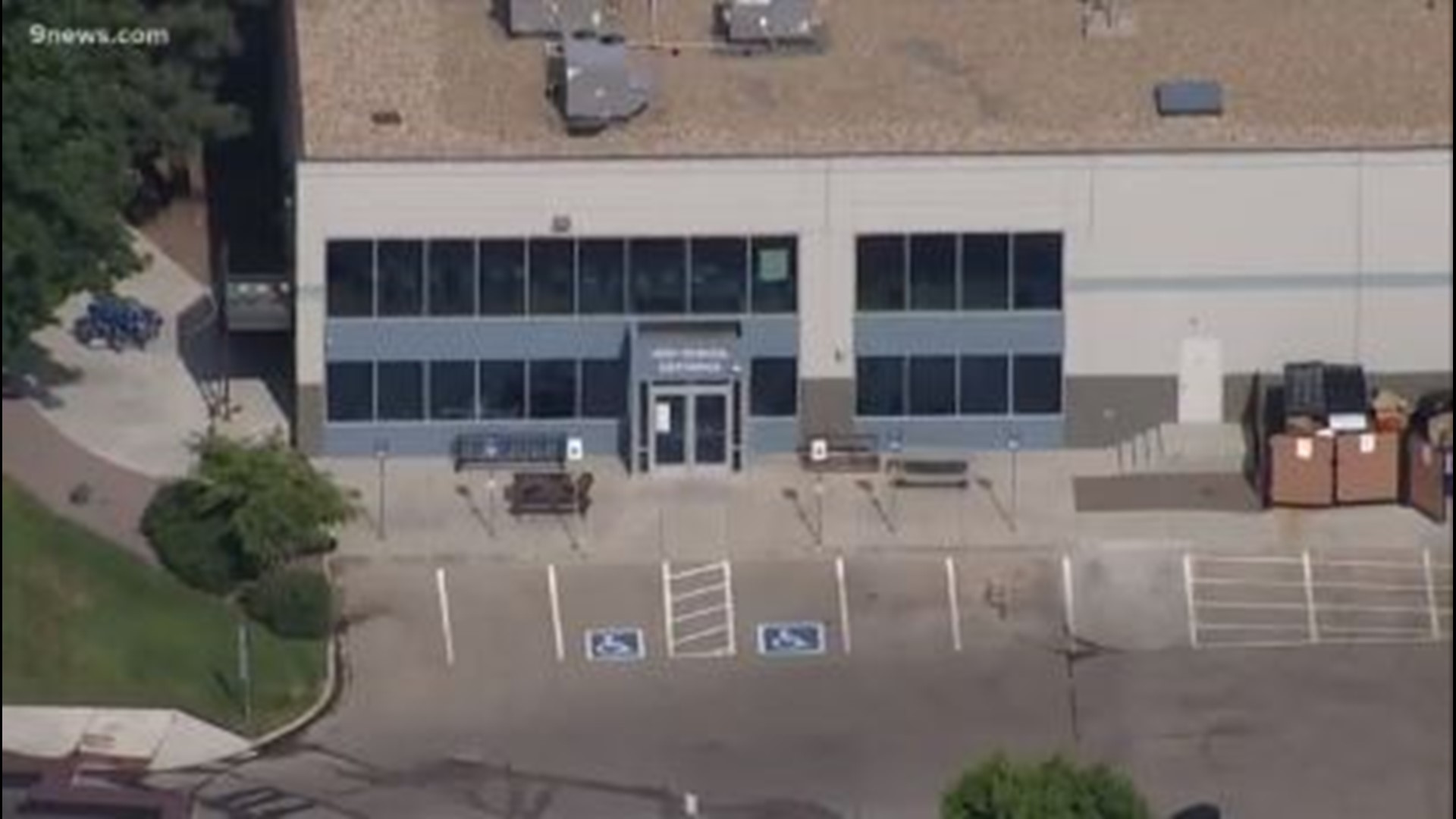 DOUGLAS COUNTY, Colo. — A dean testifying Tuesday during the second day of a court hearing for one of the suspects in the STEM School Highlands Ranch shooting said the suspect had once been suspended for giving a student prescription medicine.

McKinney and his co-defendant, 19-year-old Devon Erickson, are accused in the May 7 shooting that ended in the death of 18-year-old Kendrick Castillo, who is lauded as a hero for joining other classmates to rush one of the two gunmen. Eight others were also shot. For the second day in a row, Castillo’s parents sat near the front of the Douglas County courtroom.

During a preliminary hearing on Monday, the judge ruled there was enough evidence for the case to go to trial.

Turnbaugh, who primarily deals with truancy and discipline within the school, said that McKinney had been on his radar due to significant attendance issues, but it wasn’t until February 2018 that the two interacted for the first time.

Turnbaugh said he was notified by a school resource officer (SRO) at Castle View High School that a student was hospitalized after taking prescription medication, and that McKinney was believed to have given it to her.

After responding to the school, Turnbaugh said he located McKinney in the library and conducted an initial investigation, where he learned what the medication was. McKinney’s mother arrived at the school a short time later, according to Turnbaugh, and the two had a tearful exchange where McKinney said, “Oh my god mom, I killed my best friend.”

Also on Tuesday, the judge ruled that statements McKinney made at a substation shortly after the shooting would be open information. The judge said McKinney's remarks following the shooting were made freely and voluntarily after McKinney was read his Miranda rights.

The judge also ruled that body camera footage of McKinney from inside the school would not be used as evidence in the reverse transfer hearing, but could potentially be used when the case goes to trial.

Other testimony on Tuesday came from staff at the Marvin W. Foote Youth Services Center in Centennial where McKinney has been in custody since the shooting.

One of the behavior health specialists who testified, April Kim, noted that McKinney has been on varying levels of suicide prevention monitoring (SPM), and that he had scars on his arms from cutting. Kim also discussed the hallucinations, nightmares and difficulties falling asleep that McKinney said he was dealing with while at the facility.

Kim said McKinney told her he was hearing voices that told him to do "bad things to myself and others," and that he would hear the voices about every 15 minutes.

A social studies teacher at the facility who teaches McKinney described him as a model student who “always goes above and beyond.”

The social studies teacher also said McKinney is empathetic and willing to help other students in the classroom. She noted that despite given the option to refuse class, McKinney has never done so.

Lloyd recalled a time where she said Jose McKinney pushed his wife so hard “she fell and busted her head open,” while the kids were in the room. Lloyd estimated that Alec McKinney was 7 or 8 years old when that happened.

On another occasion, when Alec McKinney was even younger, Lloyd described a family road trip to New Mexico where Jose McKinney had allegedly smashed his wife’s head into the center counsel of the vehicle.

Lloyd also testified that Jose McKinney was deported in 2010, and that he’s had very little contact with Alec McKinney since that time.

The prosecution argued that the alleged abuse happened more than 10 years ago and that Alec McKinney had never been the direct target of one of his father’s violent outbursts.

Another witness who said she has worked with Alec McKinney’s mother at various salons over the last 12 years echoed the allegations of abuse.

A counselor who had treated Alec McKinney in the months before the shooting said that he did not always take his medications as prescribed. When the two first met in October 2018, the counselor said he learned Alec McKinney was already prescribed several medications by his primary care doctor, including Zoloft to treat depression symptoms and Abilify to help with mood stabilization.

Court proceedings are expected to resume Wednesday morning at 8:45 a.m. in Douglas County.