The May 7 shooting at STEM School Highlands Ranch killed 18-year-old Kendrick Castillo and wounded 8 other students. 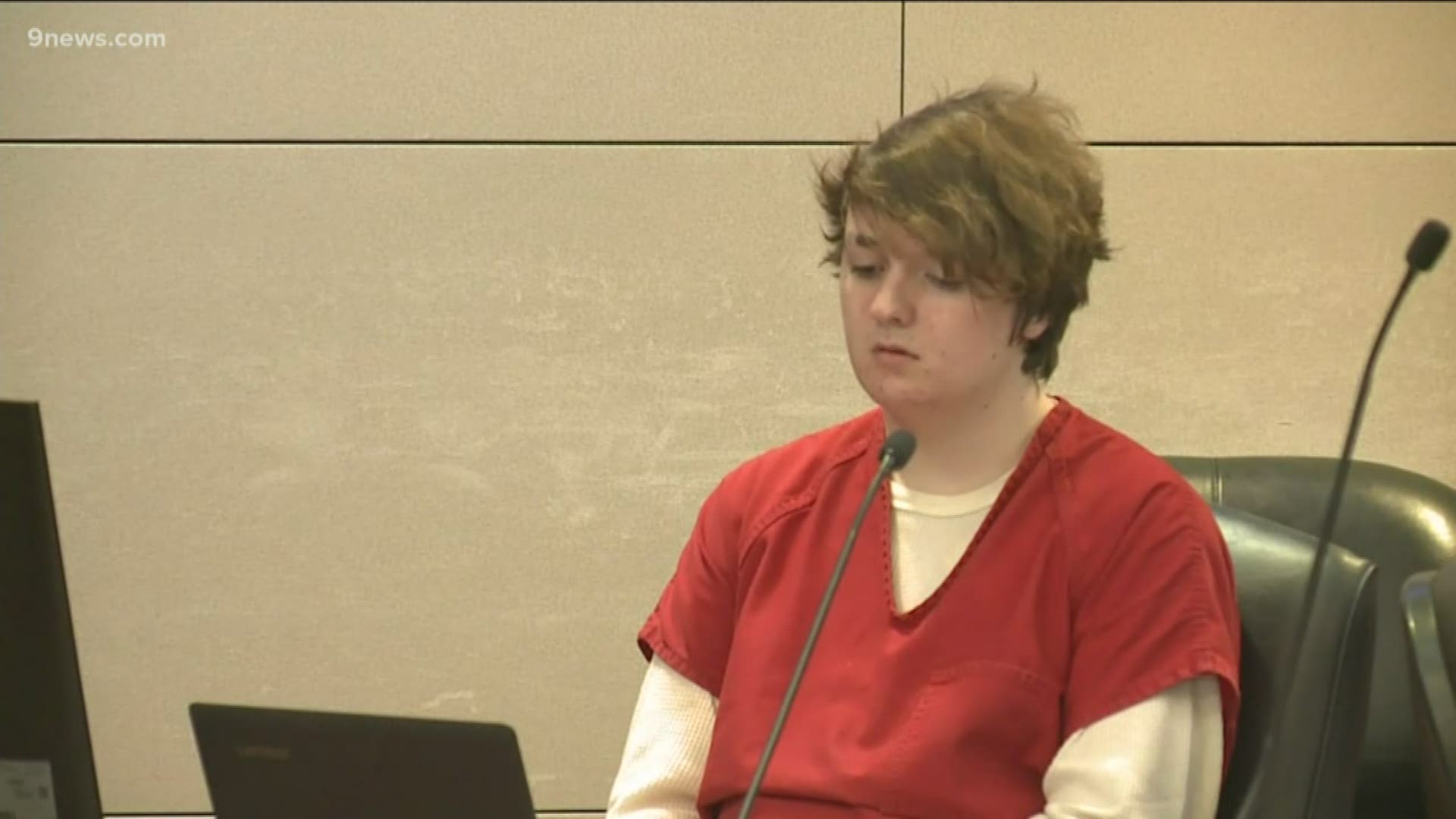 DOUGLAS COUNTY, Colo. — The older suspect in the deadly shooting at STEM School Highlands Ranch has pleaded not guilty to the 46 separate counts he is charged with — including first-degree murder.

During his arraignment on Thursday afternoon, Devon Erickson's defense team also said it might present evidence about the 19-year-old's mental health at trial. This means he will receive a court-ordered evaluation and has waived his right to confidentiality when it comes to any mental health treatment or evaluations he's received.

Erickson's attorneys, David Kaplan and Julia Stancil, said they hadn't necessarily definitively decided whether to present information about Erickson's mental health at trial, but that they wanted to inform the prosecution it was a possibility during the arraignment.

In an interview with media after the arraignment, District Attorney George Brauchler said this has a few distinctions from an insanity plea.

"Insanity says, 'Whether I’m competent now or not, back when I committed that crime, I didn’t know right from wrong based on societal standards and morality and I couldn’t form the culpable mental intent,' which would be in this case the intent to murder after deliberation," District Attorney George Brauchler said. "This is different from that. This is them saying, ‘We think we may want to enter some mental health evidence to rebut any portion of accusations against us.'"

Erickson's trial has been set for May 26. It could last up to 15 days, and jury selection could begin as soon as May 19.

Now that Erickson has entered a plea, Brauchler has 62 days to decide whether he will pursue the death penalty.

During his preliminary hearing, Erickson's attorneys argued he was not a willing participant in the May 7, 2019 attack at his charter high school in Highlands Ranch. Instead, they said he was coerced by his codefendant, 16-year-old Alec McKinney.

Kendrick Castillo, 18, was killed when witnesses said he rushed Erickson during the shooting. He has been lauded as a hero for taking action, and his parents were in the front row of the courtroom during Erickson's arraignment.

Eight others were wounded in the shooting.

McKinney will be charged as an adult for his alleged role in the attack.

RELATED: Defense argues older suspect in STEM School shooting was not a willing participant in attack
During a news conference after Erickson’s September court date, Brauchler said his office had not had any discussion about a potential plea agreement with the suspected shooters.

If he’s convicted of first-degree murder, Erickson faces a mandatory sentence of life in prison.

McKinney is slated to appear in court again on Feb. 7 for his arraignment.