2 in custody after crashing stolen car in Arvada, police say

The driver hit another car while trying to flee from an officer in the area of West 76th Avenue and Wadsworth Boulevard, according to a police spokesperson. 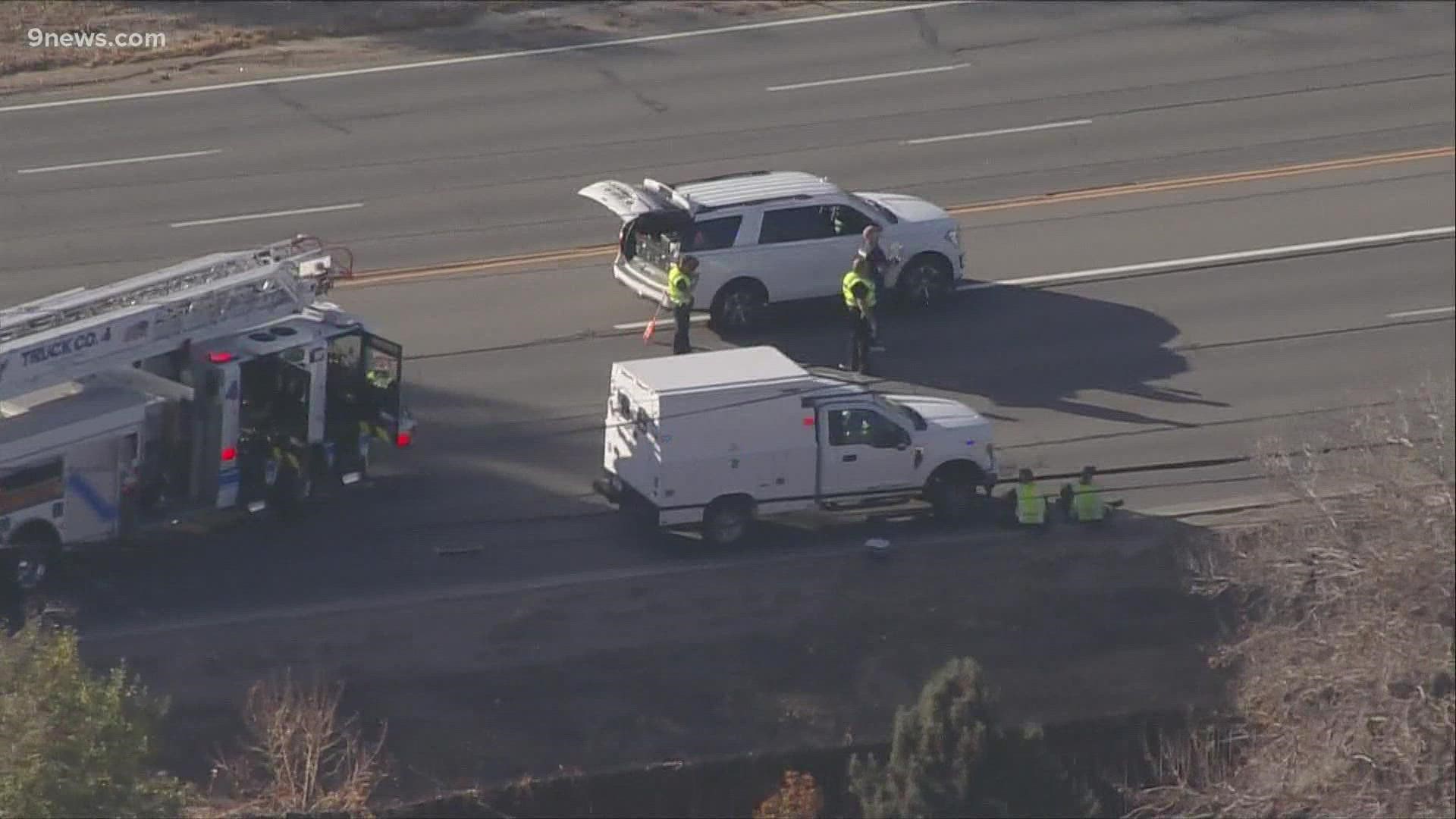 ARVADA, Colo — Two suspects in a stolen car crashed into another car in Arvada Friday afternoon, seriously injuring at least one person, according to a spokesperson for the Arvada Police Department (APD).

The incident started around 2:30 p.m. in the area of West 76th Avenue and Wadsworth Boulevard. A citizen was tracking his stolen car by GPS and notified police that it was in that area.

An officer saw the car, and when the suspects spotted the officer's car, they tried to leave the area, the spokesperson said.

RELATED: Person walking on I-70 killed in hit-and-run crash

As the driver tried to flee, the car hit another car. At least one person in that second car was seriously hurt.

The spokesperson said there was no pursuit of the suspects.

A man and a woman who were in the stolen car were taken into custody, according to APD. The man was out on parole, APD said.