Vehicle involved in I-70 pursuit reaches speeds of 140 mph

A 17-year-old suspect was taken into custody early Friday morning after a multi-agency pursuit. 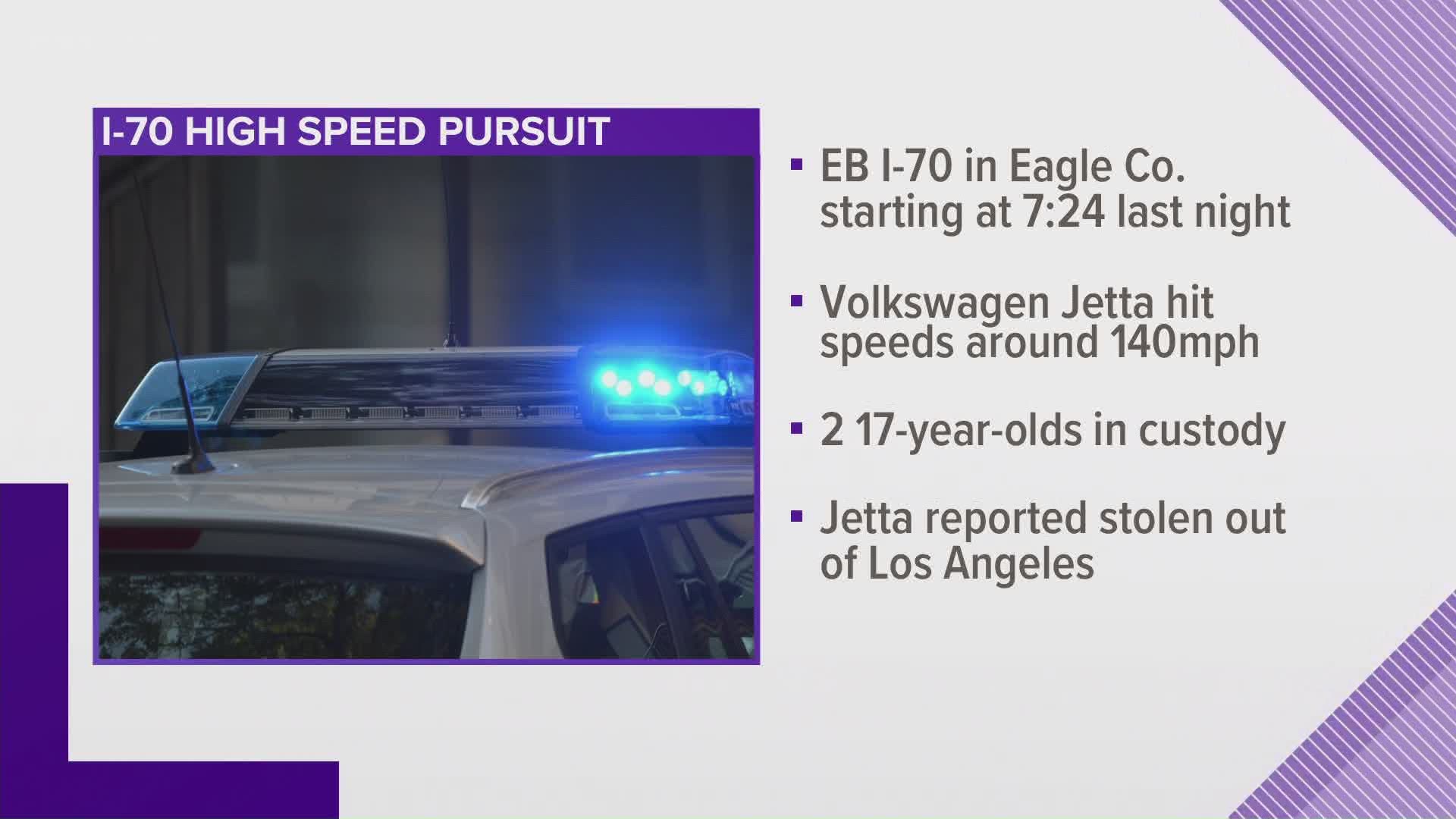 EAGLE COUNTY, Colo. — A multi-county vehicle pursuit that started on Interstate 70 near Gypsum involved a vehicle driving at speeds of 140 mph and ended with a crash Thursday night, according to Colorado State Patrol (CSP).

The 17-year-old suspect, who CSP said fled from the scene following the crash, was subsequently found and taken into custody early Friday morning. A female, also 17, was a passenger in the vehicle, CSP said.

CSP said the vehicle — a Volkswagen Jetta — was reported stolen out of Los Angeles.

CSP laid out the following timeline with respect to the pursuit:

CSP said multiple charges are pending for the driver.