The suspects are wanted in three metro Denver bank robberies that occurred since Nov. 19. 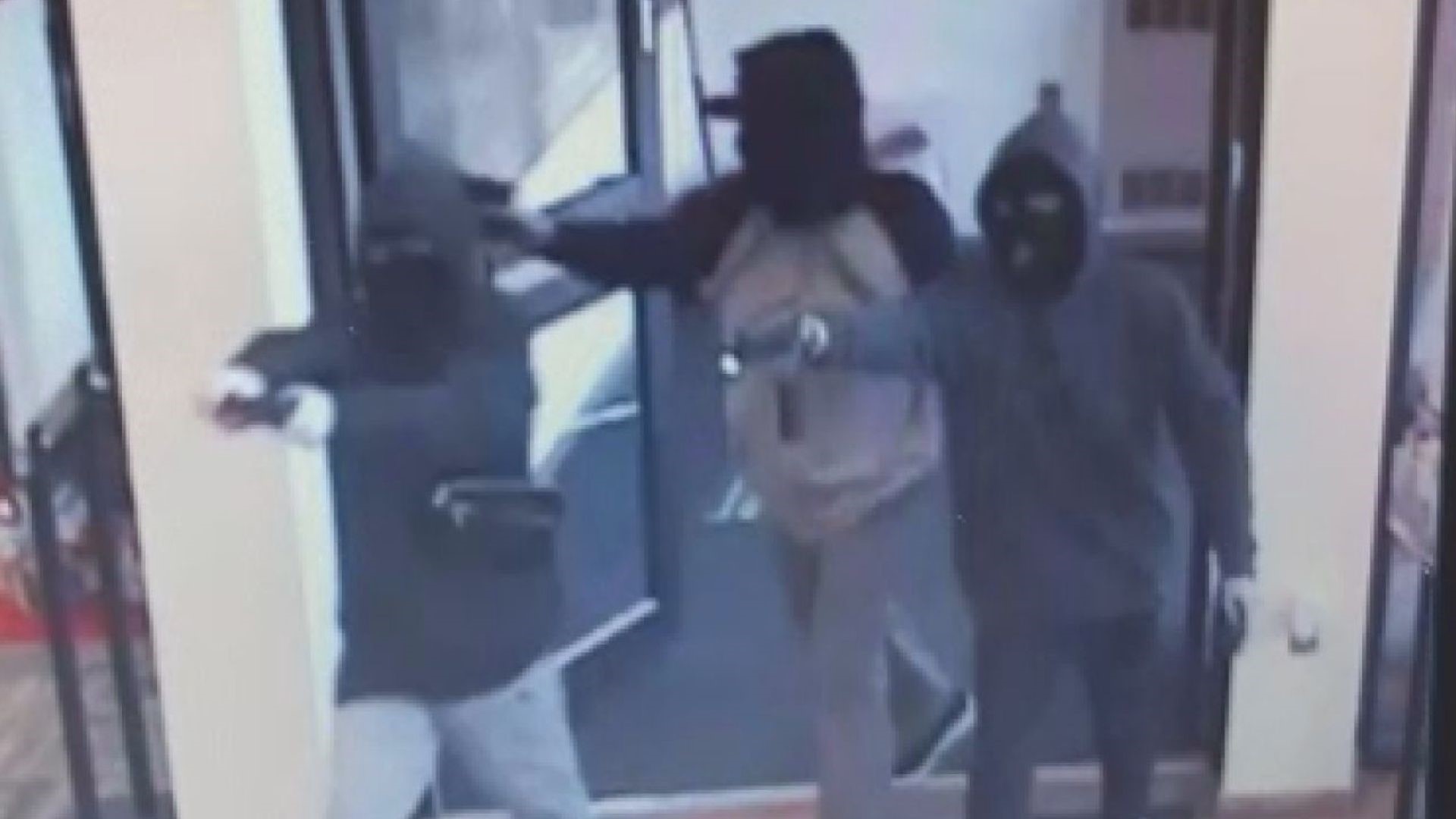 The three suspects and another man are believed to have been involved in three “takeover-style” bank robberies that have occurred in metro Denver since Nov. 19, according to the FBI Safe Streets Task Force.

They've since been dubbed the "Bottleneck Bandits" due to the way they were seen in surveillance footage bottlenecked while trying to go through a bank doorway.

> Watch the surveillance footage in the video player above.

During the Dec. 8 robbery at the Bank of the West at 12080 Colorado Blvd. in Thornton, police said one of the men leapt over the counter and pistol-whipped a bank teller, who suffered minor injuries.

In each of the three robberies, police said the suspects entered the bank with their weapons drawn and threatened employees before leaving in an unknown direction. All four suspects are described as white or Hispanic men who are between 20 to 30 years old. At the time of the robberies, they were seen wearing hoodies and gloves.

The FBI said the suspects fled one robbery (seen in the video above) in a stolen 2000 red Lexus with Colorado license plate No. IHQ-472. The FBI would not specify which robbery this video is associated with, or another clip where the men are seen running out of a bank with cash in hand.

Here are the details about each robbery:

Police are asking the public to look out for anyone who matches the suspects’ descriptions, or to contact law enforcement if they notice someone who has recently changed their spending habits or acted like they suddenly came into money.

Anyone with information about the robberies is asked to call the FBI Rocky Mountain Safe Streets Task Force at 303-629-7171. Anonymous tips can be submitted to Metro Denver Crime Stoppers at 720-913-STOP.

Information that leads to an arrest could come with a $5,000 reward.