The incident happened after a deputy spotted a vehicle associated with a wanted person. 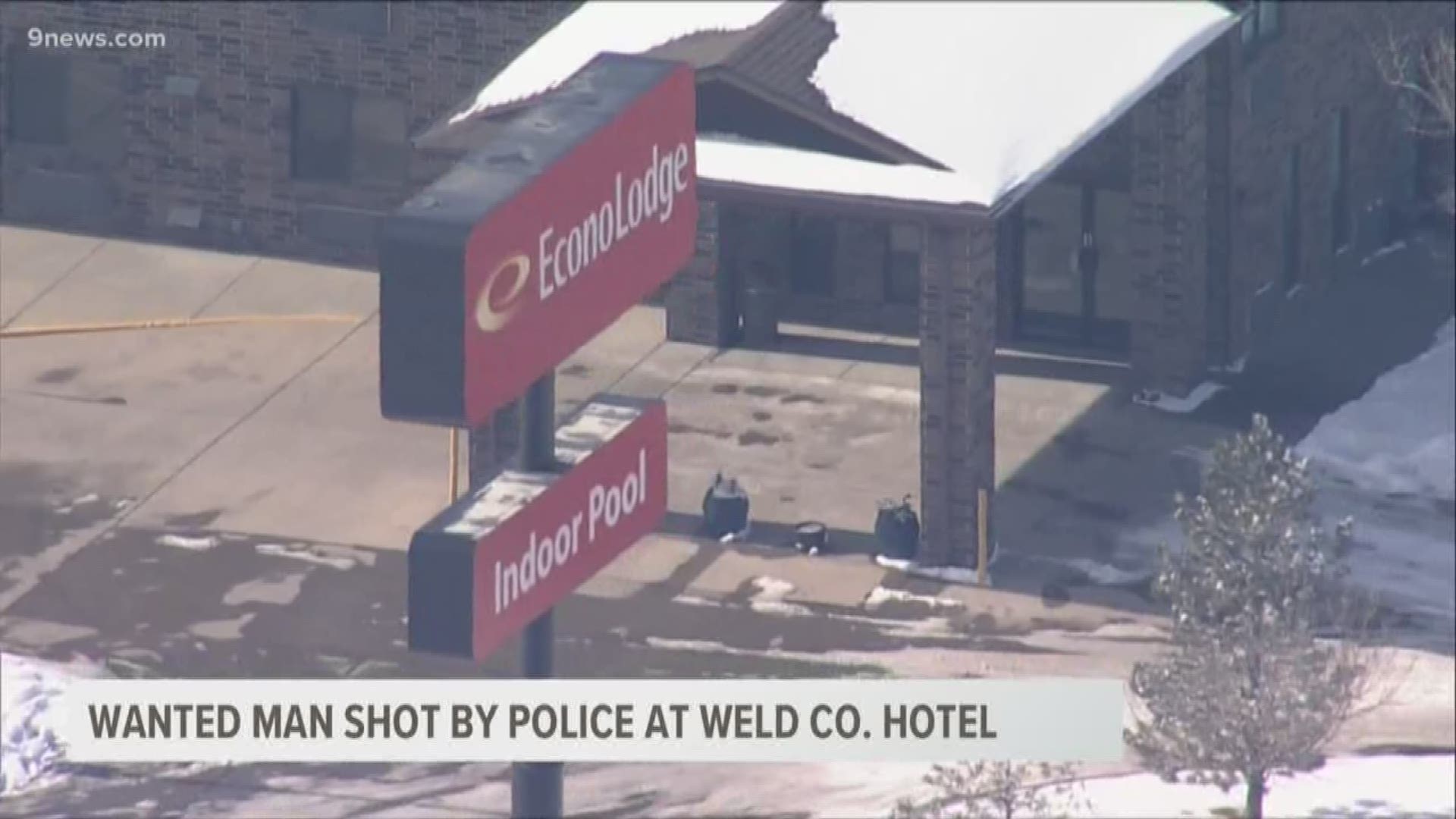 GREELEY, Colo. — A suspect was arrested on a felony warrant after a confrontation with officers Thursday evening at an Econo Lodge, according to the 19th Judicial Critical Incident Response Team.

Just before 5 p.m. Thursday, a deputy with the Weld County Sheriff’s Office (WCSO) was on patrol near the Econolodge at 10811 W. Interstate 25 when he or she spotted a license plate associated with a wanted person.

The deputy requested assistance, and two officers with Firestone Police department responded. The WCSO deputy and Firestone officers contacted the suspect in a hotel room.

No officers were injured. Jesser was arrested on a felony warrant.

Jesser will also be charged with criminal attempt to commit first-degree murder.

No further information is being released due to the ongoing investigation by the 19th Judicial Critical Incident Response Team.