Michael Kuhlow, 33, is accused of stabbing three family members Saturday night, killing one of them. 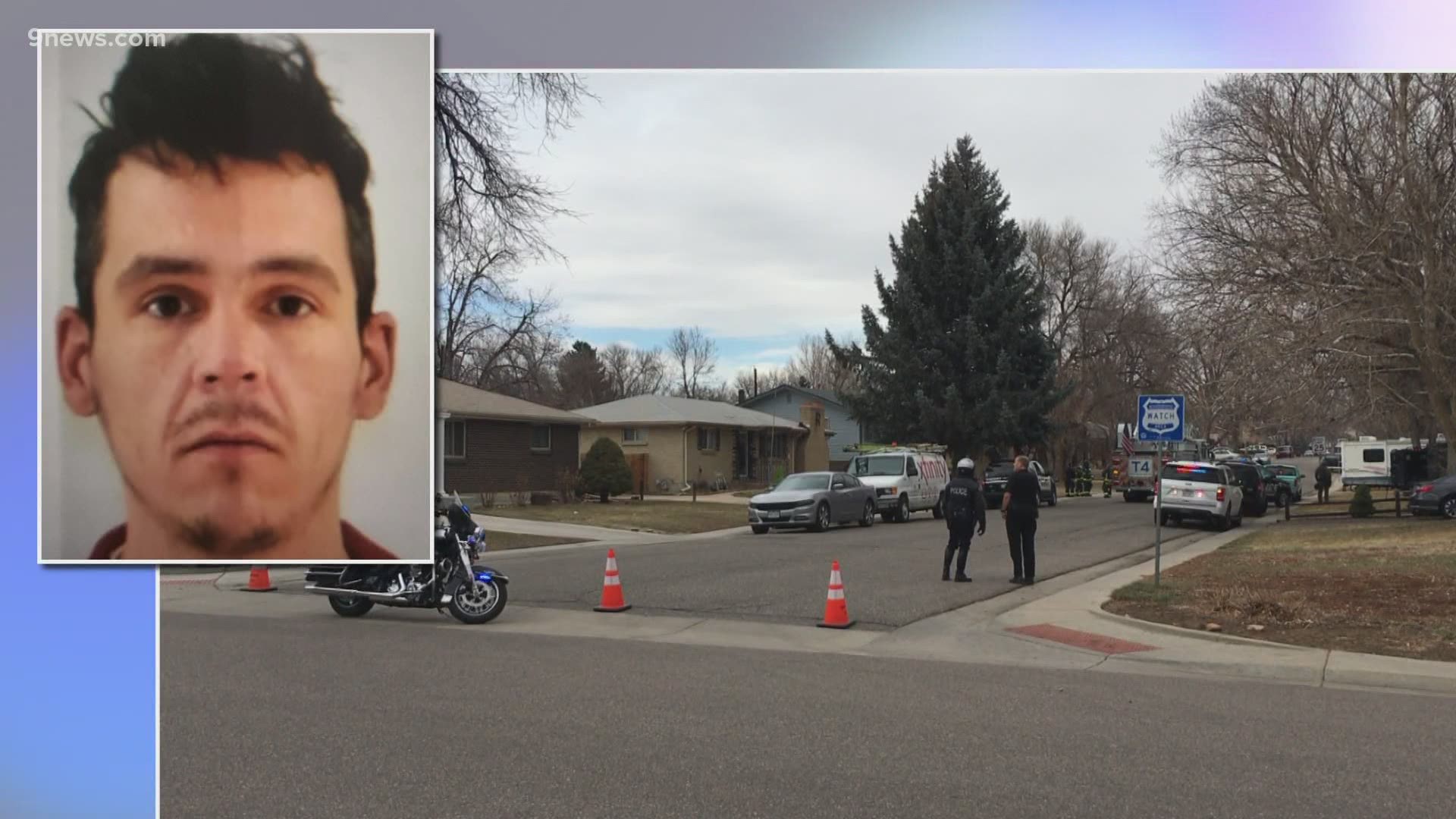 ARVADA, Colo. — Editor's note: An earlier version of this story incorrectly identified the suspect in a January 2021 Arvada Police Department affidavit outlining suspicion of at-risk elder criminal exploitation, criminal mischief and harassment. The story has since been updated.

The Arvada Police Department (APD) took a suspect into custody Monday in the stabbing of three family members on Saturday night.

Michael Kuhlow, 33, was arrested on Monday after APD received information that he had returned to the house in the 8400 block of Chase Street where the stabbing had occurred two days before, APD said in a press release.

APD attempted to contact Kuhlow about 8:30 a.m. Monday at the house. When they got no response, the Jefferson County Regional SWAT Team responded to the scene. Kuhlow talked with family members from a landline inside the house and indicated he knew officers were outside, APD said.

Kuhlow was taken into custody about 1:15 p.m.

Credit: Jennifer Campbell-Hicks
The Arvada Police Department surrounds a home in the 8400 block of Chase Street on March 8, 2021, to arrest Michael Kuhlow, 33, in the stabbing of three family members.

The stabbing was reported at 7:43 p.m. Saturday in the 8400 block of Chase Street, and the suspect left the scene. A man and a woman were taken to the hospital in critical condition, APD said, and the man died. The third victim had non-life-threatening injuries.

An APD spokesman said the deceased victim was Kuhlow's grandfather and the hospitalized woman was his grandmother.

Kuhlow was arrested on suspicion of:

Kuhlow's twin brother, 33-year-old David Kuhlow, had previously been taken into custody on suspicion of at-risk elder criminal exploitation, criminal mischief and harassment, according to an affidavit that details a history of six reports since July 2020. APD filed the affidavit after visiting the Arvada home where David Kuhlow lived with his grandparents.

Arvada officers attempted to contact David Kuhlow on Jan. 4, but were unable to, and on Jan. 5, a restraining order against David Kuhlow was granted out of the Jefferson County courts, says the affidavit.

The Jefferson County Sheriff's Office (JCSO) tried to serve a protection order to David Kuhlow on Jan. 5, but the affidavit says David Kuhlow changed the locks on the doors and deputies were unable to enter the home.

JCSO returned to the Arvada home on Jan. 19 and were able to enter, where they found David Kuhlow hiding in a basement closet and took him into custody.

During the time David Kuhlow avoided sheriff's deputies, his grandparents reported they had been staying in a local hotel because they feared for their safety and that David Kuhlow changed all the locks on the home, the affidavit says.

David Kuhlow was being held in the Jefferson County jail.

> Information about Metro Denver Crime Stoppers can be found here.