'God took him before we got the chance': Suspect identified in 1981 killing of 18-year-old woman 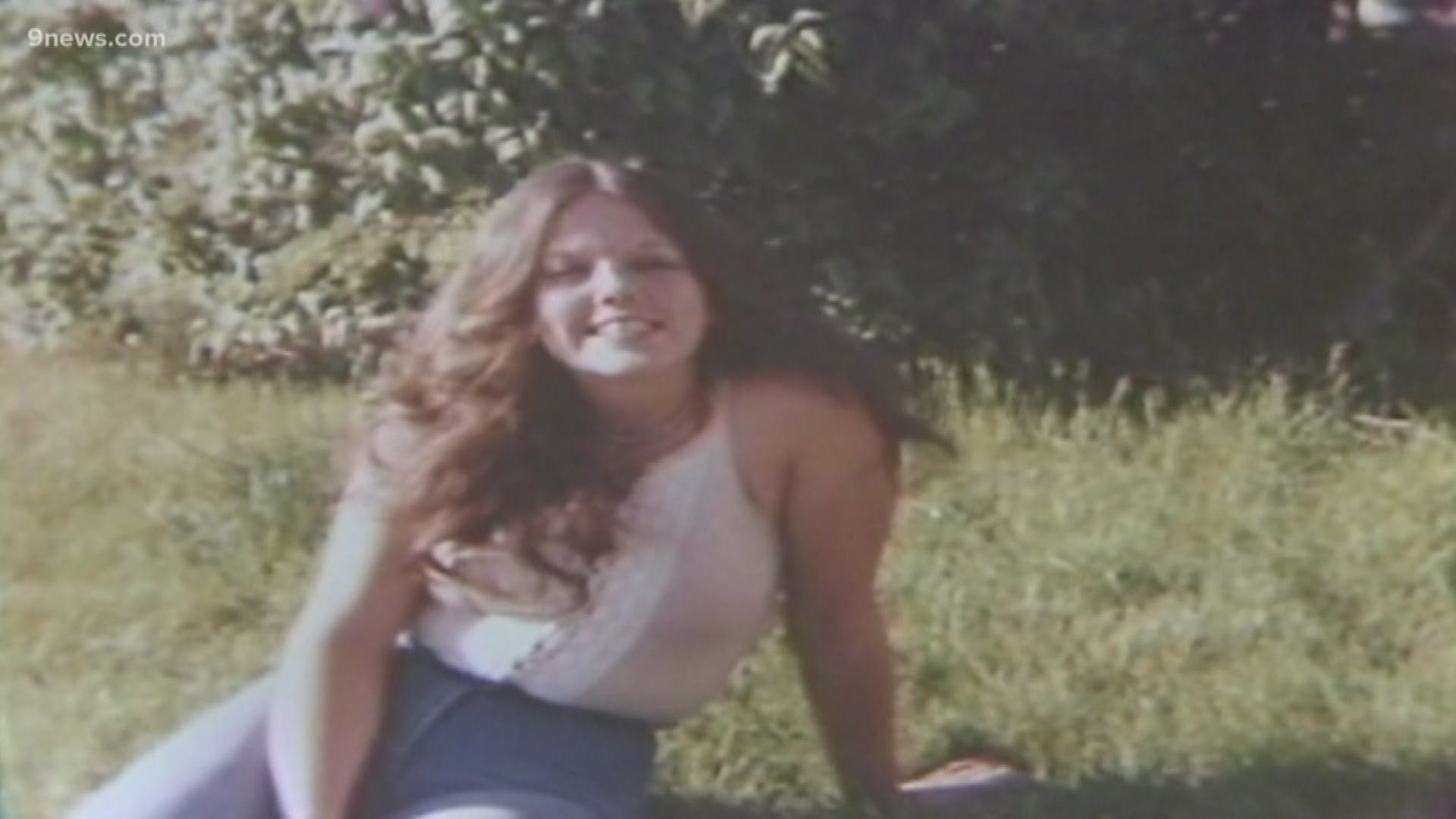 JEFFERSON COUNTY, Colorado — Jefferson County sheriff’s investigators have identified Donald Perea, who died in 2012 due to health-related issues, as the suspect in the 1981 murder of an 18-year-old woman whose body was discovered by picnickers in Genesee Park – the latest case apparently solved through cutting-edge DNA work.

Investigators also said Perea, a convicted rapist, sexually assaulted Jeannie Marie Moore, who disappeared on Aug. 25, 1981 after leaving home to work at a gas station in the 1300 block of Wadsworth Boulevard.

"Witnesses watched her get into an older Ford Galaxy or LTD red in color. The door had to be assisted and then opened by the driver," said Elias Alberti an investigator with the Jefferson County Sheriff's Office.

Five days later, Moore's body was found by picnickers in Genesee Park south of Interstate 70, according to CBI. An autopsy showed that she died from blows to the head.

"Donald Perea was 23 when he kidnapped Jeannie from the area of I-70 and Harlan, sexually assaulted and killed her," Jefferson County Sheriff Jeff Shrader said.

The cold case got a new look in 2008 and DNA that was collected from the crime scene was uploaded to Combined DNA Index System (CODIS) in 2011 but no matches were found.

In May 2019, DNA experts took another look at the DNA with the hope that new technology would help them find a familial match. 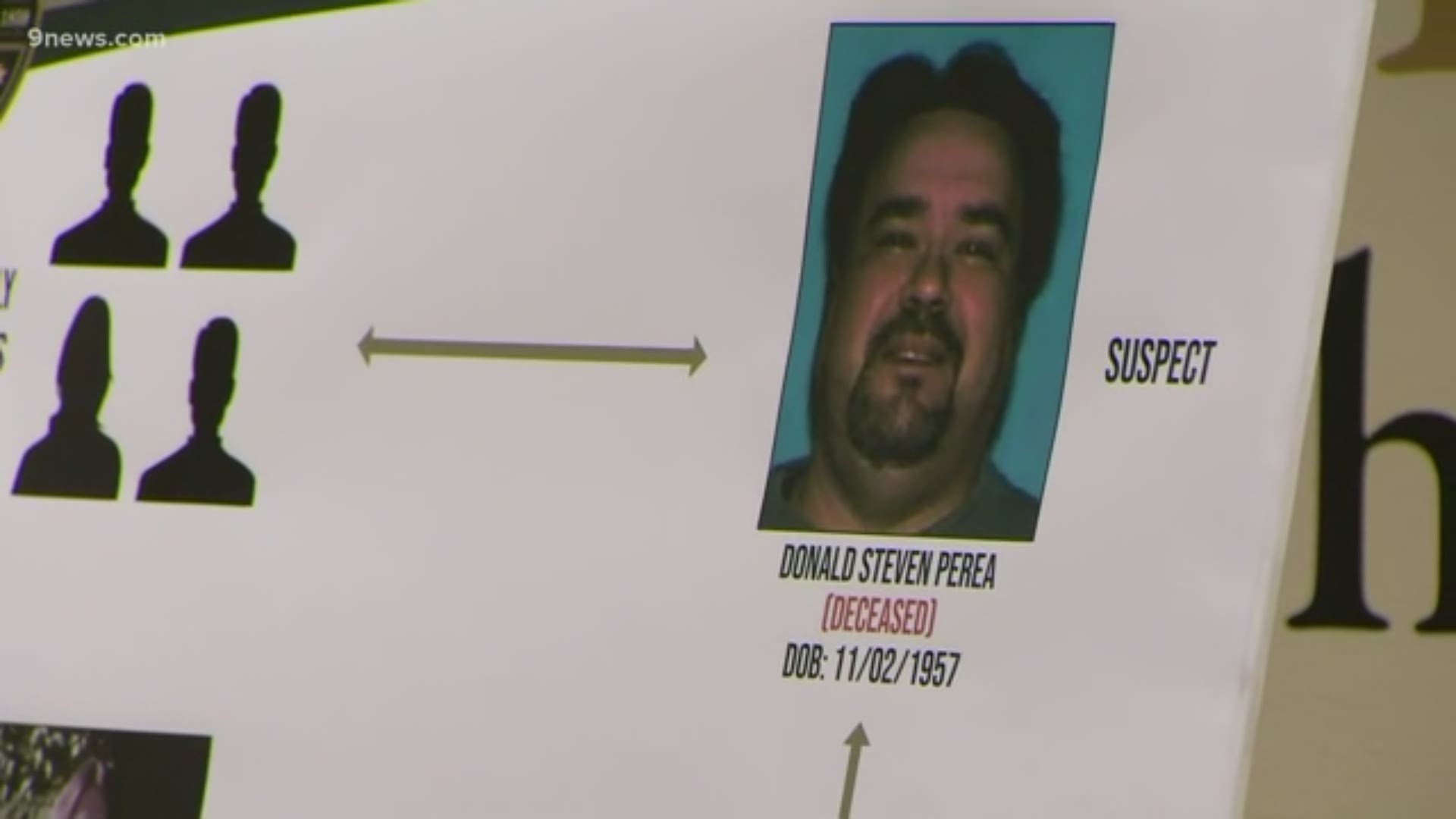 Mitch Morrissey, the former Denver district attorney whose company works to solve cold cases through the use of DNA technology, said Perea was identified through the use of so-called “genetic genealogy,” an emerging forensics field that has helped solve dozens of cases across the country the past 18 months, including at least one other in Colorado.

"I would tell you that based on the statistics in DNA, this is the guy. There's nobody else out there in the world have a statistic like we have in this case," Morrissey said. "This is the man who killed this victim some 40 years ago."

"For me, the only thing that is not a good thing about today is that we cannot hold this individual accountable," Morrissey said. "God took him before we got the chance, but I would have liked to have seen him held accountable for this."

Investigators said Moore's parents are no longer living, but said she had six siblings. They said they had contacted some of her family members to notify them about the identification of Perea, but did not specify whom they spoke with.

"While her family is pleased her killer has been identified, they're still struggling with memories and the pain this discovery has brought back," Shrader said.

He also read the following statement from her family:

"We would like to thank the JeffCo Sheriff's Office for all their hard work. Jeannie Marie Moore was kind and loving in all ways. She was sincere and true in her heart and mind. She has left behind beautiful memories."

Here’s how genetic genealogy works: Investigators take DNA left at a crime scene and compare it to profiles available on an open-source DNA database, hoping to find relatives.

If investigators can identify relatives, they then build a family tree that can lead them back to potential suspects. In this case, investigators were able to locate the biological daughter of Perea and collect DNA from her.

"We would not be here today if it wasn't for the gracious gratitude and help of his family members in helping identify that he was the suspect and to give us closure in that case," Alberti said.

Usually, a follow-up DNA test is performed, often by following a suspect and surreptitiously picking up something that’s been discarded, such as a soda can or a piece of plastic silverware.

That was not an option since Perea was deceased. 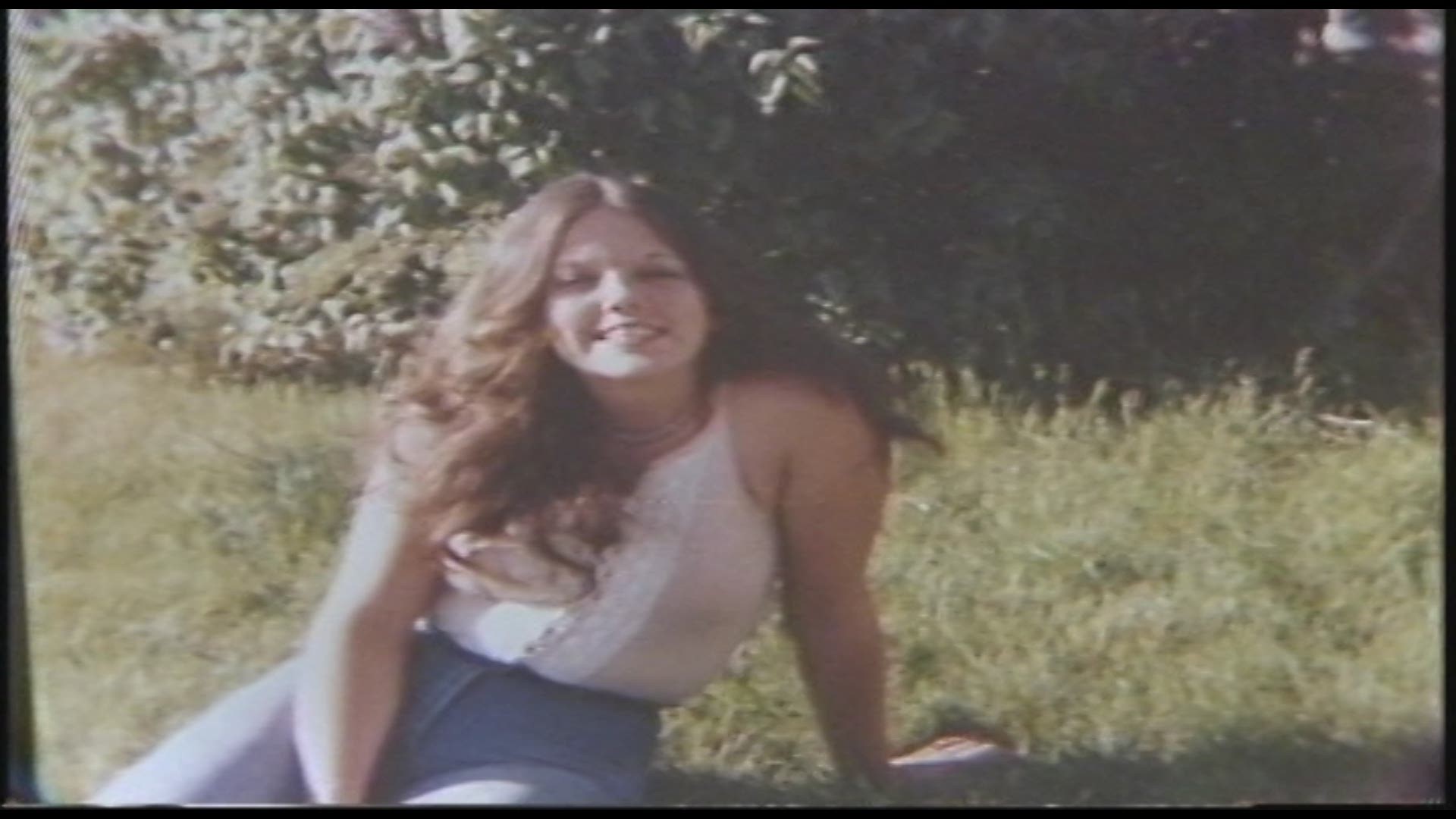 In rare cases, authorities can exhume the body of a suspect to obtain a DNA sample. In this case, they didn't have to because they found Perea's family members, who were cooperative.

Sites like Ancestry and 23 and Me prohibit law enforcement from utilizing DNA profiles uploaded to them. Other sites, like GEDmatch and Family Tree DNA, allow it.

This type of technology gained widespread attention after it was used to identify a suspect in 13 murders in the 1970s and ‘80s attributed to the so-called Golden State Killer.

It has also led to two arrests in Colorado – one for a murder here, one in a California case.

In June, a 58-year-old Thornton man was arrested after investigators using genetic genealogy identified him as a suspect in the March 17, 1987, slaying of Darlene Krashoc, an active duty soldier who was stationed at Fort Carson.

Krashoc’s body was found behind a restaurant in Colorado Springs by officers who were on routine patrol. The night before the 20-year-old’s death, the department said she went to a club called Shuffles with fellow members of her unit. The coroner determined she had been strangled, and her body had been hidden behind the restaurant.

It was reopened for additional laboratory testing in 2004 and 2011, according to a news release from the Colorado Springs Police Department. That’s when investigators found an unknown DNA profile on several pieces of equipment. Police believed it belonged to a man.

In February, El Paso County sheriff’s deputies arrested a man now known as James Alan Neal at his home in Monument as a suspect in the July 6, 1973, rape and murder of 11-year-old Linda Ann O’Keefe in Newport Beach, Calif.

RELATED: How a relative's at-home DNA test led the hunt for a California killer to a quiet Colorado street

Neal – who was born James Albert Layton Jr. – faces multiple charges in the girl’s killing and in two other sexual assaults on children in California that occurred in the late 1990s and early 2000s.

RELATED: Timeline: Before 2019 arrest for a decades-old murder, James Neal had a different name and a criminal history