The man sprayed an employee with pepper spray when confronted as he shoplifted from the gift shop, DPD said. 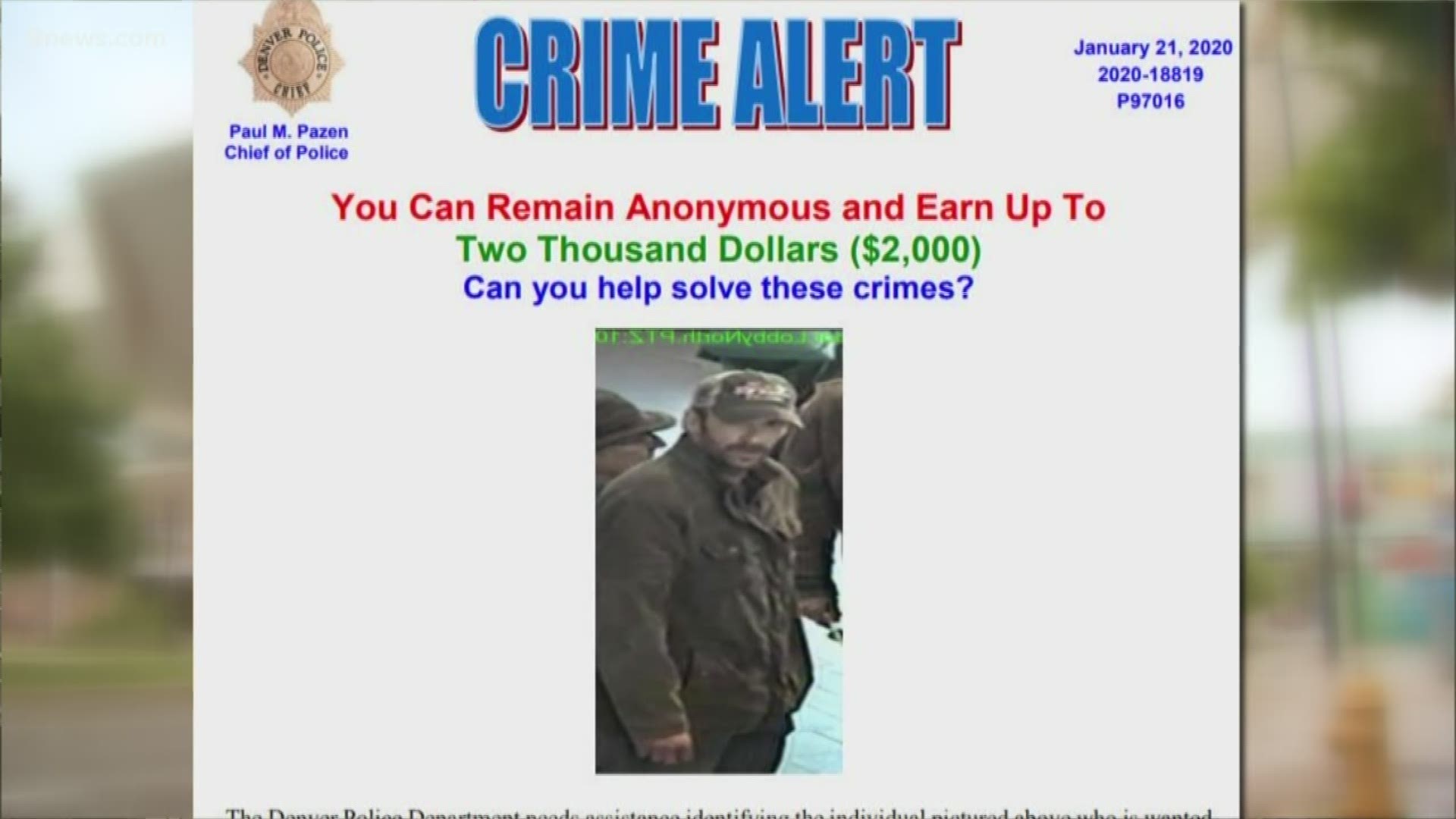 DENVER — The Denver Police Department (DPD) is asking for help to identify a man who's accused of stealing items from the Denver Art Museum (DAM) and assaulting an employee.

The incident happened on around 10:30 a.m. on Jan. 9, according to a bulletin from Denver Metro Crime Stoppers. DPD said the man was confronted by an employee while stealing from the museum's gift shop. They did not see what items he took.

The man sprayed that employee with pepper spray and then, according to DPD, ran from the museum.

Credit: Denver Police Dept.
A suspect who is wanted in connection with a theft at the Denver Art Museum

In a statement, DAM said the incident briefly affected air quality and that "out of an abundance of caution" the main floor of the Hamilton Building was temporarily evacuated. DAM said a few people-- mostly staff- were treated at the scene for effects of the pepper spray.

Within an hour museum operations returned to normal, according to DAM. The affected guests were officered new ticket times or refunds.

Anyone who recognizes the man or has information about the theft is asked to call Crime Stoppers at 720-913-7867.

Tipsters can remain anonymous and could be eligible for a reward of up $2,000. That tip line is answered 24 hours a day, 7 days a week.

Last year, a man pleaded guilty to criminal mischief after damaging 10 pieces of art at the museum in December 2018.

Jake Siebenlist bought a ticket to the museum on Dec. 9, 2018, entered a gallery on the fourth floor and caused nearly $100,000 in damages to art property, according to DPD.

As part of his plea agreement, Siebenlist had to pay restitution and stay away from the museum during his probation

The incident involving Siebenlist was the first such case of vandalism in the decades-long history of the Denver Art Museum.