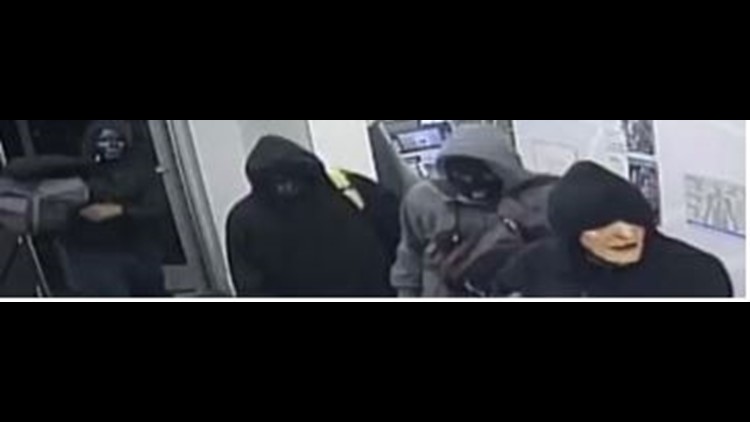 DENVER — Police are looking to identify four people who are wanted for robbing at least five marijuana dispensaries in three different cities.

According to Denver Police, the first hold-up happened Nov. 4 at A Cut Above located in the 1900 block of S. Broadway in Denver.

On Nov. 19, the group hit Green Heart Dispensary on East Quincy Avenue in Aurora. That is where 24-year old Travis Mason was shot and killed in June 2016 while working as a security guard.

Their next target was Frosted Leaf in Cherry Creek on Dec. 3.

Later that week, the suspects robbed Cherry Creek Dispensary off of E. Mississippi Avenue in Glendale.

Then on Dec. 11, Green Man Cannabis located in the 7200 block of E. Hampden Avenue was robbed.

In all of the robberies, the four suspects wore dark hooded jackets and masks to hide their faces. They were armed with multiple weapons, according to police.

Police said the suspects may be driving a silver 2009 Chevy Equinox.

Although a large reward is being offered in the 2016 killing of Mason at the Green Heart Dispensary and security photos of the suspects were released, his killers have never been found.

Photos of the persons of interest in the killing of Travis Mason.
Oravetz, Janet