Todd Stout was killed on July 5 and police on Friday released photos of a light SUV they believe the suspect was in. 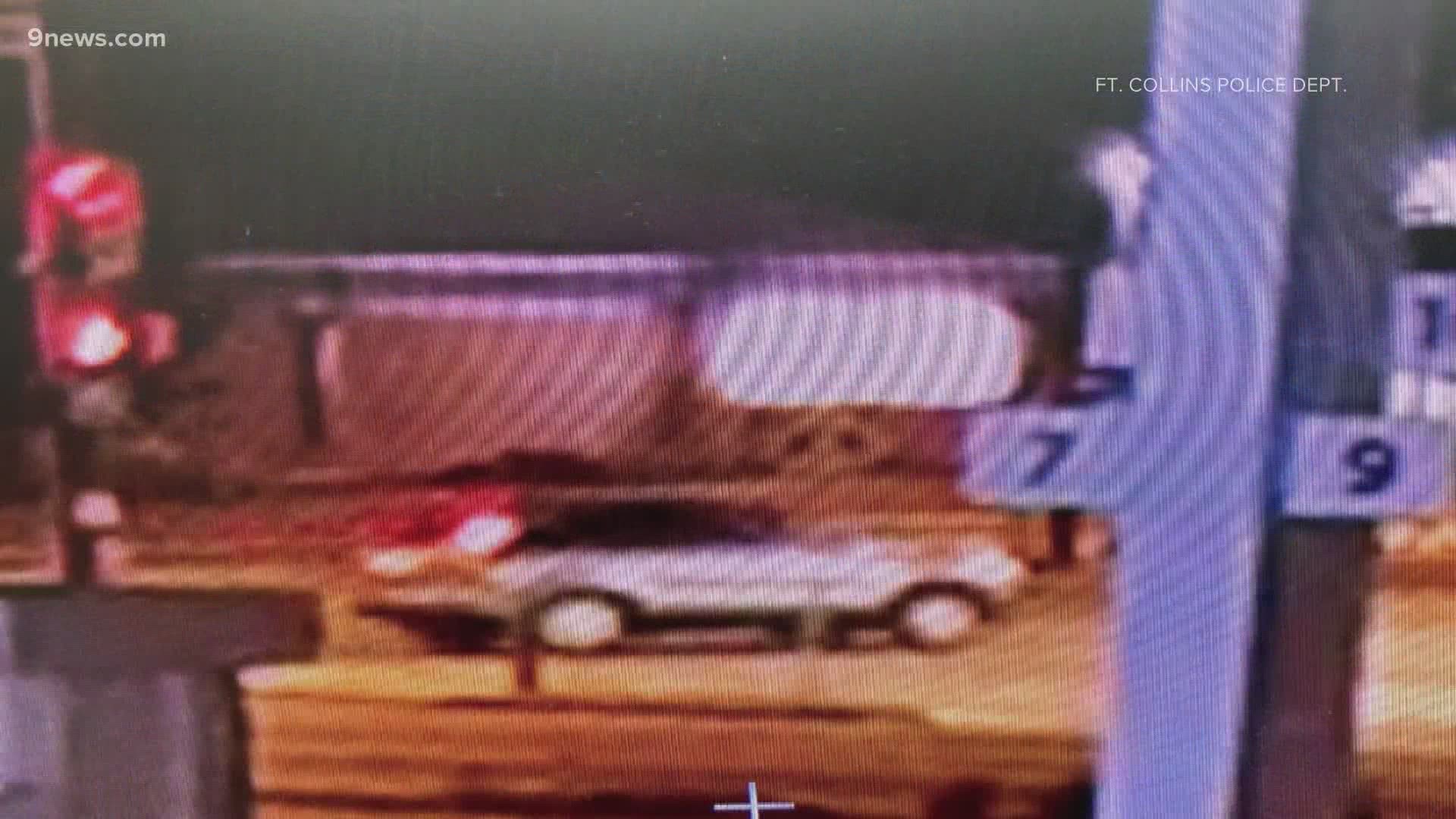 FORT COLLINS, Colo. — Fort Collins Police Services (FCPS) released a video Friday of a vehicle that might be connected to a homicide that occurred in the early morning hours of July 5.

Investigators determined that the attack on Todd Stout likely occurred around 1 a.m. in the 4600 Block of Mason Street.

“We don’t know who committed this heinous crime or why they chose to target Todd. There’s been public speculation that the suspect was also homeless, but it's neither fair nor accurate to draw that conclusion without any evidence,” FCPS Chief Jeff Swoboda said.

“We build cases on facts, not assumptions. Our investigators are pursuing every lead to find out what happened so the perpetrator can be held accountable," Swoboda said.

Based on evidence obtained from the area, a person believed to be the suspect arrived in a light-colored compact SUV and walked to the bridge where Stout was temporarily living.

Credit: Fort Collins PD
A vehicle seen in the area when a man was fatally attacked in Fort Collins.

A short time later, the suspect returned to the vehicle and left the scene. The vehicle traveled west on Harmony Road, then turned south on Shields Street. according to FCPS.

Anyone with a home security system in this area is asked to contact police if video captured suspicious individuals or SUVs resembling the suspect’s vehicle. Detectives are particularly interested in any information or relevant footage from midnight to 3 a.m. on July 5.

Anyone with information is asked to contact the FCPS Tip Line at 970-416-2825 or tipsline@fcgov.com. People who wish to remain anonymous can also contact Crime Stoppers of Larimer County at 970-221-6868.

Anyone who provides information leading to the identification and arrest of a suspect in this case may be eligible for a $2,000 cash reward.

FCPS is coordinating with local organizations to host a support meeting for our homeless residents grieving the sudden loss of two community members. More information will be made available through local social service providers.