Teen accused of shooting at Aurora officers during traffic stop

The 16-year-old now faces two counts of attempted homicide related to the Sept. 17 incident in Aurora. 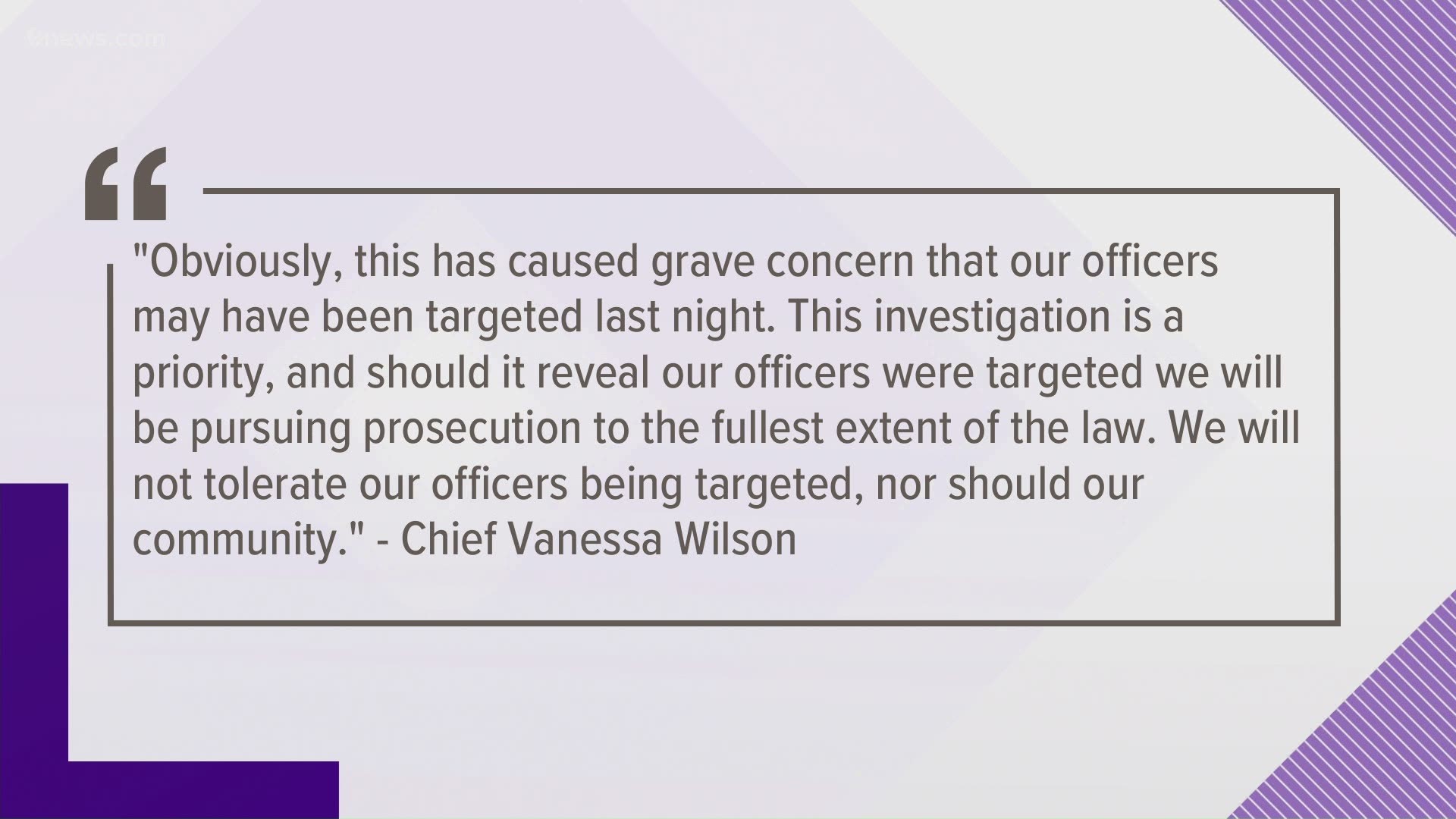 AURORA, Colo — A teen now faces two counts of attempted homicide after firing a weapon near Aurora police officers during a traffic stop last month, according to an update from the Aurora Police Department (APD).

The name of the 16-year-old male is not being released at this time due to his age.

Just after 9:30 p.m. on Sept. 17, APD officers were conducting a traffic stop in the 13600 block of East Iliff Avenue when they heard several gunshots. That's just west of Interstate 225.

Officers located a vehicle nearby and initially arrested the juvenile inside for possession of a firearm by a juvenile, APD said. At the time, APD Chief Vanessa Wilson said they were trying to determine if the shots fired in the area were intended for the officers.

"Obviously, this has caused grave concern that our officers may have been targeted," she said last month. "This investigation is a priority, and should it reveal our officers were targeted we will be pursuing prosecution to the fullest extent of the law. We will not tolerate our officers being targeted, nor should our community.”

RELATED: Teen shot in the back while riding in an SUV