These are the top 10 most stolen cars in metro Denver 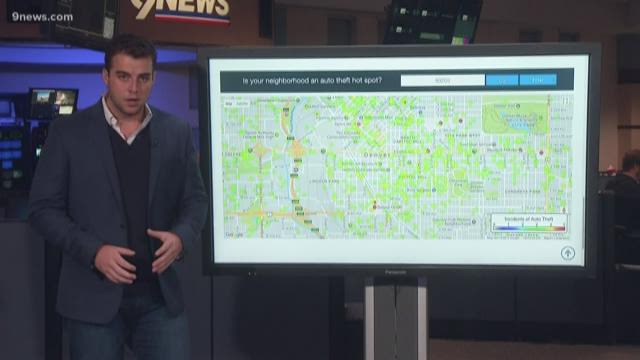 Since 2014, metro Denver auto thefts have risen 65 percent. That's according to Coloradans Against Auto Theft, or CAAT.

The rise comes as more people with cars come to Colorado, increasing the number of available opportunities for thieves.

“One of the most common factors we see is ease of access and the amount of targets that are there,” said Sgt. Josh Vasconcellos with the Denver Police Department.

Vasconcellos oversees District One in the Northwest Portion of Denver, where year to date, more than 750 cars have been stolen.

MAP: Here's where cars are stolen the most in metro Denver

“The thieves are shopping like we are. They're shopping for certain makes and models of cars,” added Carole Walker with CAAT. “And a stolen vehicle is involved in all of those crimes. Especially in drug crimes, robberies, home invasions- these all involve a stolen vehicle.”

Areas with the most stolen cars tend to be streets crowded with cars and parking lots. Vasconcellos and Walker agree that thieves are looking for easy access, so something as simple as moving a purse inside can deter a thief. Even staying outside to scrape ice off your car while it warms will keep it safer.

“It's the conversation,” Vasconcellos said. “Having that conversation with people in the community and being able to talk to them about what's going on is so important.”

Vasconcellos says criminals will learn to break into one car. They then tend to stick with stealing those cars as they get better at breaking into them.

The top ten most stolen cars in Metro Denver are: