They shot 2 teens execution style, then headed to a party, confession reveals

A confession by one of the suspects reveals a group of three men drove around with the victims as Natalie Partida begged for her life. 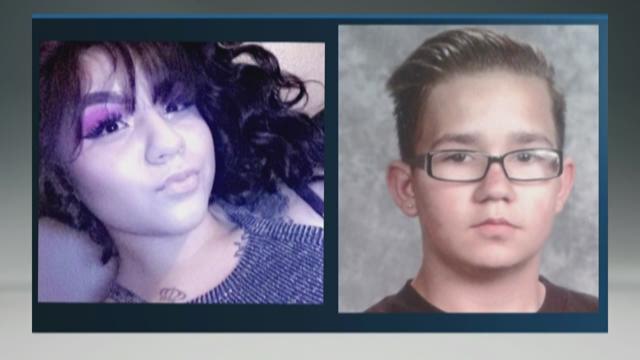 A 19-year-old suspect in the brutal killing of two teens in El Paso County says two other men shot them execution style while he watched, according to a court affidavit.

Gustavo Marquez, also known as “Tavo,” relayed the horrific details in a confession to police one week after the crime.

The bodies of Derek Greer and Natalie Partida were discovered on the side of Old Pueblo Road, which runs along I-25 south of Fountain, on March 12, 2017, first thing in the morning.

They had both been shot multiple times at that very spot on the side of the road, police determined.

The court documents reveal a group of three men drove around with the victims as Partida begged for her life, eventually ordering them out of the car to be shot, execution style.

At the beginning of their investigation, police discovered the last person to see the teens alive had seen them leaving a home with Marquez the night before they were found dead.

When contacted by police at his home in Fountain two days after the murdered bodies were discovered, Marquez told police he was driving around looking for a party, and eventually lent his car to a female acquaintance who wanted to go see her drug dealer to buy some cocaine.

He said later, two men he didn’t know returned his car, a 2002 Ford Escort, to him with some damage to the front bumper.

The El Paso County Sheriff’s Office pinged Marquez’s cell phone number and discovered it had accessed the tower in the area where the homicide occurred, near Old Pueblo Road and Hanover Road, the affidavit says.

Days later, on March 19, police were called to a report of a man walking in the street in Colorado Springs. The man they contacted was Marquez, who told the officer he had information on the double homicide.

That’s when he revealed a sickening account of what happened to the 15 and 16-year-old victims.

Marquez told police he picked up two friends, known as Diego and Casper (Diego Chacon, 18, and Marco Antonio Garcia-Bravo, 20, respectively), and they began driving around in Marquez’s Ford Escort.

According to Marquez’s confession, Chacon pointed a gun at Natalie Partida’s stomach as she begged for her life during the drive, at one point offering her her cell phone to say goodbye to her family on Facebook.

When Chacon, Marquez, and Garcia-Bravo arrived to the area of Old Pueblo Road, Marquez said they forced Partida and Greer out of the car and into the “execution position.”

Both victims were shot multiple times.

Once the execution-style killings were over, the group headed to a party in Colorado Springs, the arrest affidavit reveals.

Marquez told El Paso County investigators his car was damaged when Garcia-Bravo crashed it into a guardrail on their way to get gas before the party.

Other interviews with police indicate the killings could have been spurred by a stolen purse during a party. In all, ten suspects have been arrested in connection with the murders.

One of those men, Joseph Rodriquez, 18, is alleged to have told a female acquaintance he wanted to kill the teens over the stolen purse and other items, according to the affidavit released Aug. 3.