The incident started as a pursuit in Brighton and ended when the suspect crashed into a Thornton Police vehicle, police say. 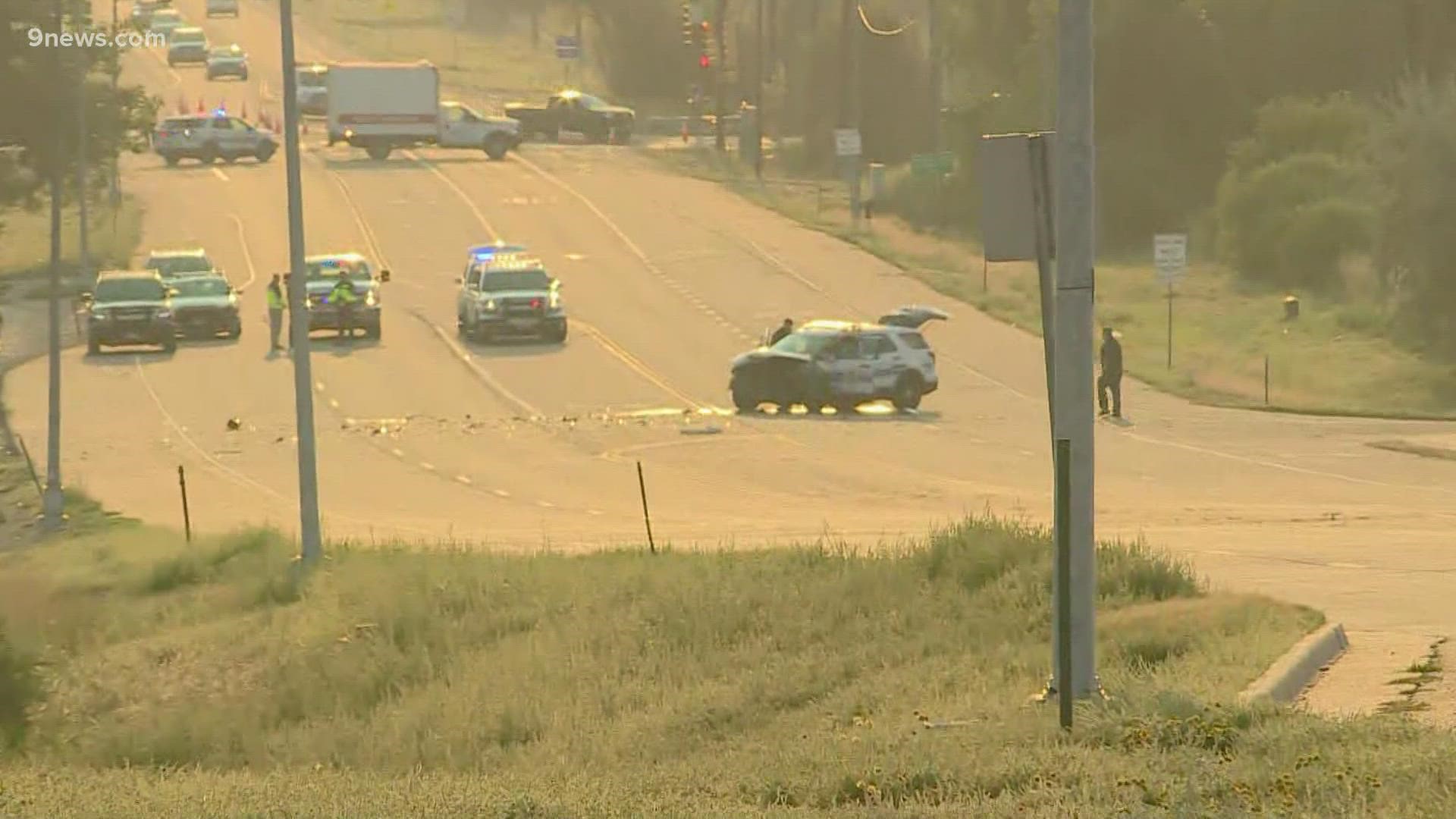 THORNTON, Colo. — A man, a woman and a Thornton Police (TPD) officer have been transported to the hospital after a two-vehicle crash early Tuesday morning.

The incident started as a pursuit by Brighton Police (BPD), who contacted TPD to assist, according to a tweet from TPD.

The suspect was wanted for several charges including first-degree assault on a peace officer, TPD said.

When units arrived in the area, the pursuit was terminated, police said.

Shortly after the pursuit was terminated, the suspect vehicle hit a TPD patrol car on 104th Avenue between Riverdale Road and Colorado Boulevard.

The man and woman in the suspect vehicle were taken to the hospital with serious injuries, and the officer was also transported with injures, TPD said.

On Wednesday, TPD said the officer and the female passenger were released from the hospital, while the male driver remained in the hospital with serious injuries.

The crash closed down 104th Avenue for several hours and police advised travelers to use alternate routes.

TPD first tweeted about the crash just before 4:30 a.m.

THE LATEST: Man, woman, and Thornton Police officer injured in crash during pursuit for suspect wanted on several charges including 1st degree assault on a peace officer.https://t.co/qj7MxTKZ4D #9News pic.twitter.com/6KRBsIAyBQ