Thousands of illegal marijuana plants seized along the Front Range

Local law enforcement is searching more than 20 locations in the Denver metro as part of an operation to shut down an organization that ships pot out of state. 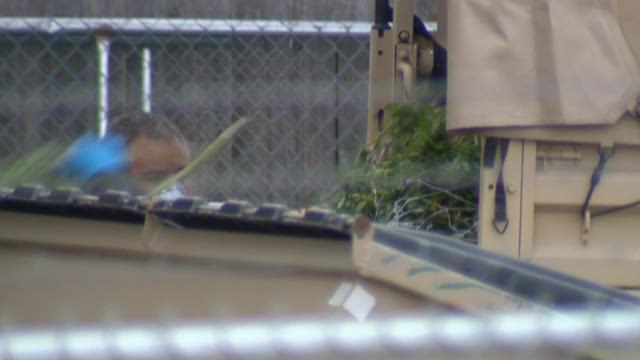 Local law enforcement searched more than 20 locations as part of an operation to shut down an organization that ships pot out of state.

A source close to the investigation explained to 9Wants to Know that in this case the “organization” doesn’t mean a cartel – it’s people working together.

In this case, sources told 9Wants to Know local people were a part of the group growing marijuana to ship it exclusively out of state in violation of Colorado and federal law.

1 / 9
A massive illegal pot bust stretched from Northglenn to Colorado Springs on Thursday.

9Wants to Know has learned this investigation has been going on for months.

Sources tell 9NEWS the search locations include businesses that grew pot, as well as members’ residences and locations where pot was grown.

Agents have seized pot, guns and money as part of this operation.

During the raid, 9Wants to Know went to a home in Castle Rock. County property records assess the home at $891,394 and show Michael Stonehouse, 52, as the owner.

9Wants to Know saw a man in handcuffs being escorted by Castle Rock police out of the home.

A check of the Douglas County jail records shows an arrest for Michael Stonehouse from Thursday morning.

A search of a court database shows a Michael Stonehouse arrested on March 16. A grand jury indicted Stonehouse on multiple counts including several marijuana-related charges, money laundering and charges related to racketeering.

9Wants to Know has confirmed that Stonehouse was one of several people arrested as the result of this bust.

9Wants to Know has checked with the Arapahoe County courts several times Thursday and was told the indictment that would detail what led to the raid remains sealed.

Two law enforcement sources tell 9Wants to Know during the search of locations, at least two hash oil labs were found. They were not producing at the time. Investigators seized hash oil at the locations.

Butane is used in hash oil labs. The extraction process has resulted in various fires and explosions throughout the Denver metro area.

One of the many locations hit by law enforcement Thursday was a warehouse off Peoria and Interstate 70 in Denver.

There, 9Wants to Know has learned, investigators seized anywhere from 2,000 to 5,000 plants.

A large Colorado National Guard vehicle was loaded up with plants Thursday morning.

Video: sources say this pot was grown to ship out of colorado which is against CO & fed law #9NEWS @9WantsToKnow pic.twitter.com/2MNmeSw0ap

The DEA tells 9Want to Know, it occasionally asks the Guard’s counter drug unit for heavy lift assistance, when grows are large.

9Wants to Know knocked on the doors of neighbors in the 7300 block of S. Valdai Circle in Aurora, where detectives seized a large number of plants.

One neighbor didn’t want to speak to 9NEWS, another didn’t know he had a pot grow nearby.

This is not the feds coming in to break up the Colorado pot industry, 9Wants to Know was told.

The DEA told 9Wants to Know that it was assisting the 18th Judicial DA’s office in this case.

Members of multiple area drug task forces, as well as Arapahoe, Denver and Douglas County law enforcement, joined by El Paso and Elbert County deputies are a part of this operation.

“I appreciate the public interest in the ongoing law enforcement operations. Because they are ongoing, we will not be making any statement until all operations are completed and everyone’s safety is ensured. At that point, ethics rules will limit the type of information that can be shared.”