Four men were killed in the April 2019 crash on Interstate 70 in Lakewood. 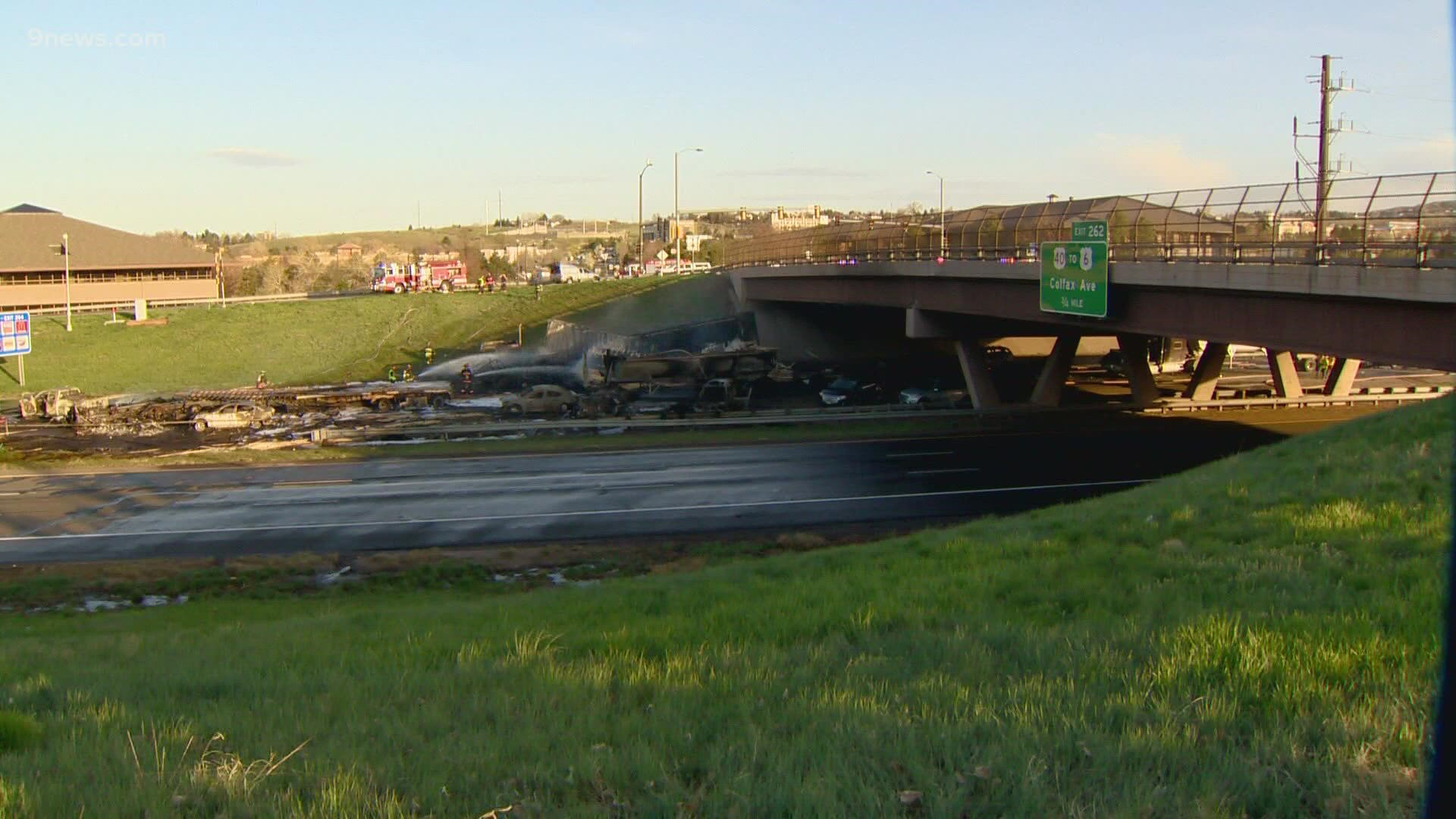 LAKEWOOD, Colo. — Jury selection begins Friday in the trial for the man accused of causing the 2019 fiery crash on Interstate 70 in Lakewood that killed four people.

Rogel Aguilera-Mederos faces 41 charges including vehicular homicide, assault and attempted assault. According to an arrest affidavit, he told investigators that the brakes on his semi failed just before the accident.

Ten other people were treated for injuries following the April 25, 2019 crash that involved 24 passenger vehicles and four semi-trucks.

Four men died in the crash:

According to Lakewood Police (LPD), Aguilera-Mederos was at the wheel of a tractor-trailer rig hauling lumber on I-70 around 5 p.m. when it barreled into a traffic backup at speeds estimated as high as 100 mph.

RELATED: How often do semis use runaway truck ramps? And how do they get back down after?

He said his brakes went out while coming down the highway from the mountains. Prosecutors said they have no way to prove that because his semi was destroyed in the crash.

Moments before the fiery crash Josh McCutchen was live streaming on YouTube while driving when a truck flew past him.

Watch his video below.

At the time of the crash, Aguilera-Mederos was working for Castellano 03 Trucking LLC, based in Houston. The trucking company has a documented history of safety issues, including prior problems relating to brakes.

Opening statements in the trial are expected sometime early next week with the trial set to last about three weeks.