Trinidad man bragged about being in U.S. Capitol during insurrection, warrant says

Jacob Clark is seen in various videos inside the Capitol on Jan. 6, according an FBI warrant for his arrest. 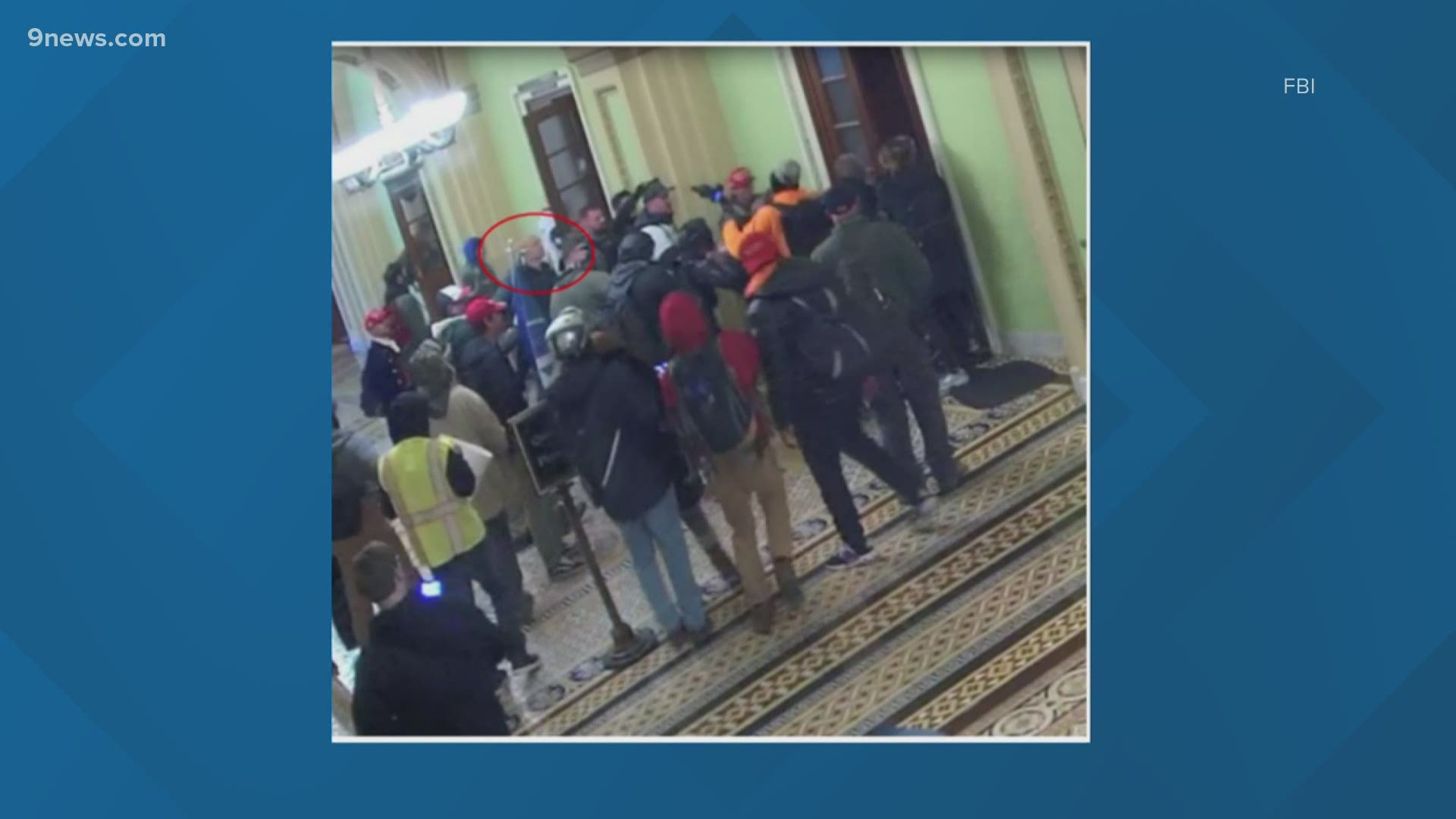 WASHINGTON, D.C., USA — A Trinidad man used "intimating language" as he walked about the U.S. Capitol with other protestors during the failed insurrection on Jan. 6 and, according to an officer, said "they could take us", a warrant for his arrest from the Federal Bureau (FBI) of Investigation says.

The following charges included in the criminal complaint for Jacob Travis Clark:

The warrant contains various screenshots from videos that are purported to show Clark in hallways, doorways, and the Rotunda of the Capitol on Jan. 6 when thousands of protesters entered the building while a joint session of Congress was underway to certify the electoral college vote for President Joe Biden.

According to the warrant, investigators were able to compare video images to a Colorado driver's license belonging to Clark and believed it was likely the same person. In addition, the warrants says, someone came forward and reported that they had known Clark for many years and provided the FBI with a recent photo of Clark. That photo also appeared to match with the man seen in the video.

The witness also said Clark called his brother and from inside the Capitol "verbally bragged" about being there, the warrant says.

Investigators showed the witness five screenshots and identified Clark as the person in each of the photos, the warrant says. That person also provided the FBI with emails and a phone number for Clark.  According to the warrant, the FBI used phone records and found that the phone was located in the mountain time zone on Jan. 4 but was in the eastern time zone on Jan. 6.

A search warrant was served on Google and as a result, investigators concluded that a mobile device associated with Clark's email was within the U.S. Capitol building from approximately 2:15 p.m. to 3:25 p.m.

In one video, according to the warrant, Clark is in a group that "engages in some shoving and punching with the officers."

Credit: FBI
According to the FBI, the man circled in red, is Jacob Clark.

Clark then "squares up" with a plain-clothed Capitol Officer as three others officers retreat from the group, the warrant says.

Credit: FBI
Jacob Clark "squares up" to an officer, according to a warrant for his arrest from the FBI.

Security cameras captured Clark talking with an officer who was blocking the hallway, the warrant says. Body camera footage from an officer with the Metropolitan Police Department also captured that interaction.

The body camera footage shows Clark "puts his hands on an officer" and he's heard saying  “Next time we’re coming with [unintelligible].”

Credit: FBI
Jacob Clark with his hands on an officer, the FBI says.

The officer replies, according to the warrant, that they're "just doing their jobs" to which Clark replies "so were the Nazis." He then screamed "stand down" at the officers, the warrant says.

Clark was arrested by the El Paso County Sheriff's Office, according to jail records. He was later released from custody following a court hearing in Denver, court documents show.