Truck driver testifies after crash that killed 4: 'I wished it would have been me'

Rogel Aguilera-Mederos faces 41 charges in connection with a crash that killed four and injured 10 when his truck's brakes went out on I-70 in April 2019. 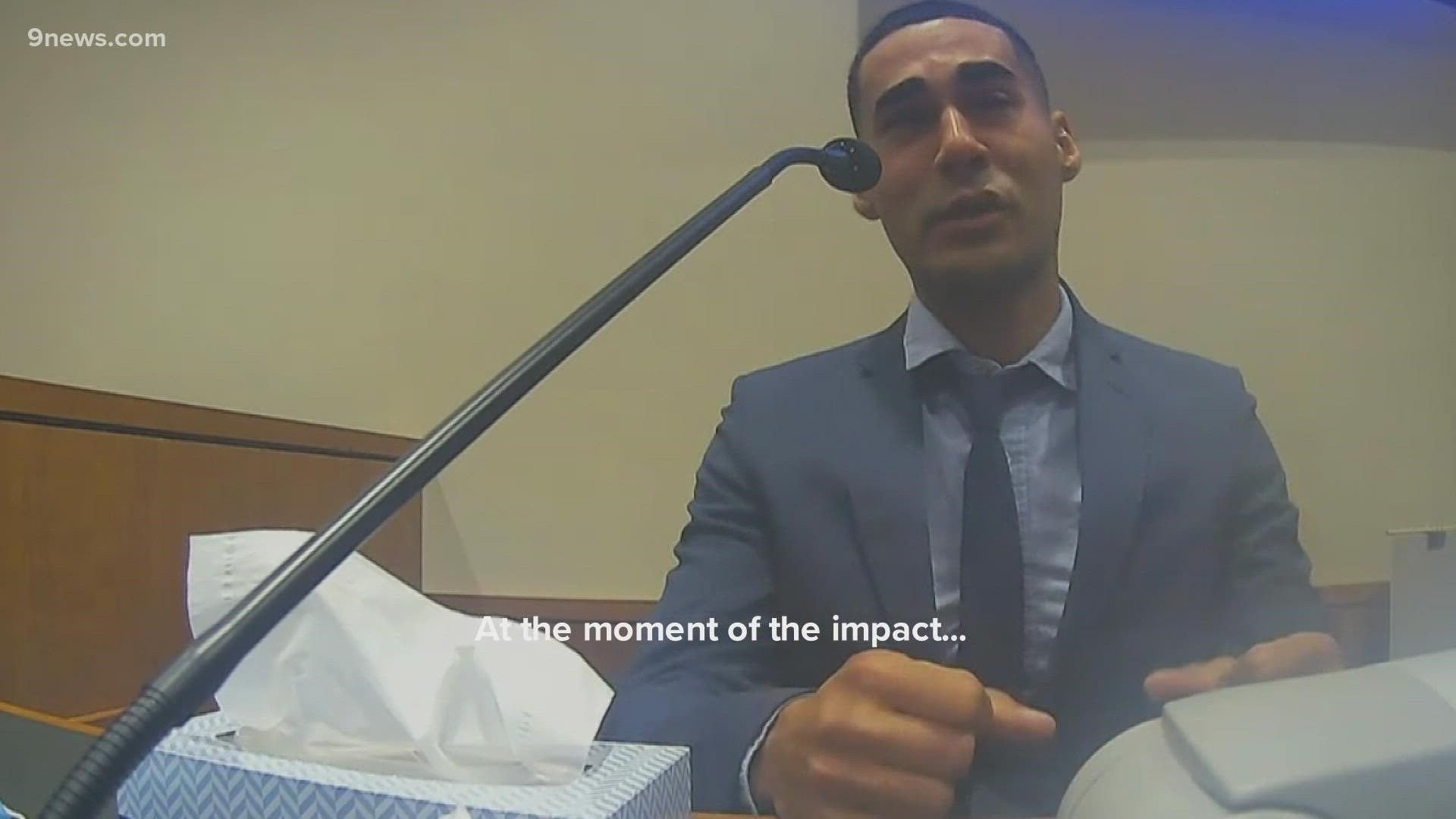 LAKEWOOD, Colorado — The truck driver facing charges in connection with a crash that killed four men and injured 10 others said he wishes "it would have been me" who died as a result of the collision.

Rogel Aguilera-Mederos faces 41 charges, including vehicular homicide, assault and attempted assault, in connection with the crash. On Thursday, he took the witness stand in his defense in the trial that has now lasted more than two weeks.

Aguilera-Mederos recounted the tragedy, which happened during his first solo trip as a truck driver. In the past, he would caravan with another driver. He has testified that he had very little experience driving in the mountains.

RELATED: Attorneys give final arguments in trial of driver charged in fatal I-70 crash

He was near Floyd Hill when he realized his brakes gave out. He considered his options: driving into the grass median or crashing into the bridge.

Due to the concave nature of the median, he believed that if he had driven onto it, he would have tipped the truck, crashing into the oncoming lane of traffic.

"I also thought about crashing the truck on top of the bridge, but that would cause an explosion," Aguilera-Mederos testified in his native language, Spanish.

He said he saw two of four signs for the runaway truck ramp. He did not see the last two signs once he neared the ramp.

He called his boss, who recommended he stay on the shoulder.

"The decision I took was that I was going to continue on the shoulder, but there was another 18-wheeler that was parked there underneath the bridge," Aguilera-Mederos said.

When the other truck was blocking the shoulder, Aguilera-Mederos said, he "never decided to go towards the traffic."

He said he tried to use a space in between the truck and the car next to it on the left, and began swerving between cars "like a snake" because he was trying to avoid the vehicles.

"So the semi was here, so what I did was to hit the trailer, which is something that is bigger, so that the truck would slow in speed, but once I hit it, I was not able to control anything," he said.

He prayed to God in the moments afterward.

"A few seconds before that, I said, 'Dear God, don't let anything bad happen,''' Aguilera-Mederos said. "At the moment of the impact, I closed my eyes and held the wheel."

Four people died instantly from the impact: Doyle Harrison, William Bailey, Miguel Angel Lamas Arellano and Stanley Politano. It is believed they all died from injuries sustained in the crash, not the resulting fire.

The prosecution said Aguilera-Mederos had multiple chances to prevent the crash and did not take them. The defense, in turn, said he suffered a series of mechanical failures in his truck - losing control without a good option for the driver.

The defense on Thursday also outlined the preventative steps he took. Aguilera-Mederos called his boss Rafael while at Berthoud Pass, roughly 40 minutes before the crash.

"When I checked the brakes in the pass, I explained what the brakes looked like to Rafael because he had more experience," Aguilera-Mederos said.

He also said he asked when the trailer brakes were last replaced.

The brakes were "lukewarm" to the touch. Aguilera-Mederos said he trusted his boss' advice and continued on his route.

The prosecution pressed him for more details during cross-examination, establishing that he had overexaggerated his driving experience on his resume.

"You only told them that so you could get the job?" asked the prosecution.

He replied, "Yes, to have a better opportunity."

The prosecution also claimed he overlooked safety precautions he could have checked, and didn't know how to properly inspect or adjust parts of the brake system that failed.

Both the prosecution and the defense have rested their case. Closing arguments will happen Friday morning. Thereafter, the decision is in the hands of the jury.

RELATED: Trial opens for man accused of causing deadly, fiery crash on I-70