3 teenagers arrested in Denver fire that killed family of 5

The Aug. 5 fire in Denver's Green Valley Ranch neighborhood killed 5 members of a beloved family in the city's Senegalese community. 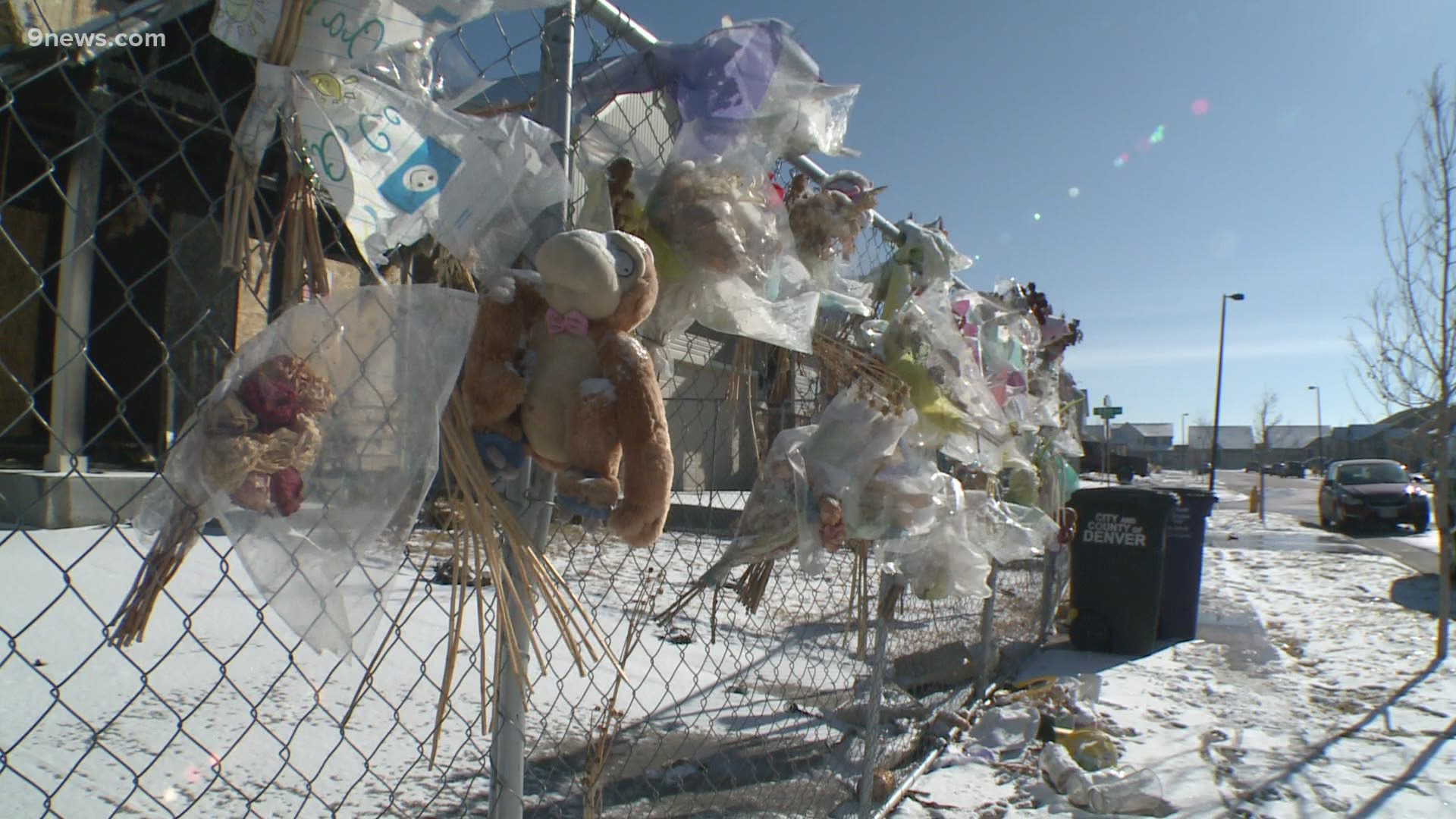 DENVER — Three teenagers have been arrested in Jefferson County in connection with the intentionally set fire that killed a family of five last August, according to Denver Police Chief Paul Pazen.

Two of the suspects are 16 and one is 15, Pazen said. All three are male, and because they are under 18, their names have not been released to the public.

Pazen said at this point, the investigation does not indicate this was a bias-motivated crime.

“There are no facts that we are aware of at this time that would indicate this is a bias-motivated case," Pazen said during a Wednesday afternoon news conference. “If something changes, obviously we can make changes to those charges.

We are very confident in the investigators’ work, the work of our federal partners.”

The Aug. 5, 2020 fire killed 29-year-old Djibril Diol and 23-year-old Adja Diol, as well as their 2-year-old daughter Khadija. Djibril’s sister Hassan Diol, 25, and her infant daughter, Hawa Baye, also lost their lives in the blaze, which was set in the 5300 block of North Truckee Street in Green Valley Ranch at around 2:30 a.m.

“This was one of the most heinous crimes I’ve ever seen or witnessed in our city, as mayor or otherwise," Denver Mayor Michael Hancock said.

Officials offered a $40,000 reward for information about the blaze. People in multiple states offered to donate to the reward fund, which became one of the largest ever offered by Metro Denver Crime Stoppers.  It's unclear if that reward played a part in the arrests.

Credit: Courtesy DPD
A surveillance photo of the masked suspects believed to have intentionally set a fire that killed a family of 5.

Earlier, DPD released photos of three suspects who were seen in a photo wearing hoodies and full-face masks. Police said they fled the area in a dark-colored four-door sedan. No motive has been released for the crime.

Pazen called the investigation "very extensive" and emphasized that he could not provide details without "unnecessarily potentially jeopardizing the case."

“This was as complex of an investigation as I am aware of in my entire career," Pazen said. "I cannot give away the details, this is very sensitive information because successful prosecution is critical in the case.”

Krista Cole is with the Council on American-Islamic Relations in Colorado. The group is calling for Denver Police to release more information about why the suspects set fire to the home. She says it’s a case that’s made the entire immigrant community uneasy.

While police have said they do not believe the crime was biased motivated, Cole said they want more information.

"You just look at the type of attack it was and immediately, the things that start coming to mind for motivation are, well they’re from Africa, they’re immigrants," said Cole. "What is the motivation? Can someone explain why these individuals circled the house and lit it on fire in the middle of the night."

The suspects were in court for the first time Thursday as the legal process begins. It's unclear if District Attorney Beth McCann will seek to charge the three suspects as juveniles or adults.

"The decision of whether to charge them as an adult or a juvenile is huge," said Brauchler. "Charged as an adult you could get a life sentence with parole eligibility after 40 years. Charged as a juvenile, even if you killed multiple people, the maximum you’d face is seven years out of home placement in the division of youth services. That’s a big difference."

Police have not released any information about the evidence they found that connected the suspects to the crime. With the suspects arrested, the battle to get justice for the Diol family is just beginning.

"Denver PD has some of the best detectives in this part of the country," said Brauchler. "They don’t move recklessly or hastily unless they have the goods."

Anyone with additional information about this case is asked to call Metro Denver Crime Stoppers at 720-913-STOP.