Stauch is accused of killing her stepson Gannon Stauch on Jan. 27, 2020. 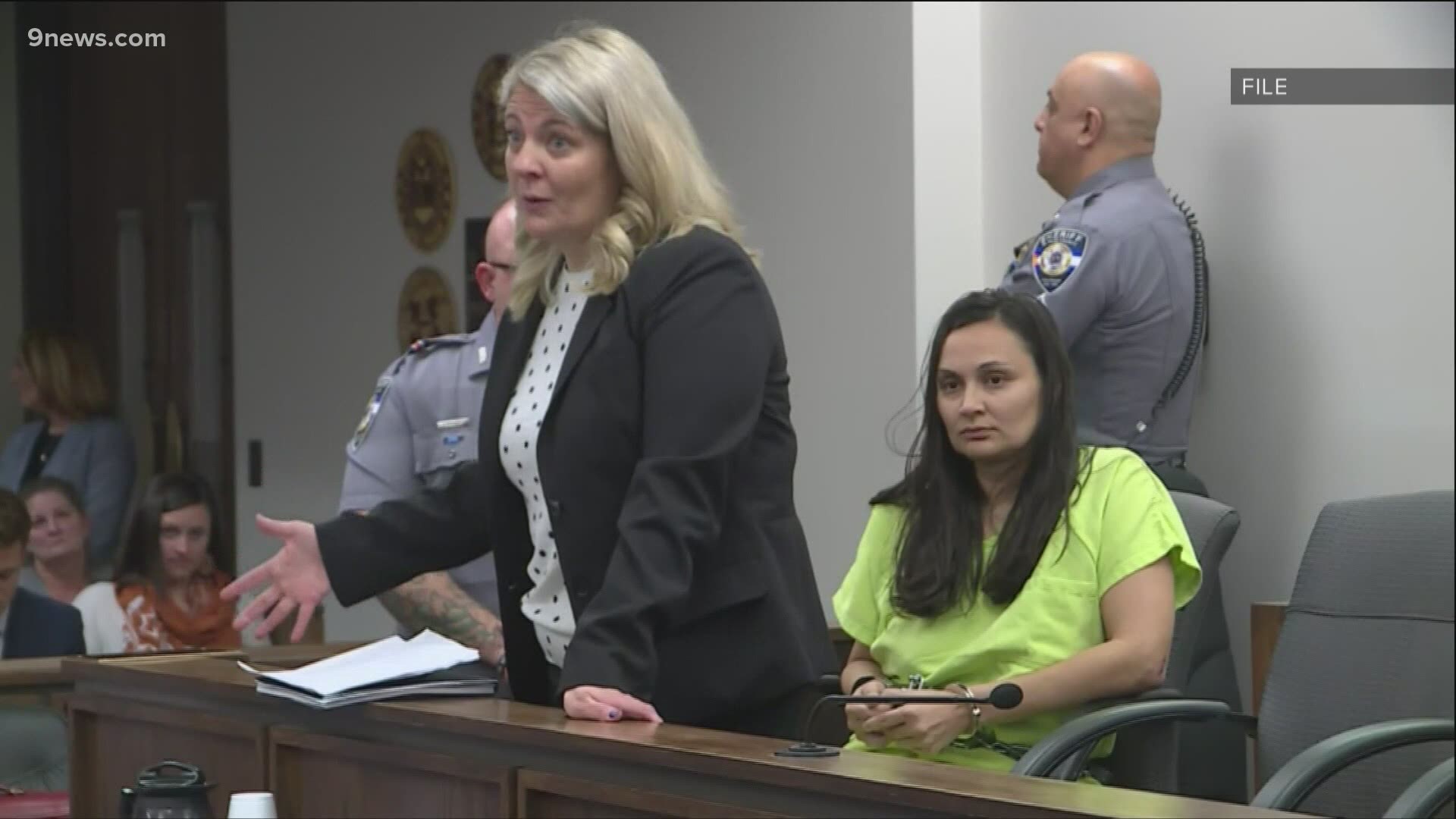 EL PASO COUNTY, Colo. — An El Paso County District Court judge approved a request from Letecia Stauch to reappoint a public defender to provide counsel for her in court.

This comes after Stauch had an Arguello advisement in February to request to represent herself. Judge Gregory Werner granted her request.

>The video above is from February 26 when a judge granted Letecia Stauch's request to represent herself.

In an affidavit filed by the El Paso County Sheriff's Office (EPCSO) on April 14, Stauch was suspended from accessing the law library at the El Paso County jail after refusing to go to the library during her allotted time. The suspension was to last for 90 days.

"She was concerned that her drowsiness would interfere with the early morning hours of her library slot," the affidavit says, and was told "medical staff could address her medical concerns to better fit with her assigned law library schedule."

Stauch had previously complained to the judge that she was granted access to the law library only a few hours a week, which is where she would need to go to access case documents electronically.

In early March, a judge ruled Stauch be given access to nearly 1,800 pages of discovery in the case, with personal information of some witnesses redacted.

The Stauch case was delayed in June 2020, after her original public defender questioned whether Stauch was mentally competent to aid in her defense. Stauch had been accused of plotting an escape from the jail and was moved to the state psychiatric hospital in Pueblo for evaluation.

After her evaluation, a judge ruled that Stauch was competent to stand trial.

Stauch is accused of killing Gannon and then moving his body through the house, into the garage and loading it into the back of her Volkswagen Tiguan, according to the arrest affidavit.

She also had her 17-year-old daughter buy carpet cleaner, trash bags, baking soda and vinegar, according to the arrest affidavit. Investigators theorized in the records that Stauch then cleaned up the evidence of the killing before calling 911 at 6:55 p.m. that evening to report that Gannon hadn’t returned home after heading out to play with friends.

Stauch later changed her story, claiming she had been held at gunpoint and raped by a man who abducted Gannon, according to the affidavit. Investigators could find no evidence to support that story.

Deputies responded to her call that he was missing about 3½ hours after she made it, conducted what court documents describe as “a limited search of the residence," and at the time the officers were there, Stauch’s Tiguan was backed into the garage, according to the records.

Those documents indicate that Gannon’s body was in the car at the time.

After extensive searches in El Paso and Douglas counties for Gannon's body, Stauch was arrested in Myrtle Beach, S.C. on March 2, 2020.

Stauch has been charged with:

On March 20, 2020, the EPCSO said remains found in Pace, Florida had been tentatively identified as Gannon's.

Stauch's next court date is Wednesday, May 5 for an appearance of counsel.

RELATED: Paper copies of 1,800 pages of discovery must be provided to Letecia Stauch in jail