Video shows moments before, during and after shooting at dueling Denver rallies

A judge on Tuesday also granted a motion filed by the Denver DA for a 72-hour extension on a decision on whether to file charges against Matthew Dolloff. 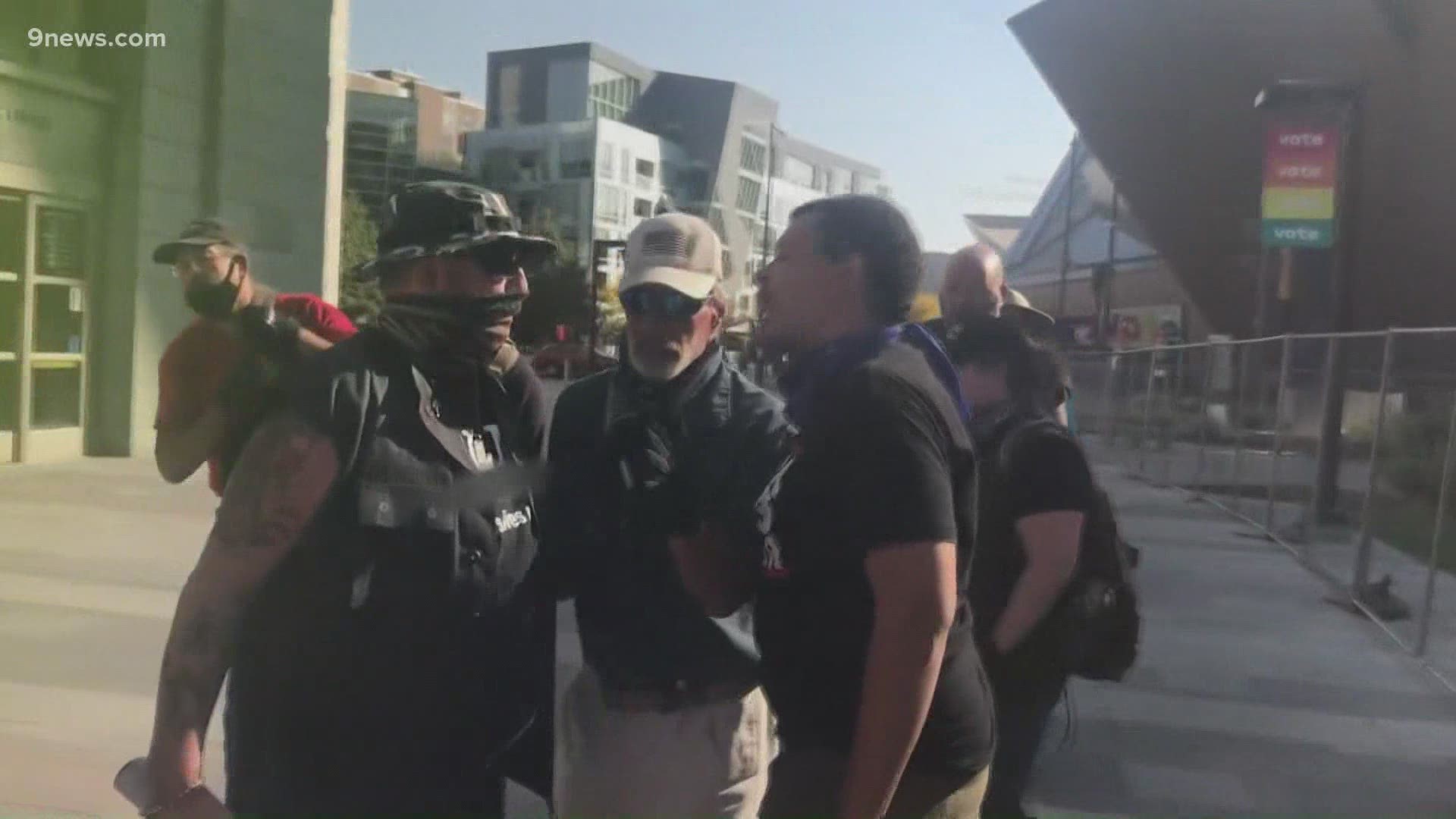 DENVER — Video released Tuesday shows the moments preceding, during and after a shooting Saturday during dueling Denver rallies that left one man dead.

An unlicensed security guard has been accused of shooting and killing 49-year-old Lee Keltner during those rallies. Matthew Dolloff, 30, fired his gun at the same time the victim discharged a can of OC spray, according to a Denver Police (DPD) probable cause (PC) statement, also released Tuesday.

Dolloff was taken into custody immediately following the Oct. 10 shooting near the Denver Art Museum (DAM). 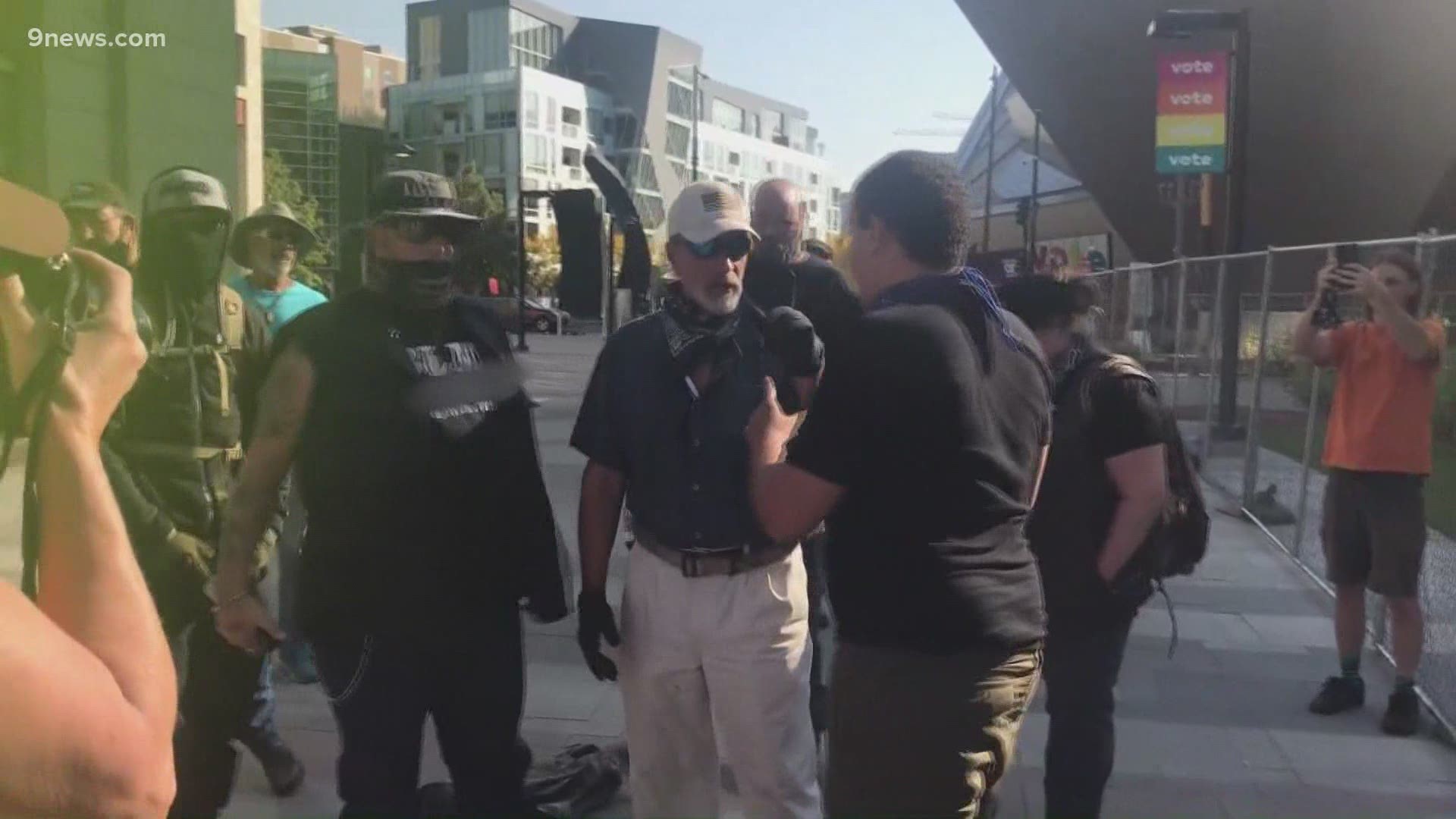 9Wants to Know confirmed that a Denver County Court judge on Tuesday granted a motion filed by District Attorney Beth McCann for a 72-hour extension regarding a decision on whether official charges will be filed against Dolloff.

The shooting occurred near the end of the dueling demonstrations, which included members of Black Lives Matter and other groups on one side, as well as people attending what was called a "Patriot Muster."

9NEWS has released two video clips taken from the cell phone of a producer on Saturday. One clip shows the moments that preceded the shooting of Keltner during the dueling Denver rallies. The video stops, and the second clip shows the aftermath, when police are securing the scene. Another video, taken by an individual live-streaming during the incident, shows the 12 seconds in between, when the shooting occurred.

According to the PC statement, Keltner and another individual engaged in a "verbal dispute" and "both men yelled and postured" while walking with a group around 3:30 p.m. near the DAM during the rally. Witnesses told investigators they believed "the men may engage in a physical altercation," the PC statement says.

> The full PC statement can be viewed here.

Dan Recht, the personal attorney for the 9NEWS producer who was on the scene that day, talked to Jason Whitely, from our sister station WFAA in Dallas about what his client saw the day of the deadly shooting: 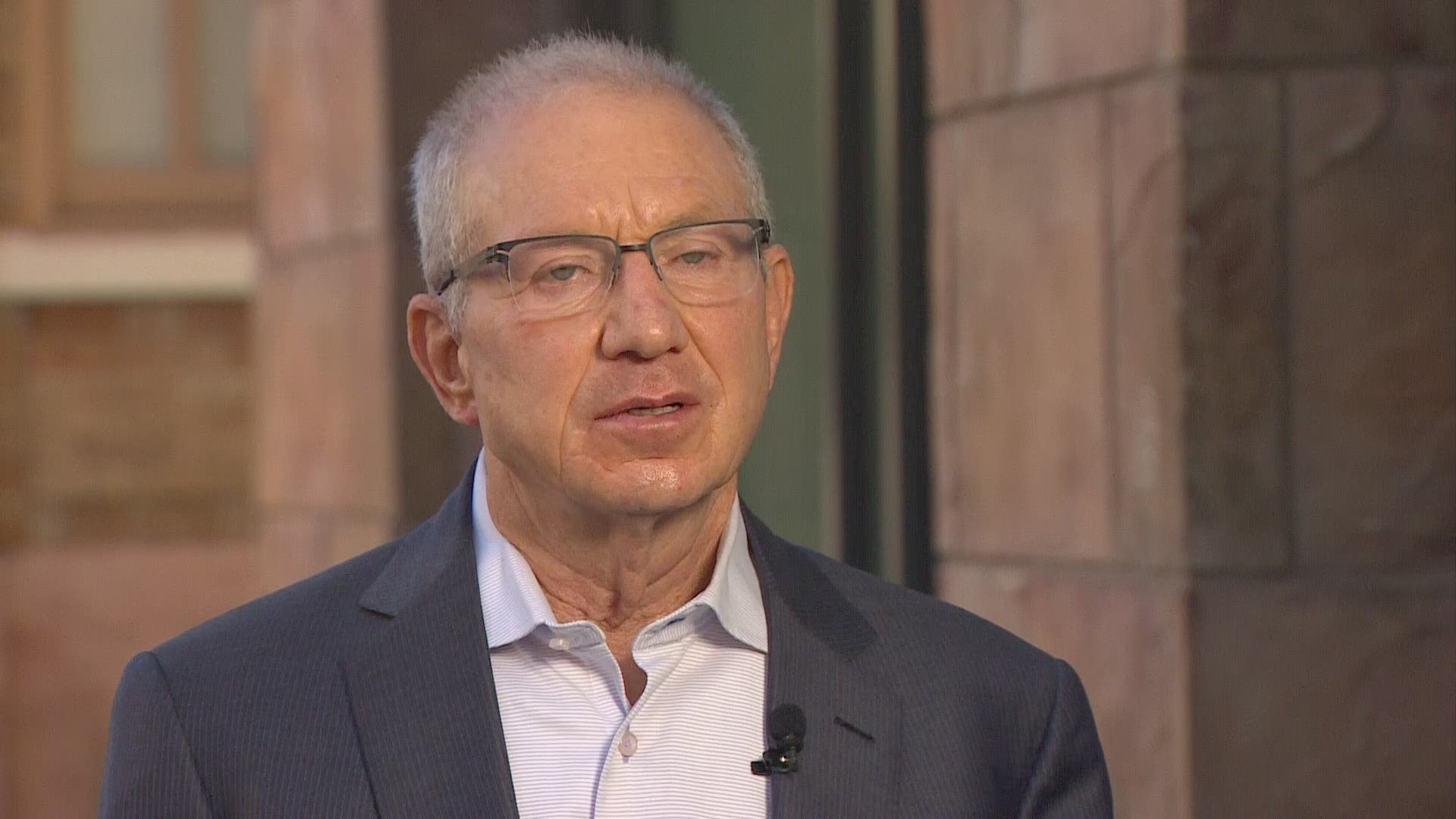 “For the past few months, it has been the practice of 9NEWS to contract private security, through an outside firm, to accompany our personnel covering protests. Pinkerton, the private security firm, is responsible for ensuring its guards or those it contracts with are appropriately licensed. 9NEWS does not contract directly with individual security personnel." 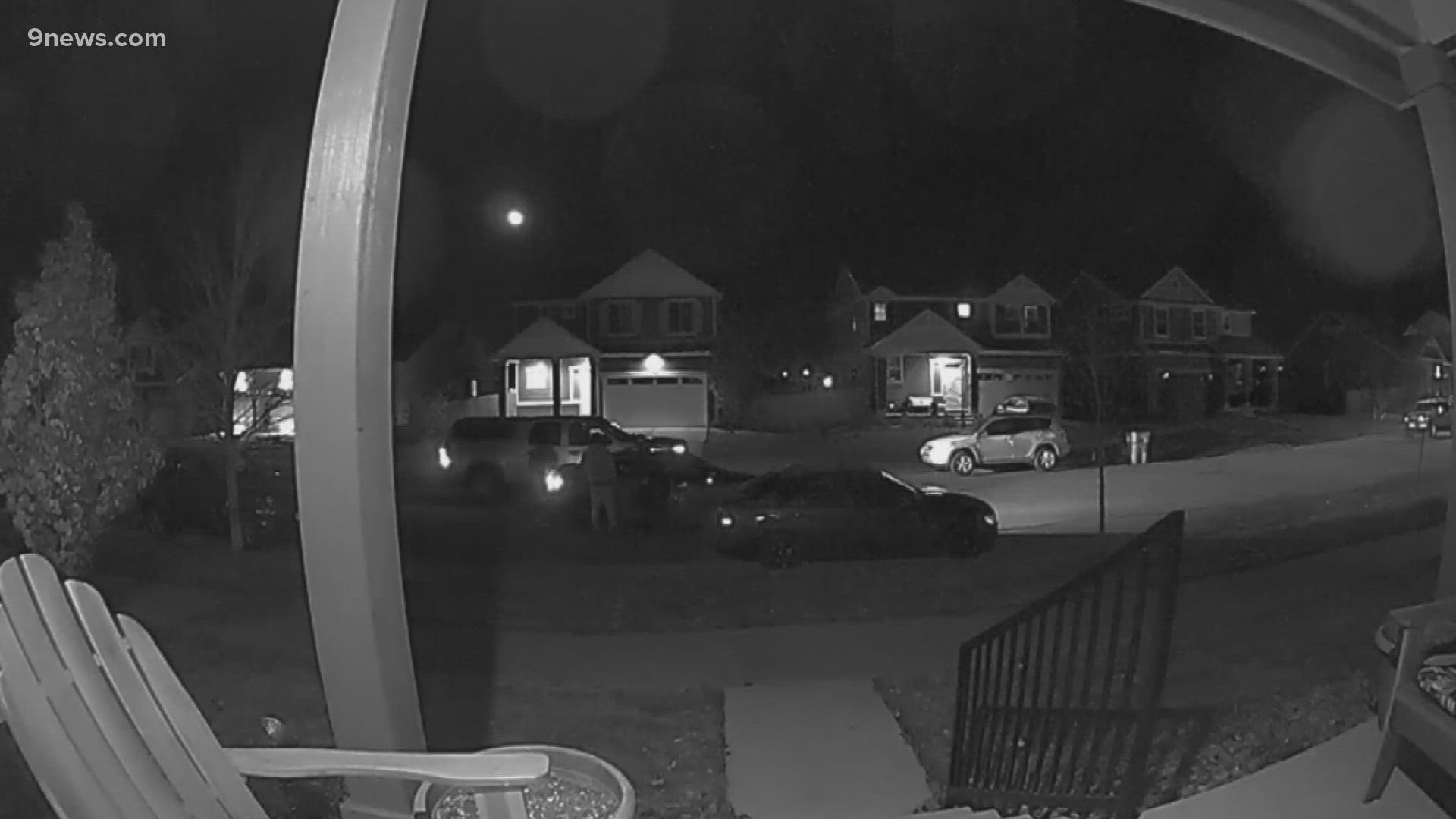