The indictment says the operators also delivered cremains to families with the representation that they were of the deceased when, frequently, that was not the case. 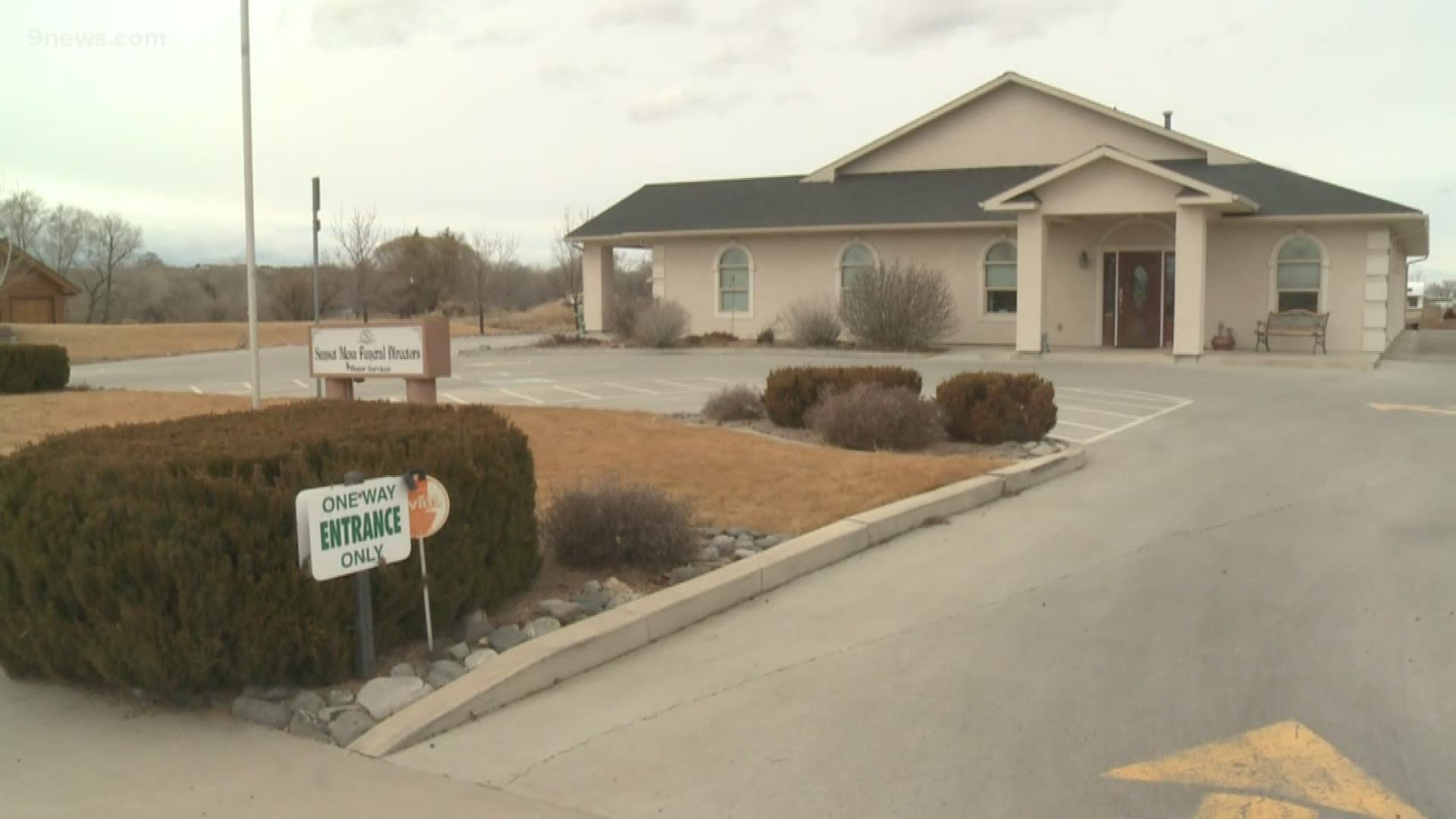 DENVER — The operators of Sunset Mesa Funeral Home in Montrose were arrested and are accused of illegally selling parts or entire bodies without the consent of the family of the deceased, U.S. Attorney Jason R. Dunn announced Tuesday.

The two operators, Megan Hess, 43, and her mother, Shirley Koch, 66, appeared virtually before a U.S. Magistrate Judge in Grand Junction, where they were advised of their rights and the charges pending against them.

According to a recently unsealed grand jury indictment, from 2010 through 2018, Hess, and at times Koch, would meet with families seeking cremation services, and would offer to cremate the decedents’ bodies and provide the remains back to the families. SMFD would charge $1,000 or more for cremations, but many never occurred, according to the indictment.

In at least dozens of instances, Hess and Koch did not follow family wishes, and neither discussed nor obtained authorization for donor services to transfer bodies or body parts to third parties, the indictment says.

In the few instances where families agreed to donation, the indictment says Hess and Koch sold the remains of those decedents beyond what was authorized by the family, which was often limited to small tissue samples, tumors, or portions of skin. Hess and Koch also delivered cremains to families with the representation that the cremains were that of the deceased when, frequently, that was not the case, according to the indictment.

The indictment says Hess and Koch would also ship bodies and body parts that tested positive for, or belonging to people who had died from, infectious diseases, including Hepatitis B and C, and HIV, after certifying to buyers that the remains were disease-free. These shipments would be through the mail or on commercial air flights in violation of Department of Transportation regulations regarding the transportation of hazardous materials, the indictment says.

The  U.S. Attorney’s Office said this investigation was complex and involved a detailed forensic review of evidence.

“The defendants are charged with committing a blatant fraud on many, many victims," Dunn said. "This betrays a fundamental trust during one of the worst times in a person’s life – having to make arrangements for a deceased loved one. It is hard to imagine the pain and worry of those who used Sunset Mesa and not knowing what happened to their loved ones’ remains.”