Carlie McGuire had taken her ballot out Monday afternoon, and on Tuesday morning residents realized their mail had been burglarized. 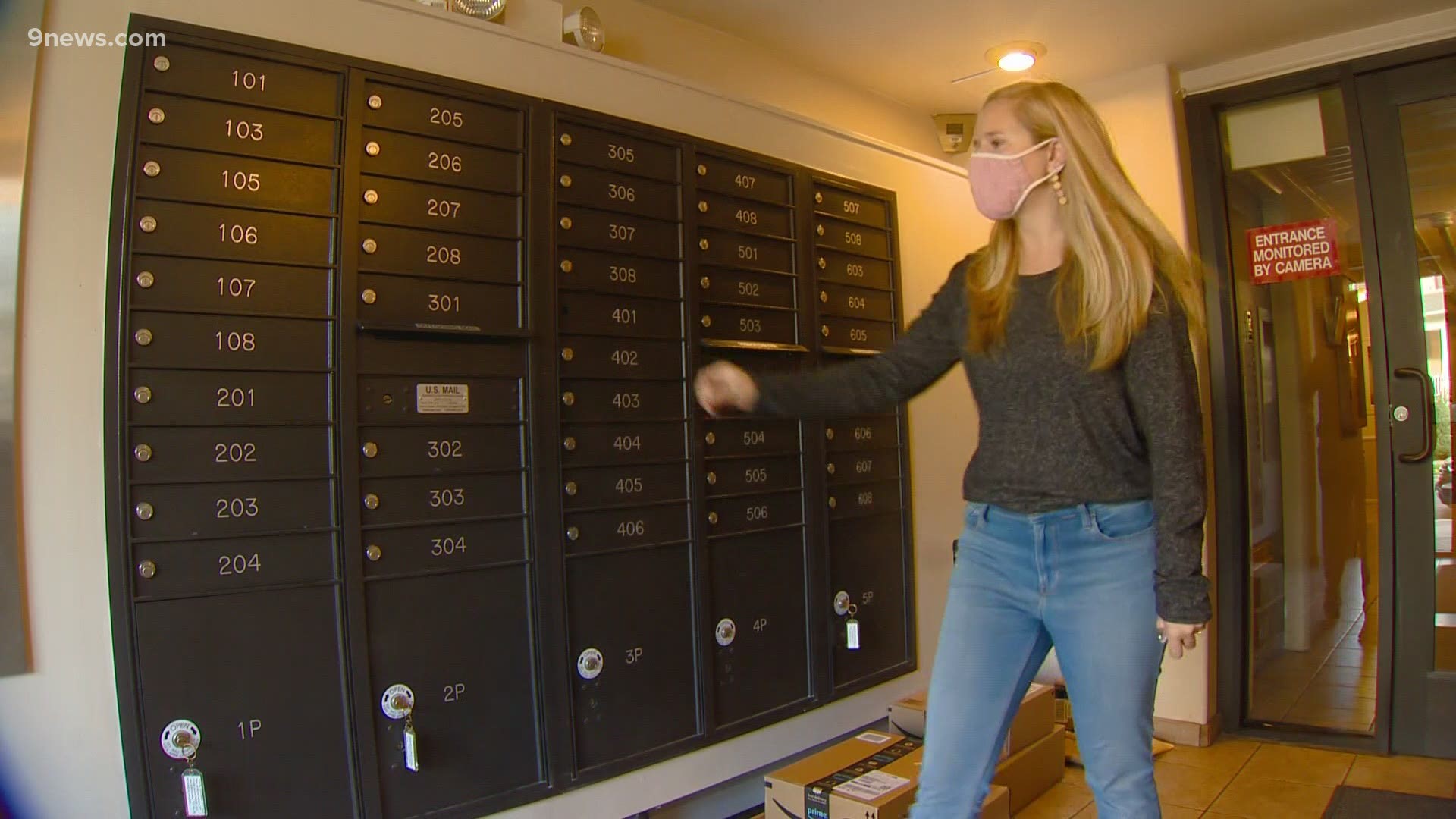 DENVER — The conversation happening around the country was not one Carlie McGuire expected to come to her Denver neighborhood.

"These were all just swung open and every mailbox was empty," she said pointing to the banks of mailboxes in The Majorca Condominiums on Lafayette Street.

She and her husband reported the theft to police and a neighbor reported it to the USPS which has confirmed they are investigating.

While no one knows the intention of the break-in, it's the timing that has McGuire concerned.

"Monday afternoon I grabbed my two ballots, mine and my husband’s and I went upstairs and if I hadn’t I think they would have been taken," she said.

It makes her think this wasn't a crime of opportunity because someone needed a key to open the bank of mailboxes.

"It feels very thought out, planned out and that makes it so much more insidious and malicious," said McGuire.

But even if ballots were stolen, voters can request a new on or vote in person. A ballot filled out by someone that it didn't belong to would likely be flagged and not counted during the signature verification.

“I do trust the Colorado Secretary of State’s office," said McGuire. "I do trust my USPS. I do trust those two entities to pull off a safe and fair election so I think this is an actor who’s trying to sew distrust in that."

Tampering with mail is a federal crime and should be reported to postal inspectors at www.uspis.gov or by calling 877-876-2455.

Carlie has heard anecdotally that break-ins have occurred in other Denver apartment complex mailrooms, but the USPS would not say how many reports they have received in Colorado in October.

The Postal Inspector with the Denver division, Brenda Redman, said in an email, "as a federal agency with nationwide jurisdiction, we do not release these statistics at a local level."