Stephanie Hart-Grizzell and Nicholas Kunselman were found dead in a Subway restaurant near Columbine High School on Feb. 14, 2000. 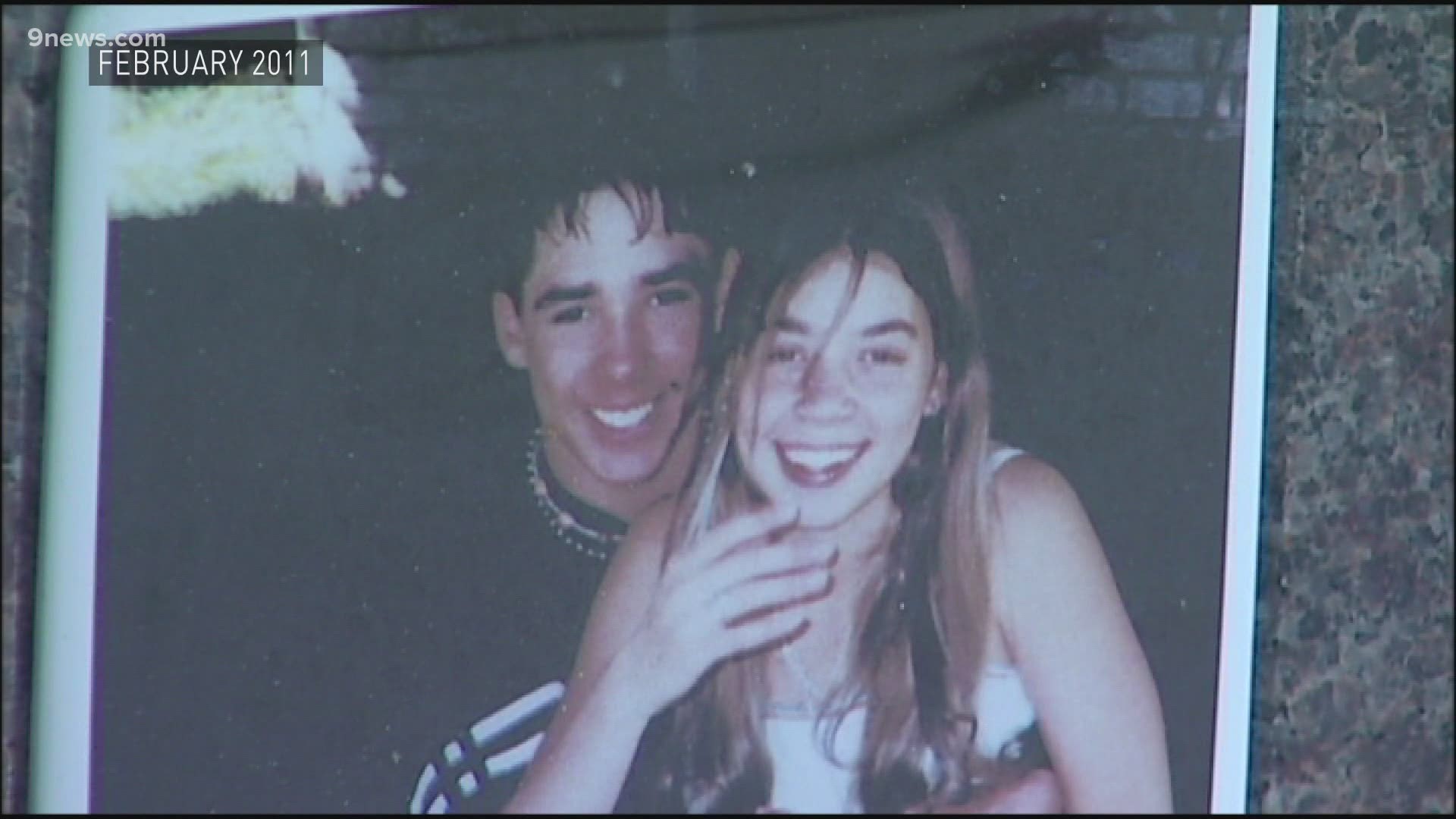 JEFFERSON COUNTY, Colo. — Metro Denver Crime Stoppers increased the reward to $100,000 on Sunday for information leading to an arrest in a homicide that happened 21 years ago on Valentine's Day.

On Feb. 14, 2000, high school sweethearts Nicholas Kunselman, 15, and Stephane Hart-Grizzell, 16, were found dead not long after midnight in the Subway restaurant at 6768 W. Coal Mine Ave., a few blocks from Columbine High School.

The murders happened less than a year after the Columbine High School massacre. Nicholas worked at the restaurant, and Stephanie was there, waiting for him to get off work.

An employee drove past the restaurant and noticed the lights on. When the employee went inside, they found the two teens' bodies behind the counter.

The investigation showed that an unknown intruder or intruders had shot Nicholas and Stephanie, Metro Denver Crime Stoppers said.

Since then, the Jefferson County Sheriff's Office (JCSO) has worked the case continuously and JSCO detectives think that someone has a key piece of information that could lead to an arrest, Crime Stoppers said.

“With this significantly increased reward, people who haven’t come forward with their information will be much more likely to do so now," said JCSO Sheriff Jeff Shrader in a press release. "We are continuing our diligent work to bring justice to Nicholas and Stephanie."

The reward had been at $12,000 before the increase, which was thanks in part to contributions by anonymous community members, Crime Stoppers said.

"We are hopeful that the increase will result in tips that will lead investigators to the person or persons responsible for this crime and hopefully start the closure process for the family and friends of Nicholas and Stephanie, as well as the community," said Michael Mills, board president of Metro Denver Crime Stoppers, in the release.

No matter how small, anyone who has information on this crime can contact Metro Denver Crime Stoppers at (720) 913-7867 or metrodenvercrimestoppers.com. Tipsters can remain anonymous.

To be eligible for the reward, tipsters must call the tip line or submit a tip online. The tip line is answered 24 hours a day, seven days a week.