A sergeant reported that Officer Shawn Ralph had used a chokehold on a female suspect. Ralph was charged with second-degree assault. 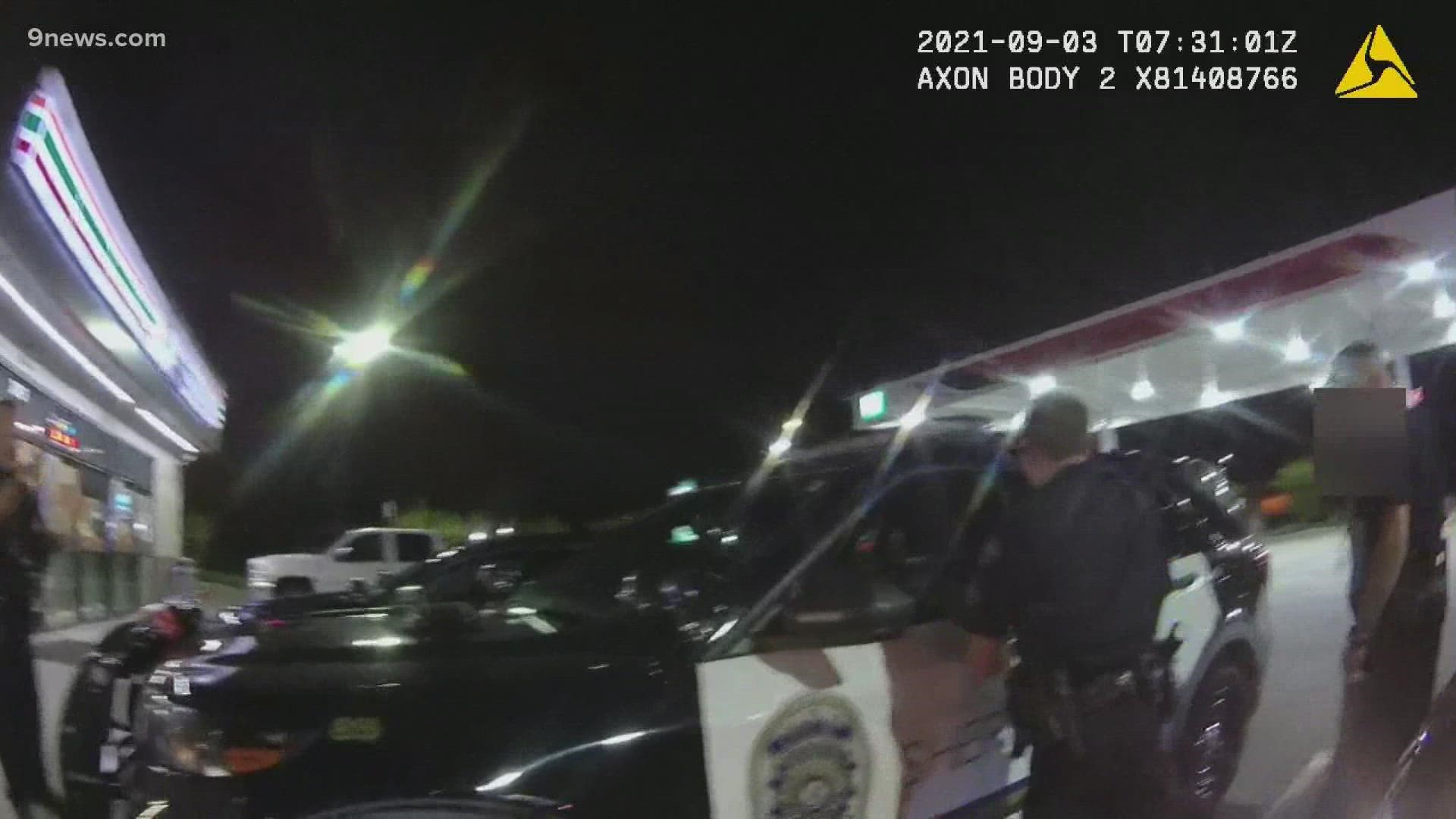 SHERIDAN, Colorado — Sheridan Police Department released body camera video showing an incident that led to the arrest of a Sheridan police officer. Officer Shawn Ralph is facing a second-degree assault charge after allegedly using a chokehold on a woman under arrest for shoplifting.

Ralph and another officer saw the suspect before making contact, the affidavit says. They believed that the woman was "acting suspiciously" and was likely to steal from the store, where shoplifting is a frequent issue, according to the document.

As they approached the woman, the affidavit says, the store owner motioned to the officers that she had indeed taken items without paying.

She resisted, but the officers were able to get her into handcuffs and she then sat on the curb nearby, the affidavit says.

At one point, while still handcuffed, video shows she got up and moved toward the store owner in what was described as "an aggressive manner" in the affidavit.

The officers intervened, and during that confrontation, the women spit, and the saliva hit Ralph's face near his left eye, the affidavit says.

The woman's face is visible while Ralph's hand is around her neck and she "appears to be in pain as if being choked," the document says.

A sergeant at the scene intervened, according to the document, and told Ralph to "relax" while removing Ralph's hands from the woman.

She made a complaint about her head hurting due to it hitting the pavement and was taken to the hospital for observation. She was later released without any significant injuries, the affidavit says. She was wanted on a warrant out of Denver, and was later booked into jail.

Ralph turned himself in to the Glendale Police Department and was immediately placed on administrative leave, according to a statement from Sheridan Police Chief Jeffrey Martinez. His statement is in full below.

On September 3, 2021, at approximately 1:30 a.m., members of the Sheridan Police Department handled a shoplifting incident in the 3400 block of South Federal Boulevard.  An adult female was detained after being identified as the party who had allegedly committed the offense.

While officers were completing their investigation, the female assaulted a Sheridan Police Officer by spitting in his eyes and face. The officer reacted to the assault by allegedly grabbing the female party around the front of her neck and forcing her to the ground. Other officers who were present, including a supervisor, took immediate physical action to intervene in the incident and deescalated the situation.

Medical attention was sought for the female who was later cleared at the hospital with no apparent injuries. The supervisor and other officers present at the scene took swift action and reported the incident to command-level personnel at the Sheridan Police Department. The officers then documented their observations in written reports.

As the Chief of Police of the Sheridan Police Department, I was concerned with the incident and immediately initiated an investigation and promptly presented the case to the Arapahoe County District Attorney’s Office.

The officer was immediately placed on Administrative Leave pending the outcome of the criminal and administrative investigation as is standard procedure. Body worn cameras were in use during the incident and release of that footage is subject to the requirements of state statue.

We believe in the integrity of both the criminal and administrative processes and will withhold judgment until both are completed.  I want to assure our community the Sheridan Police Department is committed to providing outstanding service, transparency, and safety to the community we serve.

State law requires police officers to intervene, and report use of force

A portion of Senate Bill 20-217 requires police officers in Colorado to intervene when other officers use excessive force, and report it after it happens. That law took effect last year.

If they don't follow this rule, they can be charged with a misdemeanor.

The "failure to intervene" part of the state's police accountability laws has been used to charge law enforcement officers in Loveland and Aurora for high-profile incidents.

When an attorney released video of the violent arrest of 73-year-old Karen Garner in Loveland, two officers were charged with crimes, including one for failing to intervene.

This summer, Aurora's police chief released body camera footage showing a use-of-force arrest that also resulted in two officers being charged with a crime, including one for failing to intervene.

In Greeley, two police officers in June reported that they thought Officer Ken Amick used excessive force during a man's arrest. The department said Amick put the man into a chokehold as they were walking out of the building, and another officer tried to intervene.