Quinn Scaggs escaped a youth service center in June and was taken into custody Monday night in Colorado Springs. 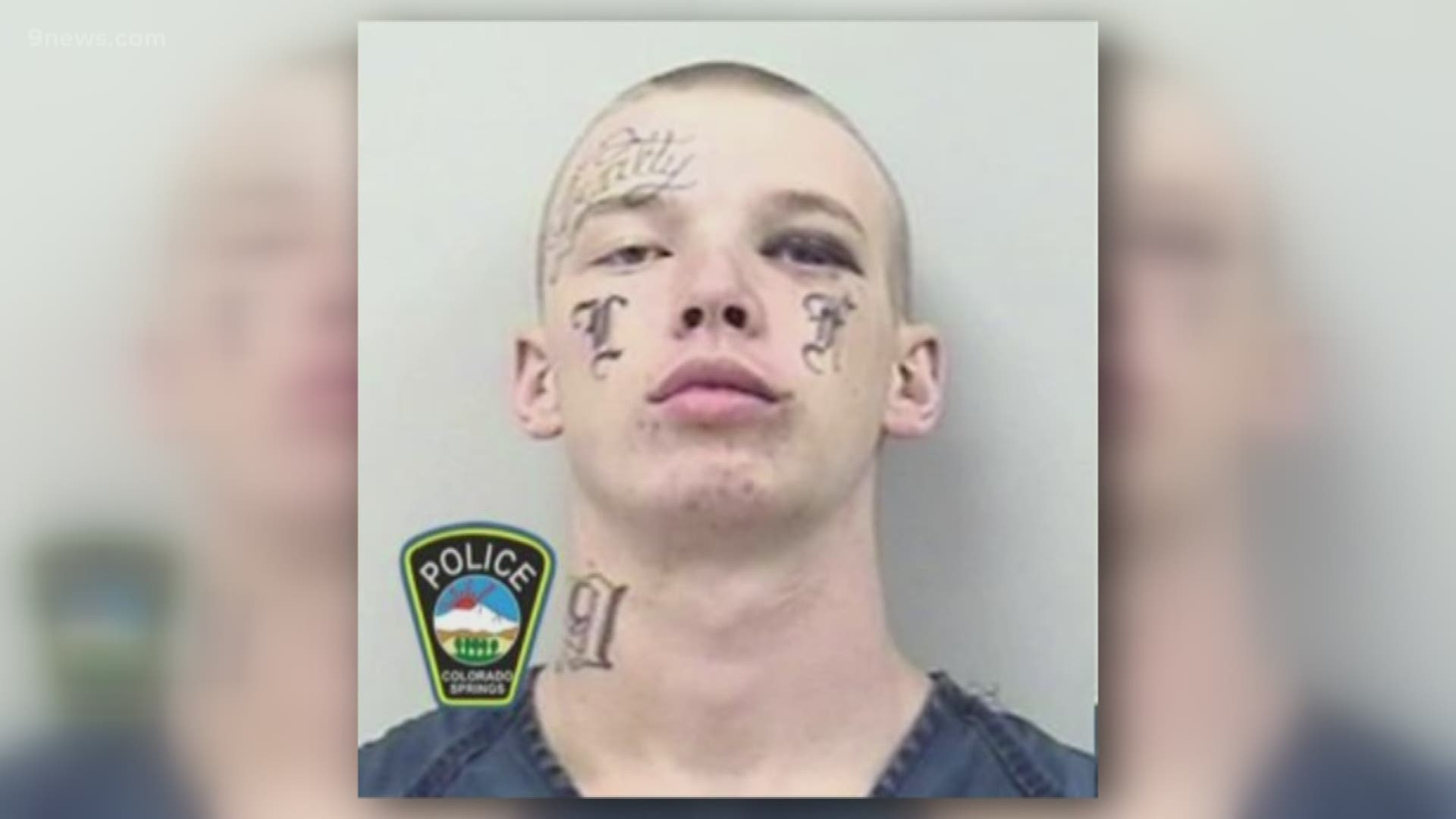 COLORADO SPRINGS, Colo. — An 18-year-old violent offender who escaped from his room at Lookout Mountain Youth Services Center in Golden back in June was arrested in Colorado Springs on Monday night, according to the Colorado Springs Police (CSPD).

Quinn Scaggs, who was 17 years old at the time of his escape on June 25, was arrested in the 1800 block of Bula Drive on a warrant for his escape and for two hotel robberies he's accused of committing since being out, Lt. Sokolik with CSPD said.

Shortly before 2 a.m. Saturday, CSPD said a man armed with a handgun entered the Courtyard Marriott at 2570 Tenderfoot Hill Street and demanded that an employee open the cash register. After receiving an undisclosed amount of cash, police said the suspect struck the victim with the gun and kicked her several times before fleeing the scene.

Less than a half-hour later, the Holiday Inn Express & Suites at 105 North Spruce Street was robbed by the same suspect, according to CSPD. In that instance, police said the suspect assaulted two employees by striking them with that handgun before taking off with more cash.

"Unfortunately, this young man was able to take his window out and, in perfect timing, was able to make it to the fence without us seeing that and make it over quickly," Jacobson said at the time.

Golden Police responded and managed the search of the campus and surrounding area. The Jefferson County Sheriff’s Office performed a K9 search, and the Boulder Police Department utilized a drone in the search, but Scaggs was not located.

Scaggs was the third teen to escape from the facility over the summer. In May, Javier Madera, 19, and Emilio Dominguez, 17 — both sex offenders — escaped from the same facility, authorities said.

In April, a 15-year-old inmate at the facility escaped from custody while getting his state ID and social security information at a Colorado Department of Motor Vehicle location on West Colfax Avenue.

Ten staff members were also injured in a riot at the center back in May. In 2014, a guard at the facility nearly died when he was severely beaten with a pillowcase full of rocks during an escape attempt.

Anyone with information on the robberies is asked to call the Colorado Springs Police Department at (719) 444-7000.

Colorado Springs Police Department
Arrest of Quinn Scaggs for Robbery On Saturday, August 24, 2019, at... approximately 1:40 A.M., a male suspect armed with a handgun robbed the Courtyard Marriott located at 2570 Tenderfoot Hill Street. The suspect, whose face was covered, entered the hotel lobby and violently assaulted a female employee.