Visitors to St. Louis Arch grounds robbed at gunpoint twice since it reopened

On Thursday, out-of-state visitors taking pictures told police they were robbed at gunpoint 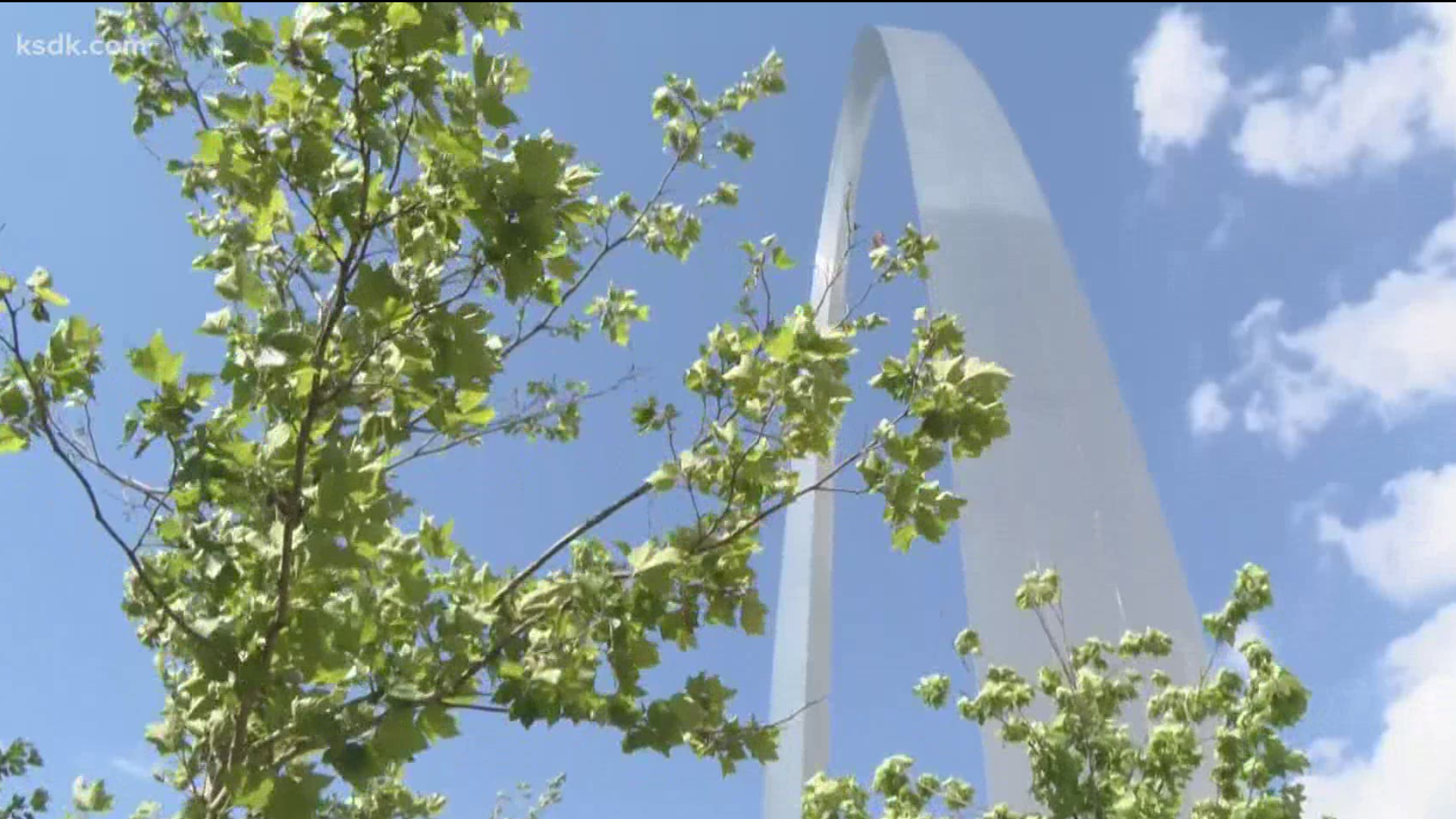 ST. LOUIS — For the second time since it reopened nine days ago, people visiting the Arch grounds have been robbed at gunpoint, 5 On Your Side has learned.

The first time happened at 9:18 p.m. Saturday near the Arch’s north leg. The victims, a 51-year-old man and a 49-year-old woman, told police that a man approached them, pulled out what appeared to be a gun and demanded their belongings.

The victims complied, and the man ran northbound toward Laclede's Landing.

On 11:50 p.m. Thursday, a 35-year-old man and a 35-year-old woman went to the Arch grounds to take pictures after having just arrived at a downtown hotel from out-of-state, according to a police source.

While there, they told police that a man pointed a pistol at them and demanded they give him their money. The woman gave the man her purse and the suspect ran off, according to police.

The victims in both cases told police their attacker wore a distinctive face mask.

The victims from the first case described the suspected robber's face mask as red and green floral print. The victims in the second case said their attacker wore a yellow face mask, blue Nike shoes and black ripped jeans.

RELATED: 2 robbed at gunpoint on the Arch grounds Saturday night

Police have not said whether they believe the same man is responsible for both robberies.

The Arch grounds had been closed due to coronavirus concerns for months, but reopened to the public in limited fashion June 17.

Outdoor spaces at the Arch will remain accessible to the public in accordance with national and local health guidelines, according to a press release. 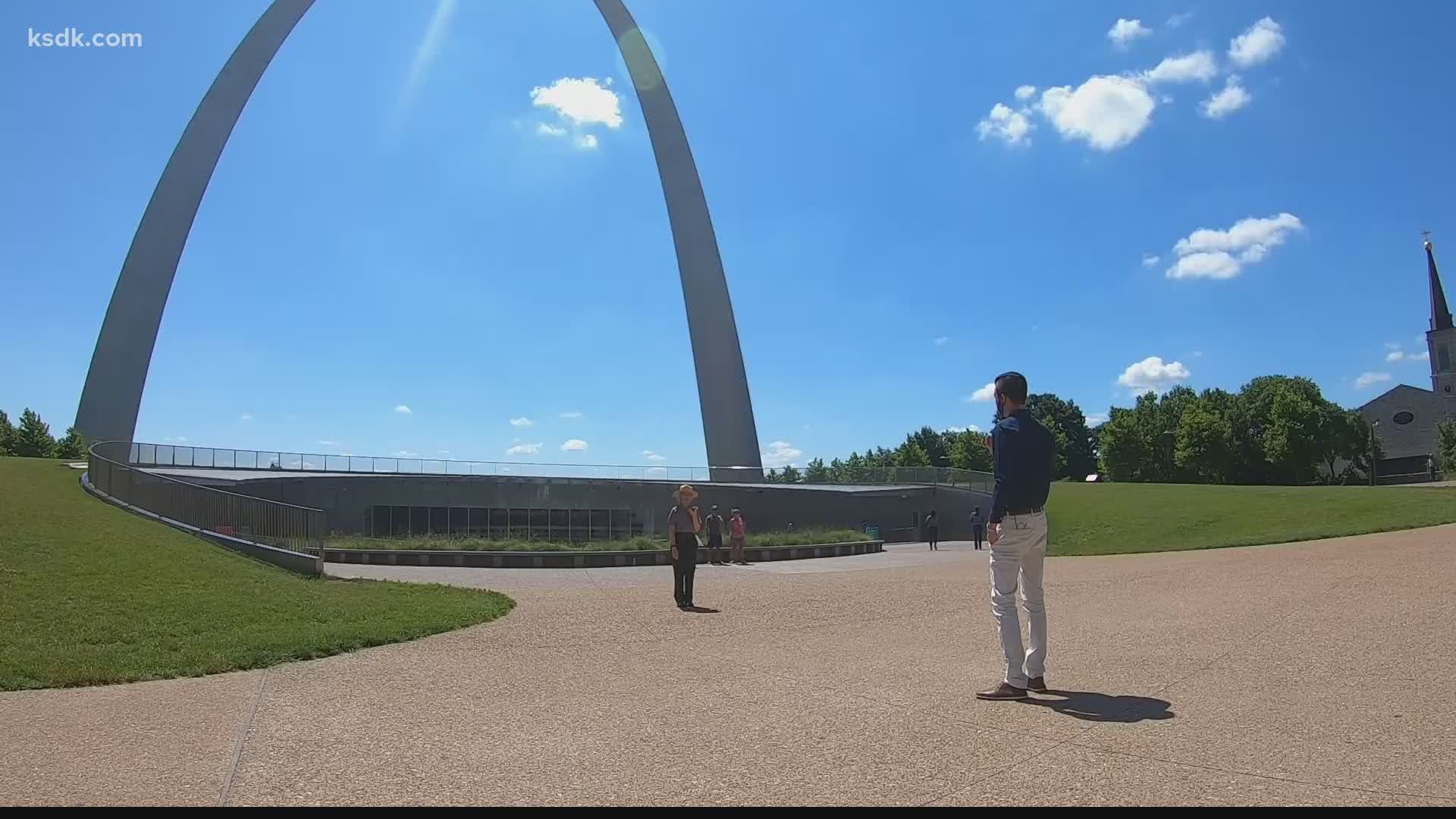 RELATED: Byers' Beat: Behind St. Louis Mayor's move to take money away from The Workhouse

RELATED: Police looking for 2nd man who may have been involved in armed robbery

RELATED: 2 women shot in front of St. Louis home while 4 children were inside

RELATED: 'Our last words were I love you' | Husband mourns wife killed in Applebee's shooting