There were five prior allegations of sexual impropriety by Deputy Jon Hart, according to an arrest affidavit. 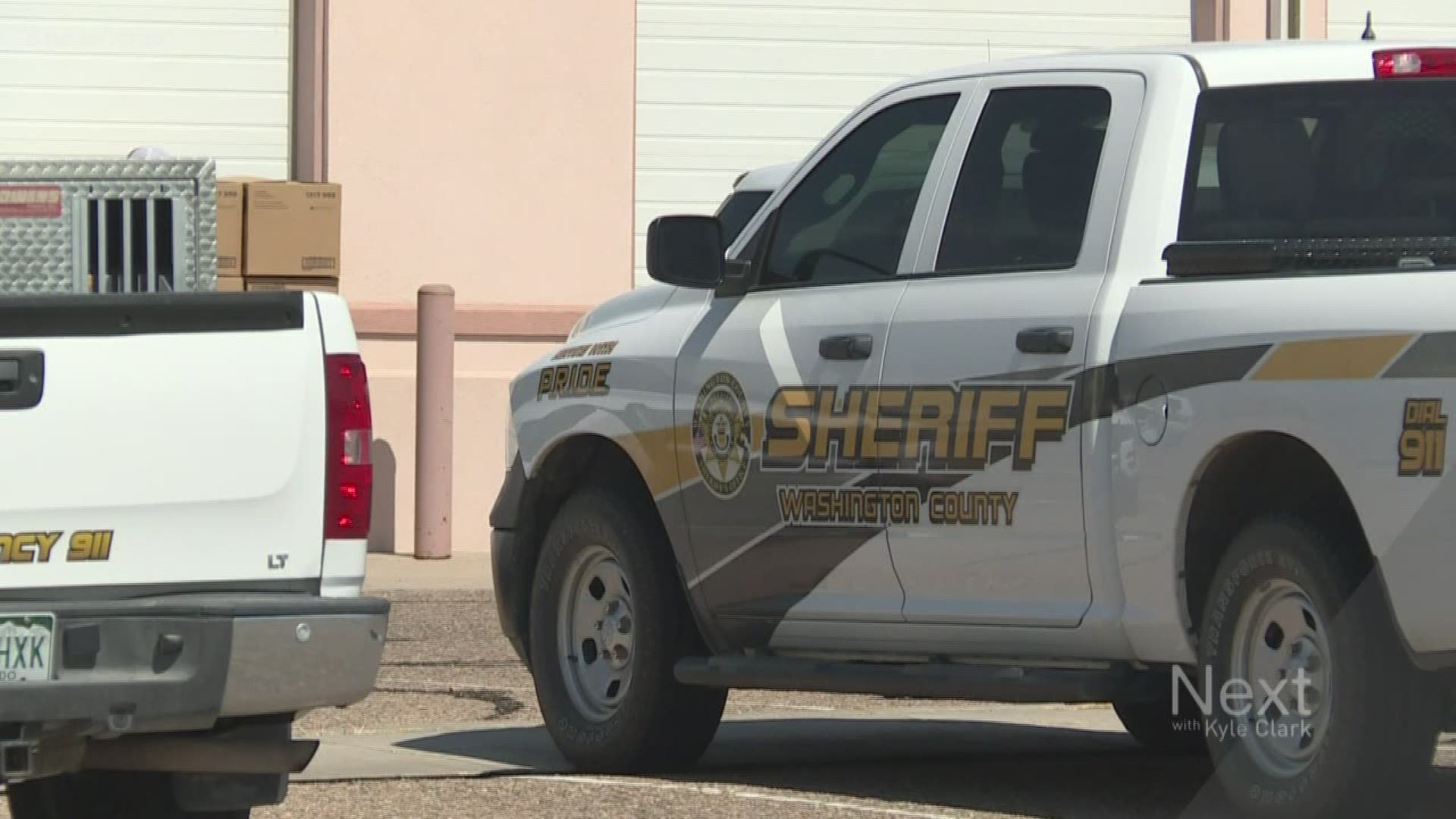 AKRON, Colo. — A teenage girl said a former Washington County deputy had sex with her in his patrol vehicle while he was in uniform, which resulted in an arrest for sexual assault on a child, according to an arrest affidavit from the 13th Judicial District Attorney's Office.

Jon Hart, 37, was arrested in October 2018 and agreed to plead guilty last week to charges of first-degree official misconduct and sexual assault, both misdemeanors.

As part of the plea deal, prosecutors will dismiss two charges related to sexual assault on a child by a person in a position of trust.

A complaint was filed with the Washington County Sheriff’s Office on Aug. 21, 2018 regarding a possible sexual assault by Hart, according to a prior release from the sheriff's office.

The sheriff requested the District Attorney’s Office investigate the complaint.

Before the sex assault investigation was complete, Hart was let go from the sheriff's office due to the findings of an internal investigation by the sheriff’s office, on other, unrelated issues.

The victim in the case in August 2018 disclosed to her probation officer a sexual relationship she had with Hart. She said she first encountered Hart through the sheriff's office when she was under 18.

She told investigators in the summer of 2015 she almost got into a fight and that Hart drove her home, the affidavit says. During that ride, she said Hart asked her "if they were to do anything, if she would not tell anyone," according to the affidavit. She said "every time she was around Jon he would ask her if they could have sex" and "one day she finally said yes," the affidavit states.

She first had sex with Hart in September 2016 after he picked her up in his blue minivan "and took her somewhere in the country," according to the affidavit.

She could not say how many times they had sex, but told investigators in the beginning it was "almost every day" and between September 2016 and early 2018 they had sex at his home and inside two different patrol vehicles, one while he was in uniform, according to the affidavit.

She told investigators that she and Hart texted but that "Jon trips out about text messages" and told her to delete them.

The girl also told investigators she would often wait up late at night to meet with Hart.

When Hart was confronted by the allegations he stated "he has had approximately five allegations of inappropriate sexual relationships since he began his employment in 2016," the affidavit says. Hart said he was talked to by his supervisors but "nothing ever came from them", according to the affidavit.

Hart denied having a sexual relationship with the victim but offered up other allegations that had been made against him. He told investigators there were allegations that he gave alcohol to a minor and that they came from "the local troublemaker," the affidavit says.

He also discussed allegations that he had sex with a different underage girl and a rumor that he got another girl pregnant, the affidavit says.

When an investigator noted Hart had a lot of allegations of sexual impropriety in a short time, Hart responded, "Yes and there was probably more if you talked to people in this town," the affidavit says.

Hart continued to deny any sexual relationship with the victim but allowed his phone to be searched.

Investigators later recovered nearly 4,000 messages between Hart and the victim that had been deleted. Many of them were late at night or early in the morning, according to the affidavit. In some messages, Hart asked the girl to come to his home.

When confronted by the messages, Hart said he "never remembered inviting the victim over at night" and could not explain "why he would have texted her at such late hours requesting that she come over to his garage," the affidavit says.

Hart also agreed to and completed a polygraph test. Investigators determined his responses "supported a conclusion of deception."

The victim stated that she "would rather go to jail than testify against Jon," but also said that "Jon should not be able to be a cop anymore because he has shown he cannot be trusted," the affidavit says.

She also noted that she didn't want him to get in trouble, but said, "she wonders [who] else he could be doing this to," according to the affidavit.

WHY ARE THESE CHARGES MISDEMEANORS?

Lewton said if a person is in a position of trust or force was used, age of consent doesn't matter, and the charges can increase in severity.

Lewton was the second attorney 9NEWS talked to Tuesday who said they don't know why the law is written like this or the reasoning behind it, but it is the law.

As for the Hart case, Lewton said a gag order was still in place because of how sensitive the case is and the anticipated media attention, and she couldn't go into details regarding the changes in the charges and why that happened.

She said people have been asking questions about the charges, but there's no more context she can add.

"It may have been unexpected to others, but because of the gag order, we can't inform the public or anyone else about the plea negotiations."

Hart is set to be sentenced in December and could be facing time in county jail, probation or a combination. Lewton said he will also be required to register as a sex offender after sentencing.

The nature of the allegations is still unclear.

9NEWS asked Lewton about these allegations Tuesday, but she said she can't talk about it because it's an ongoing case.