The driver narrowly missed a tow truck driver who was cleaning up and preparing to load a disabled vehicle onto a truck, according to Wheat Ridge PD. 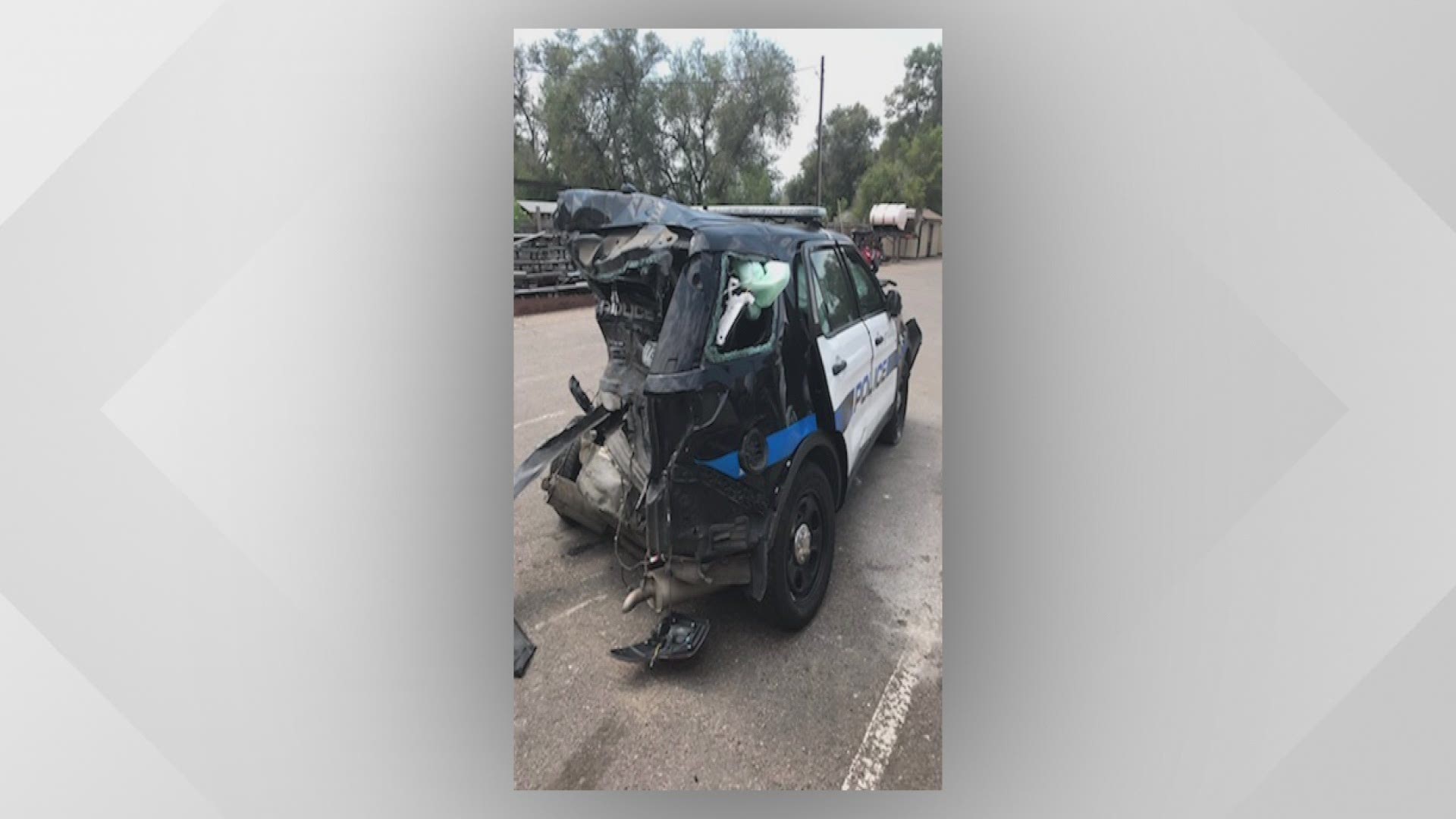 The crash, which happened just before 2 a.m. on Aug. 9, was captured by the body camera of an officer who was in the area of West 38th Avenue and Pierce Street investigating an earlier crash.

A patrol car was parked behind the tow truck. The tow truck driver was cleaning up debris before loading the disabled vehicle onto the truck when a pickup truck slammed into the police car.

The officer was not in the car at the time of the collision and wasn’t injured, according to WRPD.

Body camera footage shows the pickup truck driver narrowly missed the tow truck driver who is standing in the intersection as the truck hit the patrol car. He escaped without injuries as well. 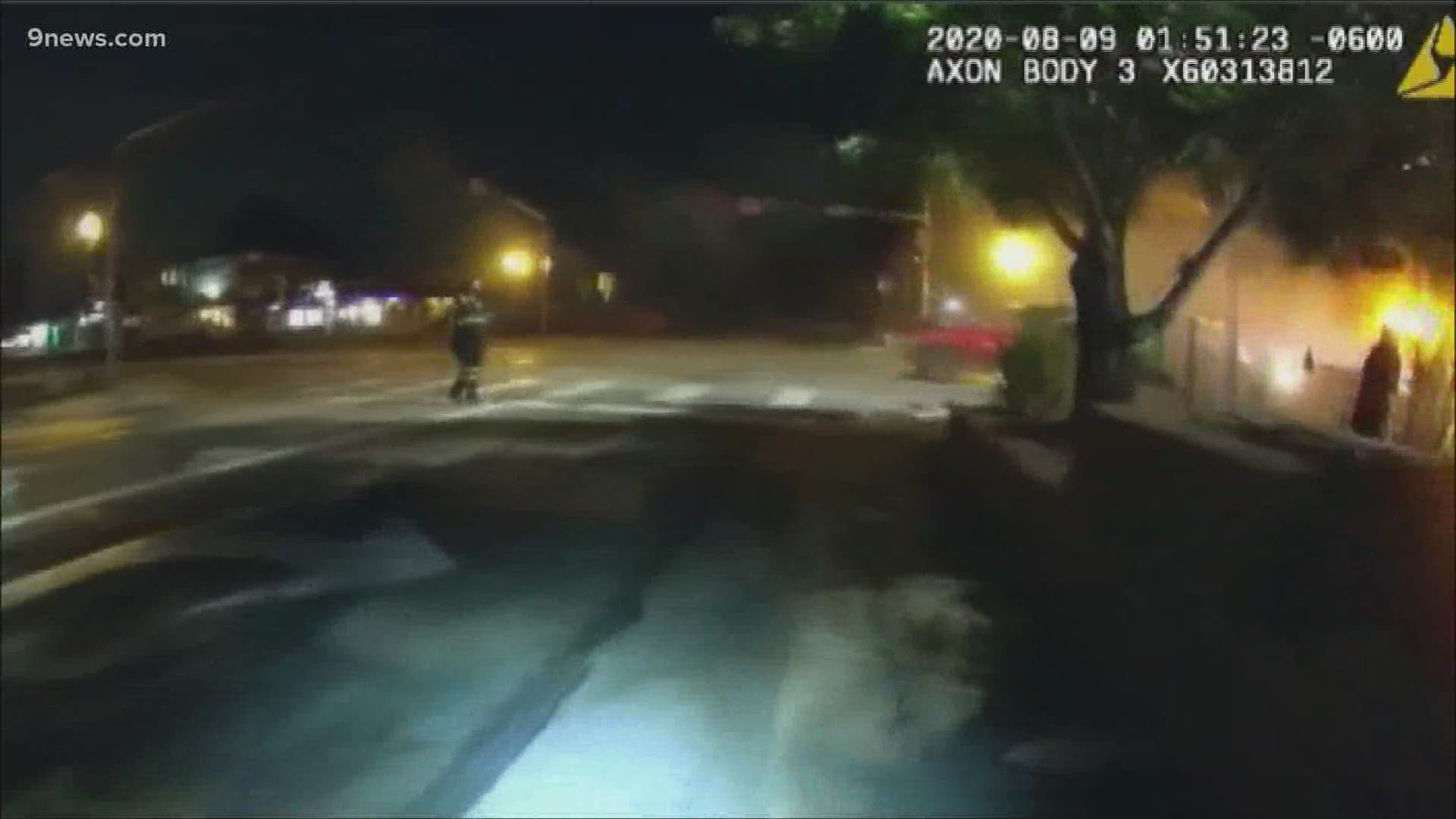 The driver of the car from the first crash was standing on the sidewalk and suffered minor injuries when the disabled vehicle was pushed onto the sidewalk.

RELATED: Suspect identified in hit-and-run that killed woman on sidewalk

Mathew Paul, 44, who was driving the pickup, sustained minor injuries and was transported to an area hospital. Alcohol is suspected in the crash, according to WRPD.

Paul has been arrested 38 times since 1992 and has been convicted of drinking and driving five times, according to documents and other records obtained by 9Wants to Know.

His first alcohol-related conviction came in 2001 in Arapahoe County, when he pleaded guilty to driving while ability impaired by alcohol after first being charged with driving while under the influence of alcohol. He was also convicted of DUI twice in 2006, in Edgewater and Golden; in 2010 in Lakewood; and in 2013  in Jefferson County.

Wheat Ridge police spokeswoman Sara Spaulding confirmed to 9Wants to Know that Paul is expected to face criminal charges in the wake of the incident.

He was initially hospitalized after the crash. He has since been released.

Spaulding said police suspect alcohol was involved in the wreck, meaning Paul could face a felony DUI charge under a 2015 state law designed to crack down on chronic drunken drivers. It made it a felony for anyone to be arrested for drinking and driving with three or more prior convictions.

Spaulding said the video is a good reminder of why it's so important to move over for emergency vehicles and said everyone involved in this incident is "extremely lucky."