Christopher Adams-Wenger faces a maximum sentence of 12 years to life. 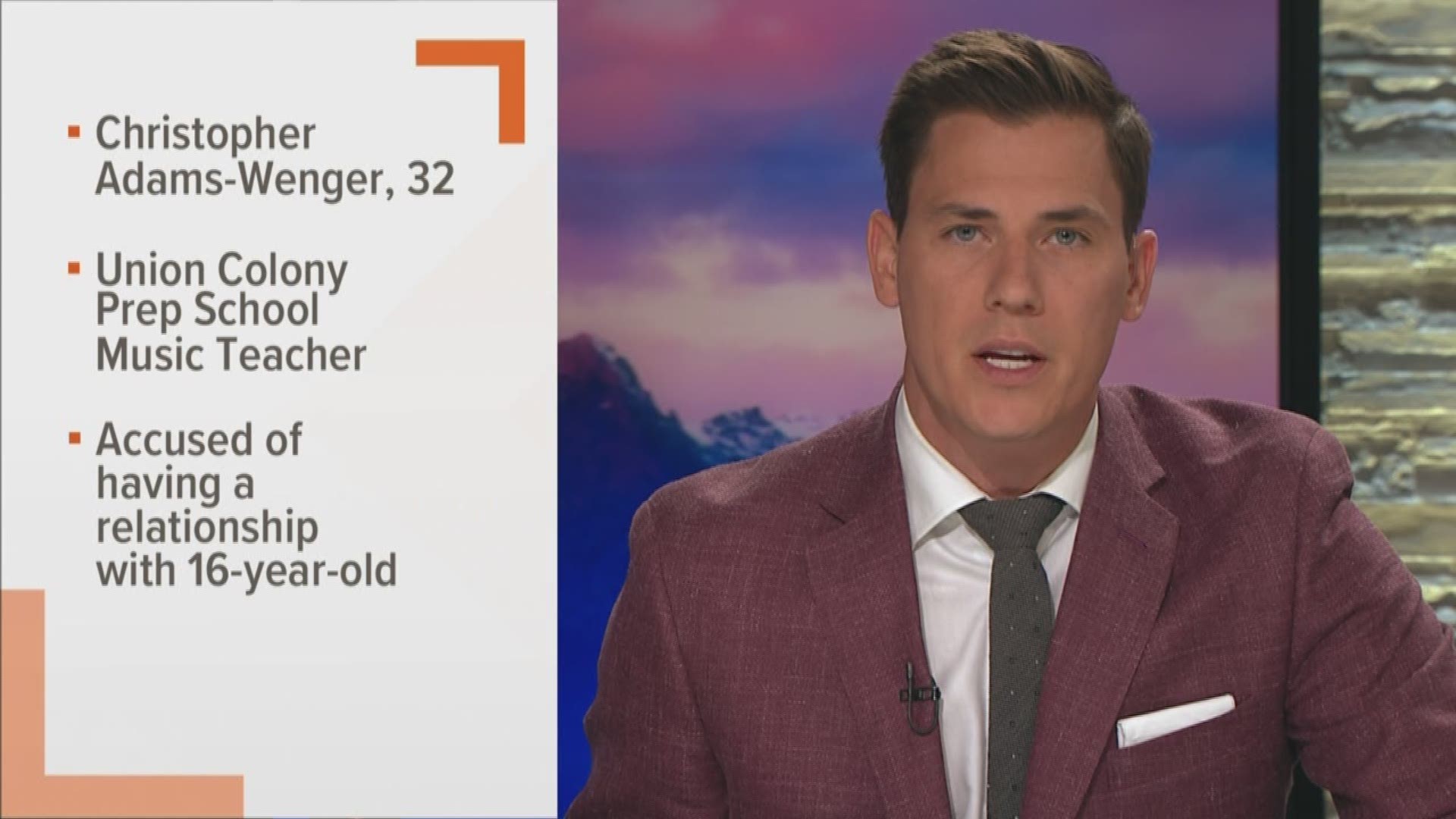 WELD COUNTY, Colo. — A former teacher at Union Colony Preparatory pleaded guilty Tuesday to sexually assaulting one of his students, a teenage girl.

The Weld County District Attorney's office said Christopher Adams-Wenger admitted to having an intimate relationship with one of his students.

Adams-Wenger pleaded guilty to one count of sex assault on a child – position of trust.

> VIDEO: The video above is from when Christopher Adams-Wenger was arrested last September.

The relationship between Adams-Wenger and the student lasted between March and September 2019, the DA said.

Adams-Wenger faces a maximum sentence of 12 years up to life in prison.

According to a previous report, Adams-Wenger was a choir/orchestra teacher at Union Colony Prep.

A school employee reported to Greeley Police rumors were circulating of a relationship between Adams-Wenger and a 16-year-old student.

Greeley Police said that while they were investigating, they were able to corroborate the relationship between Adams-Wenger and the student.

Union Colony Prep School has students in grades 6-12 and is located at 2000 Clubhouse Dr. in Greeley.

"Chris Adams-Wenger, a choir/orchestra teacher at Union Colony Preparatory School, was arrested today, Sept. 6, 2019 by the Greeley Police Department. He is facing a felony criminal charge of sexual assault on a child by a person in a position of trust. See C.R.S. § 18-3-405.3.

Mr. Adams-Wenger remains employed at Union Colony but was placed on leave Wednesday, Sept. 4, 2019, after allegations of sexual assault were reported to school administration.

Mr. Adams-Wenger has worked at the Union Colony Preparatory School since August, 2016.

Union Colony Schools and Greeley-Evans School District 6 are working cooperatively with the Greeley Police on this matter.Student safety and security is always the number one priority at Union Colony/District 6. If any student or guardian has information about Mr. Adams-Wenger or allegations that could be shared with the Greeley Police Department, we encourage them to contact Detective Elizabeth Finch at (970) 350-9682. Under state and federal law a person charged with a crime is presumed innocent until proven guilty."