Westminster couple recovering after being shot by a neighbor

Police called the incident on Aug. 28 a dispute between neighbors, while a friend of the victims said the shooting was "senseless." 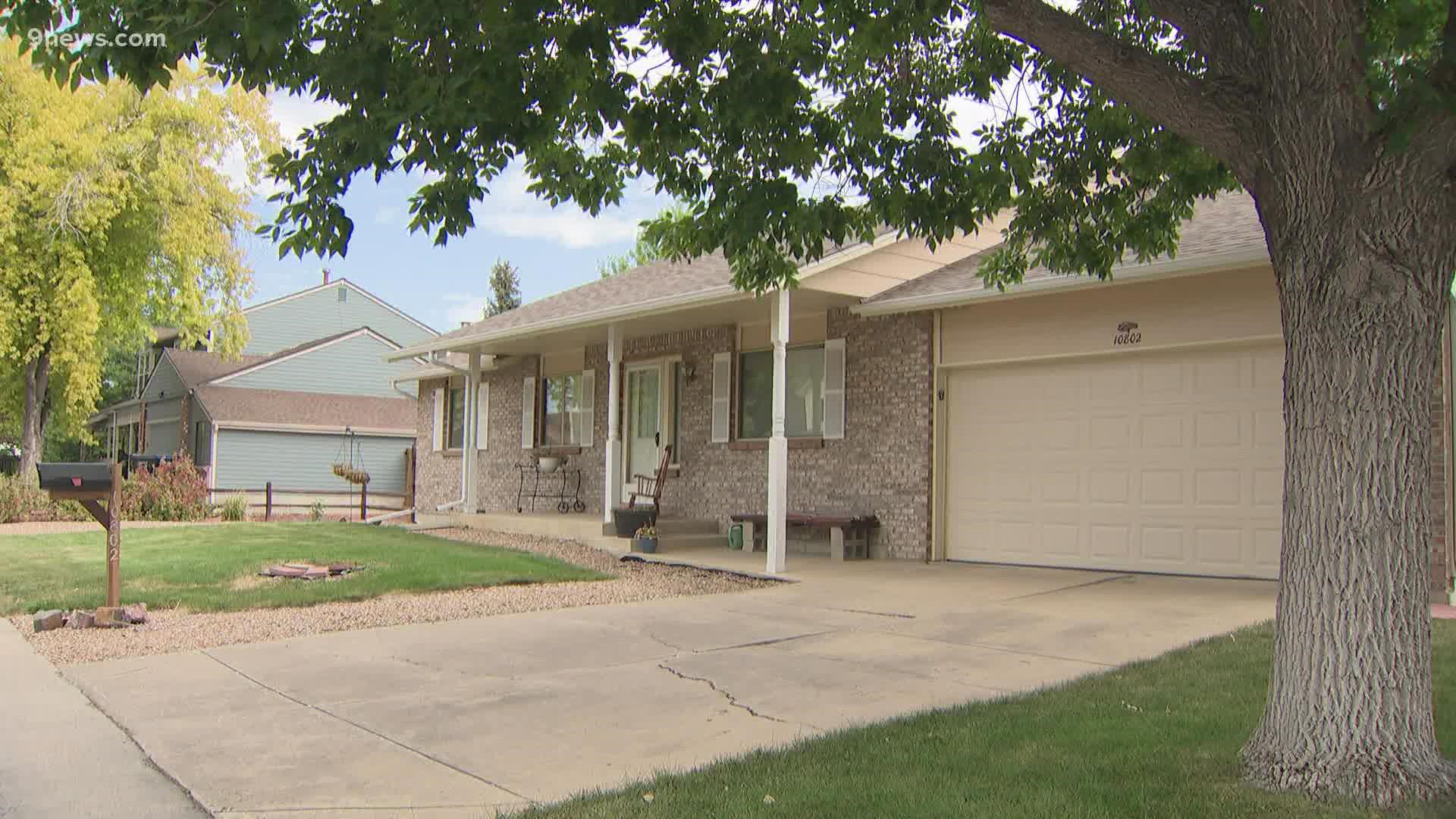 WESTMINSTER, Colo. — Life on a residential street in Westminster was forever changed after what police called a dispute between neighbors last Saturday.

"Scary as all get out – terrifying. Just to think that our worst nightmare is coming true, almost,” said resident Greg Koenig.

According to the Westminster Police Department (WPD), a woman and a man were shot by their neighbor about 10:25 a.m. Aug. 28 on Hobbit Lane near West 108th Avenue. The neighbor then killed himself.

Before the shooting that Saturday morning, Koenig and his wife Colleen were getting some work done around the house.

"My wife started working on the flowerbed right around the corner, right here,” Koenig said.

That was when the neighbor across the street exchanged some unpleasant words with Colleen, causing her to go inside, he said.

"I closed the garage door and just kind of said, 'Hey, we aren't going to go down that road today,' ” Koenig said.

Moments later, he and his wife were ducking from bullets fired into their home.

"One, two, three, four – I think it went top to bottom, just shooting in,” Koenig said, showing the bullet holes in his garage.

He figured it was the neighbor firing the shots, but he didn't know that the targets were not him and wife, but their next-door neighbors, Gary and Susan Reese.

It was unclear why the neighbor shot at them. Their family friend, Don Brown, called it "senseless."

"Apparently, they were backing out of their driveway to go up and see one of their daughters – their oldest daughter – she just began her first year at CSU," Brown said. "As they get in their car with their twin 14-year-old daughters, they hear gunshots ring out."

Both Gary and Susan were hit. Even though he was injured, Gary drove the family to safety at a King Soopers down the street, as his two daughters sat in the backseat.

Meanwhile, his wife Susan texted Brown to tell him she was shot in the face and Gary was shot in his back.

"Why would anybody do this to this anybody, let alone our friends?" Brown said. "They are such amazing people."

Susan Reese teaches students with hearing and speech impairment in Adams County. Gary Reese is a teacher at Federal Heights Elementary School. Those who know them best said they’ve touched many lives.

"We call him 'Superman' – cause he can literally have Superman tattooed on his chest; he's that special,” Brown said.

The couple are now at home recovering, after spending nearly a week in the hospital.

"Now, they begin the long road to recovery on the emotional journey that is going to follow that,” Brown said.

WPD said that they responded to a parking complaint filed by the shooter in January of 2020. But they say they never responded to any violent incidents involving this man until last Saturday.

Brown set up a GoFundMe to assist the family with food, medical costs and more.

"Our thoughts are with this family," Koenig said. "They have been nothing but a model family. The nicest people."