Westminster Police said it took multiple reports Sunday of the materials in a neighborhood near Westminster Boulevard and West 112th Avenue. 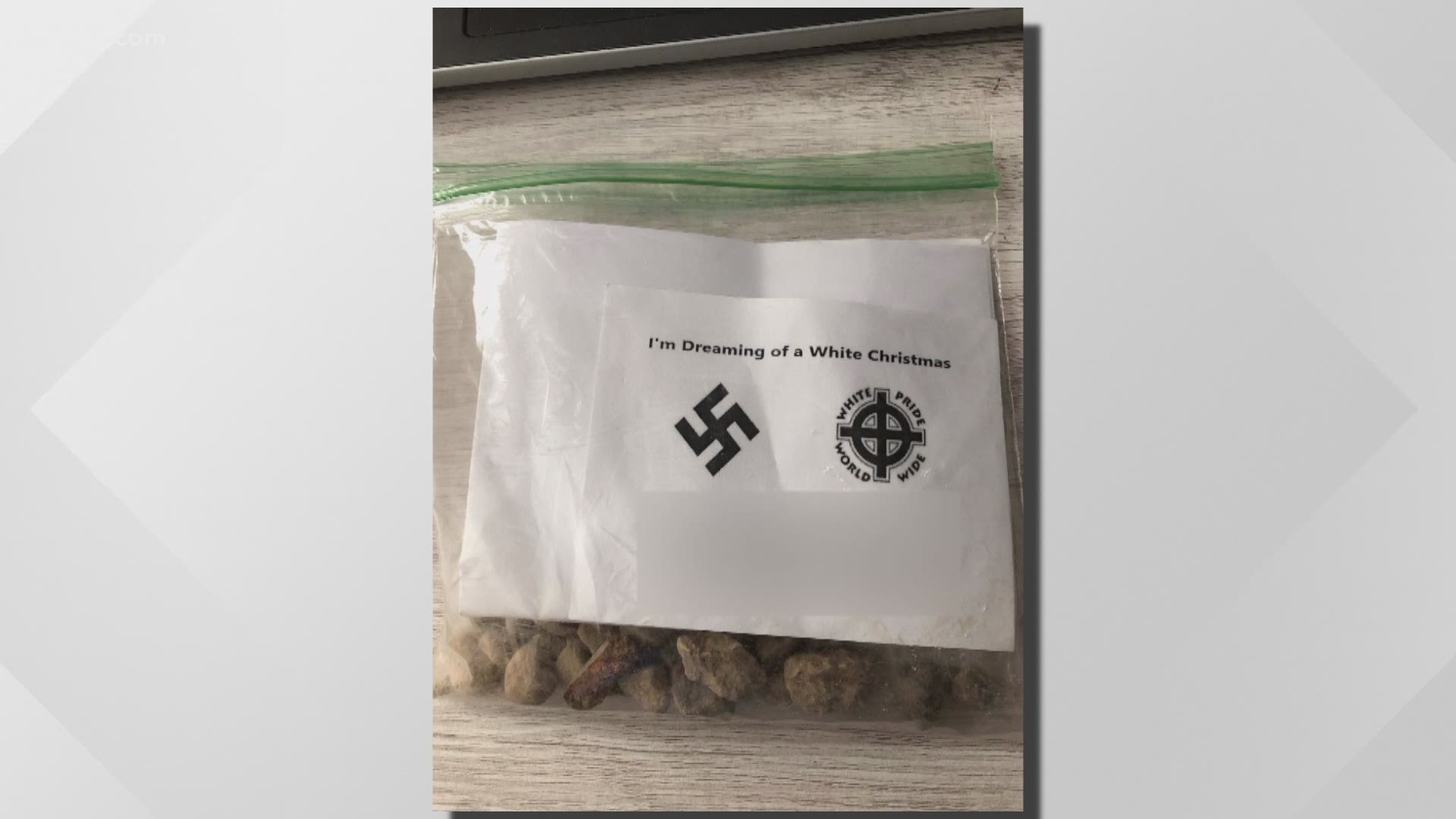 WESTMINSTER, Colo. — Residents in a Westminster neighborhood woke up Sunday morning to find white supremacist fliers had been left in their driveways during the night, according to police.

The Westminster Police Department (WPD) took at least two calls about the materials in the 11200 block of Kendall Street, which is in the area of West 112th Avenue and Westminster Boulevard, a police spokesperson said.

The flier is shown below.

An officer who went to the scene early Sunday ended up taking reports from four residences, the WPD spokesperson said. There could be more reports that come in later, she said.

Two residents who received the materials shared photos with 9NEWS that show a sandwich bag filled with rocks to keep it from blowing away, and a flier in the bag saying "I'm Dreaming of a White Christmas" with a swastika. The flier also included contact information for a white supremacy organization. The group is based in Spokane, Washington, according to the Anti-Defamation League (ADL).

The WPD spokesperson said the incidents would be investigated. She said they could possibly be a hate crime but that would have to be determined through the investigation.

A spokesperson for ADL said they had received a report of the fliers and of another incident in Colorado Springs in which anti-Jewish, anti-Black and anti-LGBTQ graffiti was left at a park, as well as swastikas and the initials "KKK."

"We are deeply saddened by white supremacist activity reported along Colorado’s Front Range this weekend. Whether it be appalling graffiti in Colorado Springs or flyers in Westminster, there is no place for such hate in our state. All people deserve to live in peace and safety, free from such acts of intimidation and harassment."

Credit: KUSA
Residents of a neighborhood in Westminster found bags with white supremacy fliers in them outside their homes on Sunday, Dec. 6, 2020.