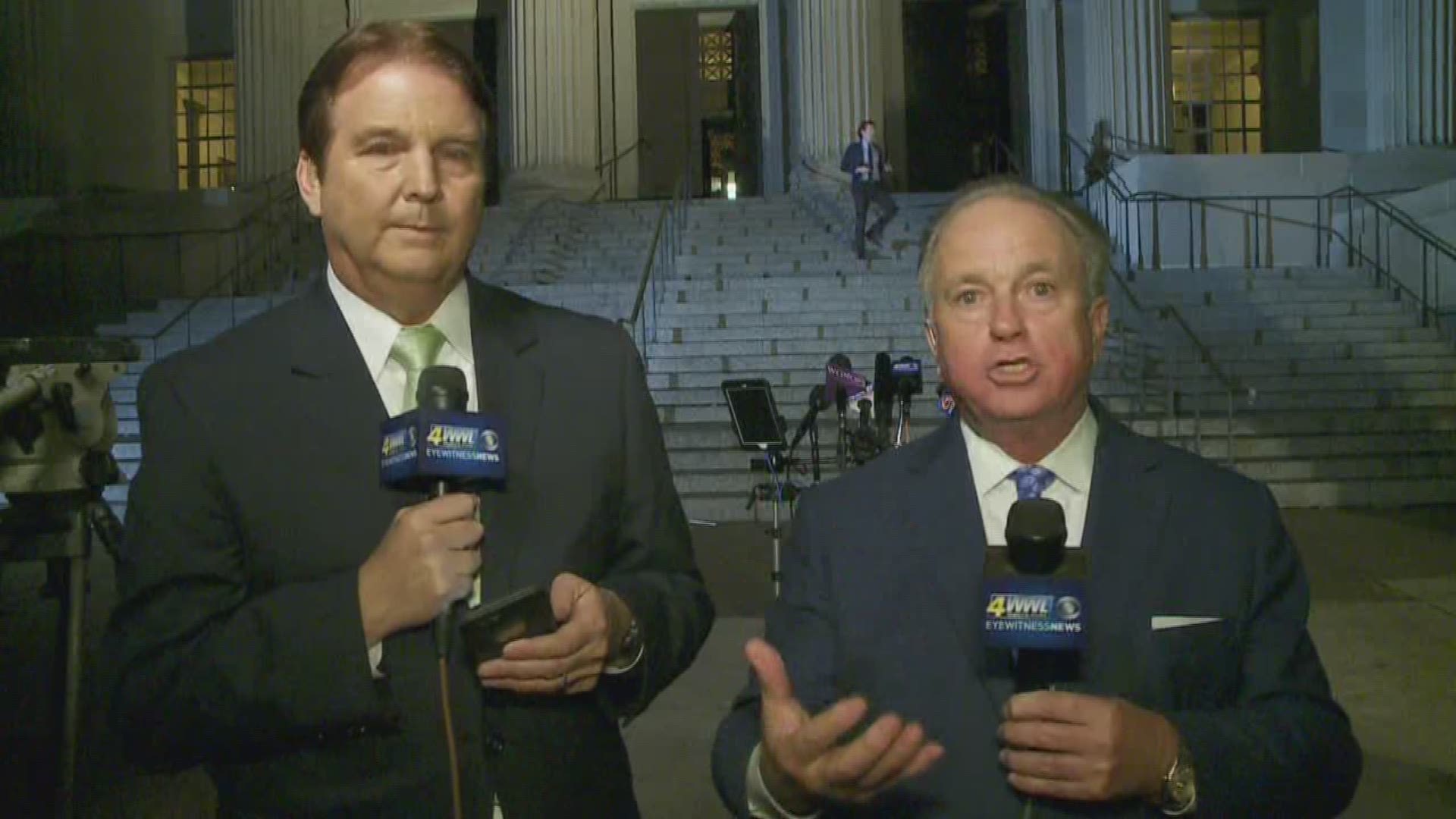 NEW ORLEANS -- An Orleans Parish jury on Sunday night found Cardell Hayes guilty of manslaughter in the shooting death of Will Smith.

Hayes, who stood still and stared straight ahead during the verdict, was also found guilty of attempted manslaughter in the shooting of Will Smith's wife, Racquel, who could be heard weeping in the courtroom after the verdict was read.

He faces up to 40 years in prison for the manslaughter charge. He will be sentenced on Feb. 17.

Deputies placed Hayes in handcuffs after the verdict as friends and family began to cry. Bounce artist Big Freedia, a cousin of Hayes, had her head in her hands.

Current Saints head coach Sean Payton was in the courtroom as the verdict was read, and former Saints running back Pierre Thomas was also there.

Deuce McAllister, also a former Saints player, said outside the courthouse, "It's not a win for anybody. It was a tough situation. There was no way either side could win."

The prosecution attorneys didn't speak to the media after the verdict. The Orleans Parish District Attorney's Office releases a statement, saying, "The District Attorney is gratified by the verdict. He believes that it was victory for the Smith family as well as the citizens of of New Orleans."

Cardell Hayes attorney John Fuller said, "I respect the jury's verdict, and I respect the pain both families are feeling tonight."

The jury handed up their decision 5 hours after Orleans Parish Criminal District Judge Camille Buras sent the four men and eight women to deliberate at 4:53 p.m.

Both sides reiterated their cases as the seven-day trial nears its end: the state arguing Hayes needlessly shot a defenseless man, while the defense said Hayes saved his own life after an enraged Will Smith went for a gun.

Rodrigue, in her 52-minute rebuttal to Fuller's nearly three-and-a-half hour closing argument, noted that Hayes's claim of self-defense doesn't stand since he rammed his Hummer into Smith's SUV intentionally and that Hayes got out of his vehicle with a gun. 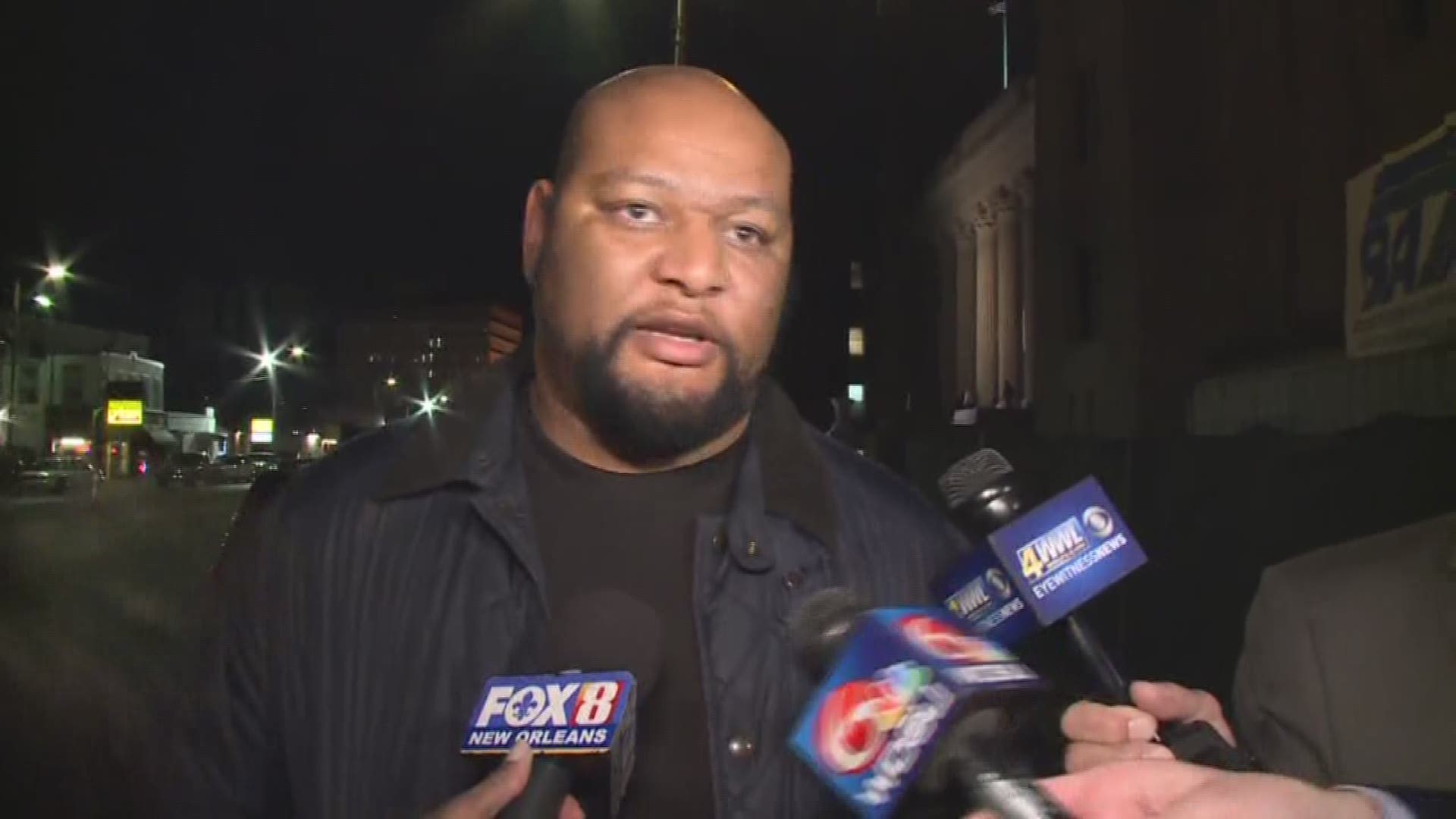 "A man is dead. A man is dead with seven bullets in his back," Napoli told the jury during the first part of his closing arguments, which lasted 52 minutes. "This is cold blooded murder on our streets."

"Things were happening so fast, as every witness testified so far, that split-second decisions had to be made," Fuller told the jury. "We still don't have a clue as to what all of them were going through that night."

Fuller, who spoke for almost four hours, didn't directly speak to Hayes's Hayes's testimony from the day before that Smith fired first and Hayes's denial he shot Racquel Smith until the tail-end of his closing.

Fuller finally reiterated what Hayes said on the stand and claimed Richard Hernandez, one of Smith's passengers that night, was the instigator.

He argued it's not known if a bullet from the gun Hayes fired or another hit Racquel Smith.

The state has repeatedly asserted that no ballistics evidence or testimony outside of what Hayes said supports such a theory.

Fuller called Hernandez "that chump who got on the stand."

"Hernandez is a coward!" he shouted, noting that Hernandez fled the scene after he ripped off his shirt in an act of aggression.

"Hayes can look at you and lie with a smile on his face," Napoli told the jury during his closing argument.

Those was among the various conflicting accounts of what happened during the shooting.

Napoli accused the defense of calling Racquel Smith "a liar." He said that everything she testified on Tuesday was backed up by evidence.

But Fuller said that the number of casings and bullets the state said were found on the scene weren't adding up. "And you want to call this young man a liar?" he said.

Fuller told the jury they need to reach their verdict based on facts presented during the trial and not emotion.

"The lies are done. … Will Smith played defense for this city," Napoli said. "He was defenseless that night. Now it's your turn to play defense for him."

"Cardell acted in self-defense. He is not guilty," Fuller said. "You've got to make some tough decisions. The proper decision is not-guilty on all counts."

Rodrigue, whose voice rose as she continued her rebuttal, said Hayes "pumped garbage into this courtroom" when he took the stand.

"You know what this case is about? Stupidity," she said, her voice almost shrieking.

Hayes based his whole defense on trying to avoid saying "I got really pissed off any killed someone."

Courtroom Drawings: Day 3 of testimony in Will Smith shooting trial