Caryn Sodaro, 55, has a criminal history in Colorado dating back to 2009, according to court records. 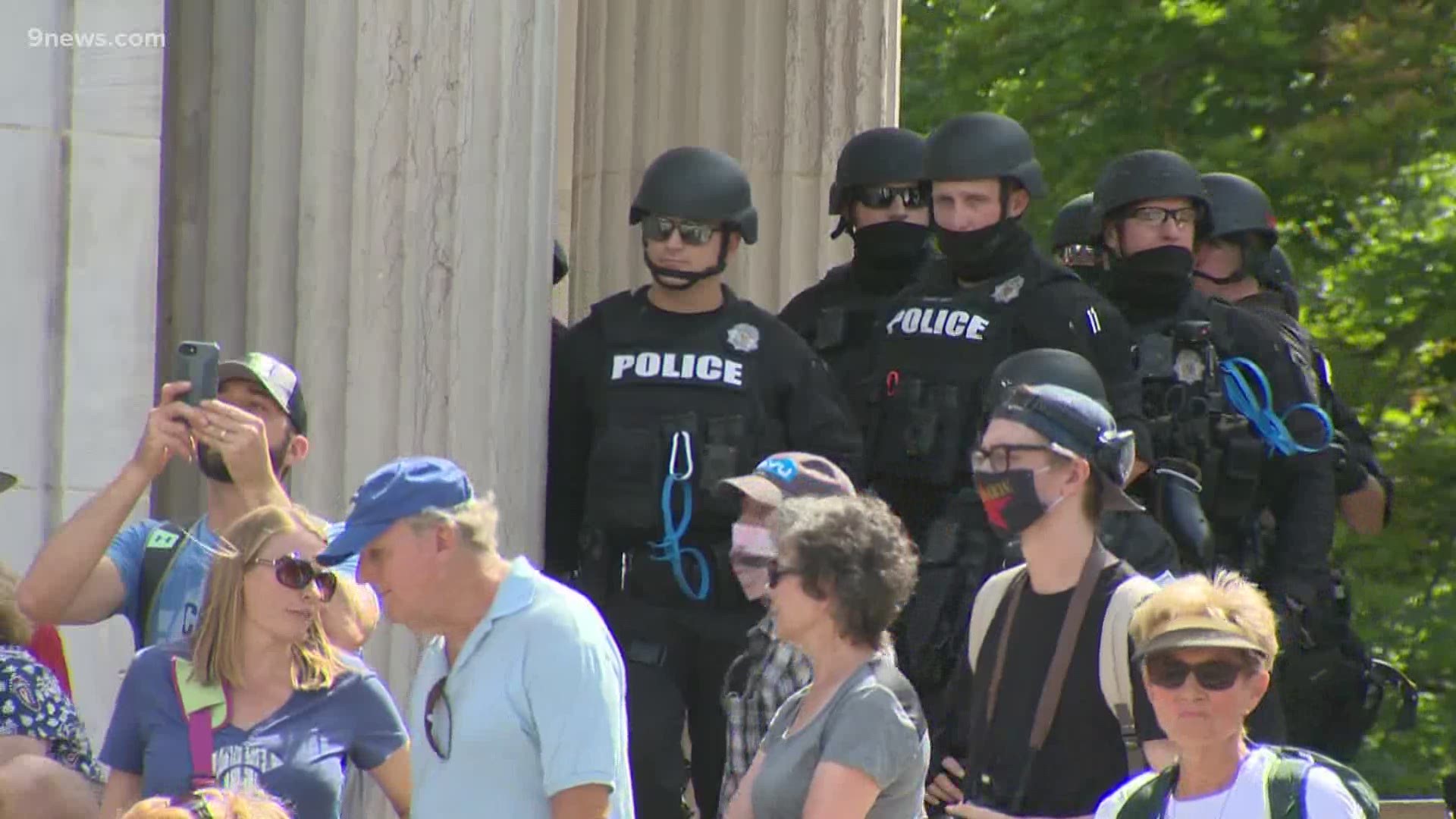 DENVER — The woman arrested for assault during the dueling pro and anti-police rallies at Civic Center Park Sunday afternoon is accused of grabbing the victim by the hair and throwing her to the ground, according to an arrest affidavit obtained by 9NEWS on Friday.

Caryn Sodaro, 55, faces an assault charge for the incident, which the affidavit says left the unidentified victim with a bloody nose and scraped knee.

>>> Watch the video above for a July 19 9NEWS story about the protests.

Sodaro is a longtime activist in Denver. According to a 2011 9NEWS story, she was one of dozens of Occupy Denver protesters arrested at the Colorado State Capitol.

Colorado Bureau of Investigation records show she was arrested as recently as late May for a curfew violation during the Black Lives Matter protests, and the Associated Press reports that she spent multiple weeks in jail for pleading guilty to making anonymous suicidal calls to emergency crews in Weld County while working as a volunteer firefighter.

According to Colorado Bureau of Investigation (CBI) records, over the past 10 years Sodaro has pleaded guilty to bribery, attempting to influence a public servant, trespassing, obstructing a police officer and misdemeanor assault.

Sodaro was the only person arrested during Sunday’s protest, during with demonstrators from opposing sides shouted opposing chants, and some Make America Great again hats and Thin Blue Line flags were set on fire.

The Denver Police Department (DPD) said it used pepper spray to disperse the protesters, and the pro-law enforcement group had largely left the area by 5 p.m.

The counter protest was organized by Denver Homeless Out Loud, Aurora Copwatch and the Party for Socialism and Liberation – Denver.

Some people who were there for the pro-law enforcement event bemoaned the lack of DPD's use of force, including attorney and KNUS talk radio host Randy Corporon. In a tweet, he referred to Chief Paul Pazen as "Chief Brazen Coward" and said, "Next time, we won't wait on them."