Four hundred pounds of meth, five pounds of heroin, four pounds of cocaine, and 15,000 fentanyl pills were seized as part of the investigation. 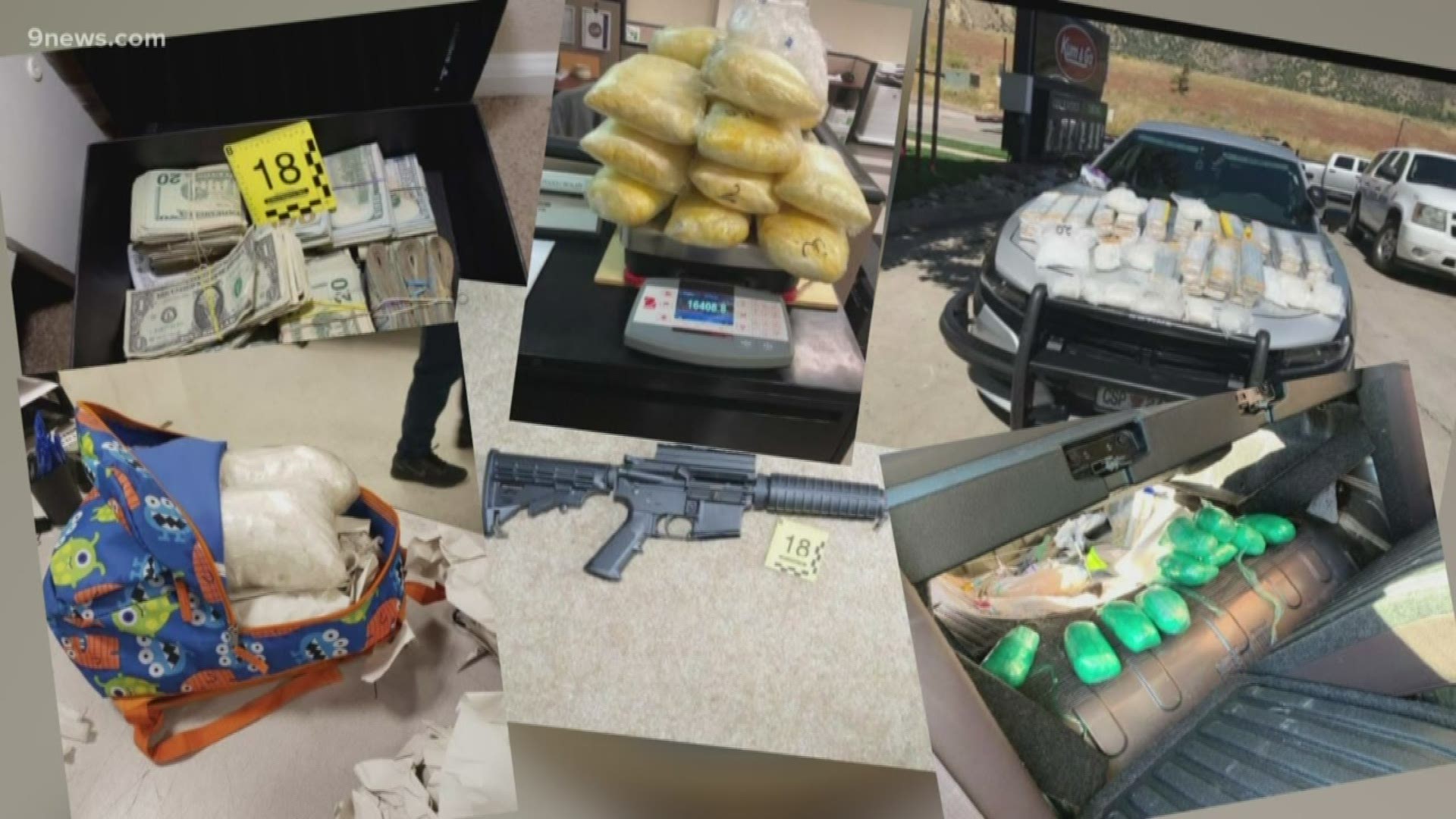 DENVER — A woman who's accused of being the ringleader of a large drug ring operation in the Denver metro area has been charged as a kingpin, a charge rarely sought, federal authorities announced Wednesday afternoon.

"This criminal enterprise was responsible for poisoning our community and furthering the opioid and methamphetamine epidemic, but today our community is safer," said FBI Special Agent in Charge Dean Phillips.

Federal indictments that were unsealed Wednesday name 30 defendants — at least 24 have been arrested for their roles in two separate drug organizations that were involved in weekly high volume narcotics trafficking, according to Phillips.

"The larger criminal enterprise used Denver and Aurora as a base of operations for distribution throughout the state and elsewhere throughout the United States," Phillips said.

Most of the arrests were made last week following a law enforcement operation that began in late 2018. Four suspects are in Mexico and one is at large in the U.S., according to federal authorities.

"The operation resulted in the seizure of over 400 pounds of methamphetamine, more than 15,000 fentanyl pills, five pounds of heroin and over four pounds of cocaine," said U.S. Attorney Jason Dunn.

RELATED: More than $60,000 in cocaine seized from Edwards mobile home

Most of the drugs came from Mexico and have a street value in the "millions of dollars," according to Dunn.

Candelaria Vallejo-Gallo, who is in the U.S. illegally, was arrested at her home in Aurora last week and charged with operating a continuing criminal enterprise (CCE), also known as drug kingpin charge.

The following criteria must be met to charge someone as a kingpin, according to Dunn:

"It's a very rare occurrence, a very serious occurrence and not a charge we take lightly," said Dunn.

If convicted as a drug kingpin, she faces 20 years to life in federal prison. The other people indicted face charges ranging from conspiracy to distribute drugs, possession with intent to distribute and money laundering. One person also faces federal firearms charges.

Dunn also noted that most of the seized fentanyl pills were disguised to look like oxycodone.

"I cannot overstate how dangerous that was to the community," Dunn said. "The influx of fake prescription opioids is a growing and deadly concern for this office. Had these pills reached the streets, thousands of unwitting end users would have been at significant risk of overdose and death."

Cash, guns and several vehicles were also seized, according to Phillips.