Woman dead after being hit by SUV in Northglenn; suspect in custody

Police said the incident happened in the 10400 block of Washington Street Saturday. 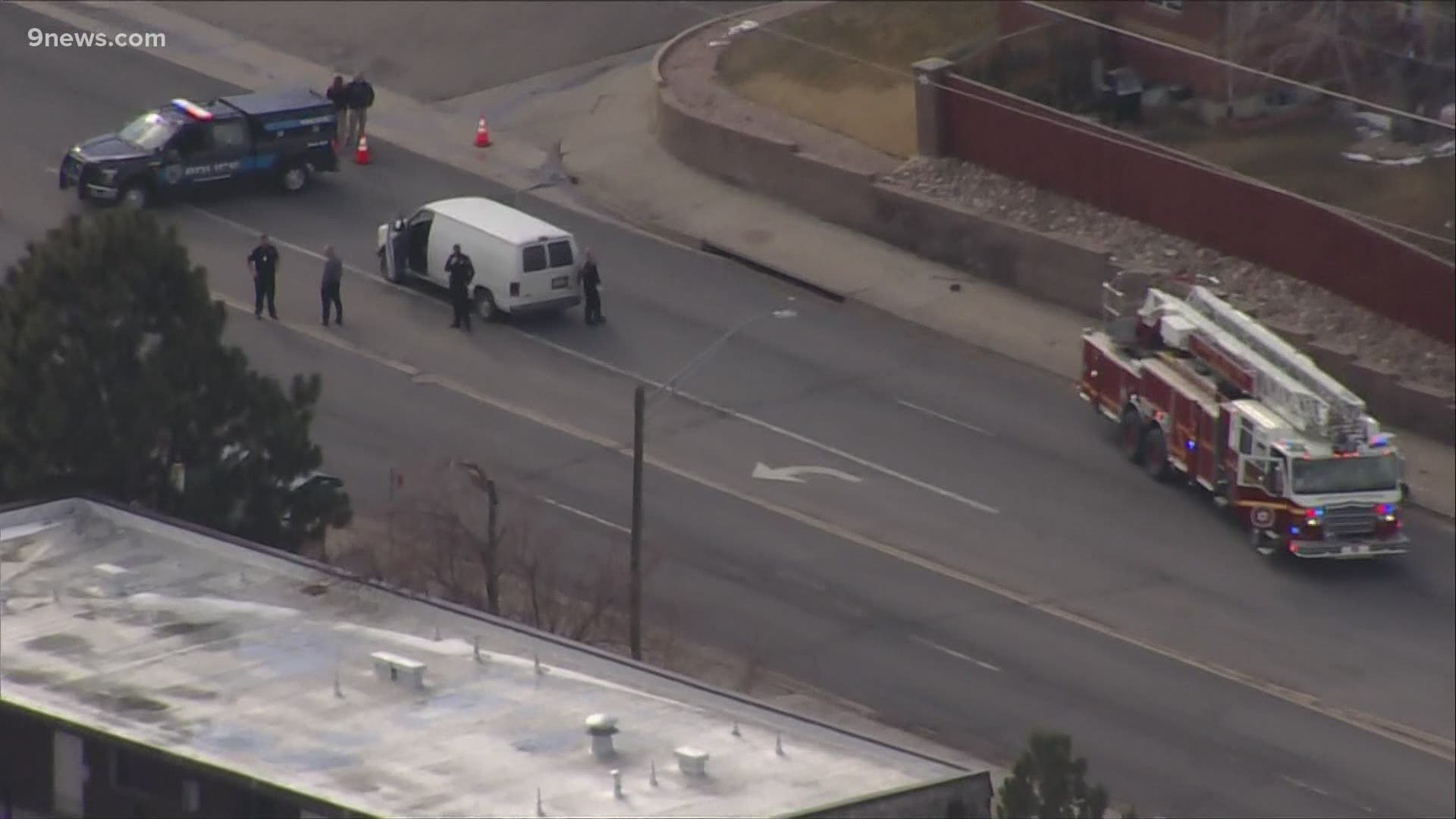 NORTHGLENN, Colo. — A suspect is in custody after a woman was struck and killed by an SUV Saturday, the Northglenn Police Department (NPD) said in a news release.

Officers said they responded to a report of a black SUV driving recklessly, ultimately striking a pedestrian in the 10400 block of Washington Street at around 11:40 a.m.

After witnessing the SUV run into a fence north of Muriel Drive and Washington Street, NPD said they were able to block the vehicle.

Police took one man into custody. The woman was pronounced dead at the scene, NPD said.

The identity of the suspect has not been released.

The incident is currently under investigation by NPD, and anyone with information can contact Detective Jamie Thibodeau at 303-450-8875 or by email at jthibodeau@northglenn.org.