Police said the suspect vehicle was located and abandoned in Douglas County. 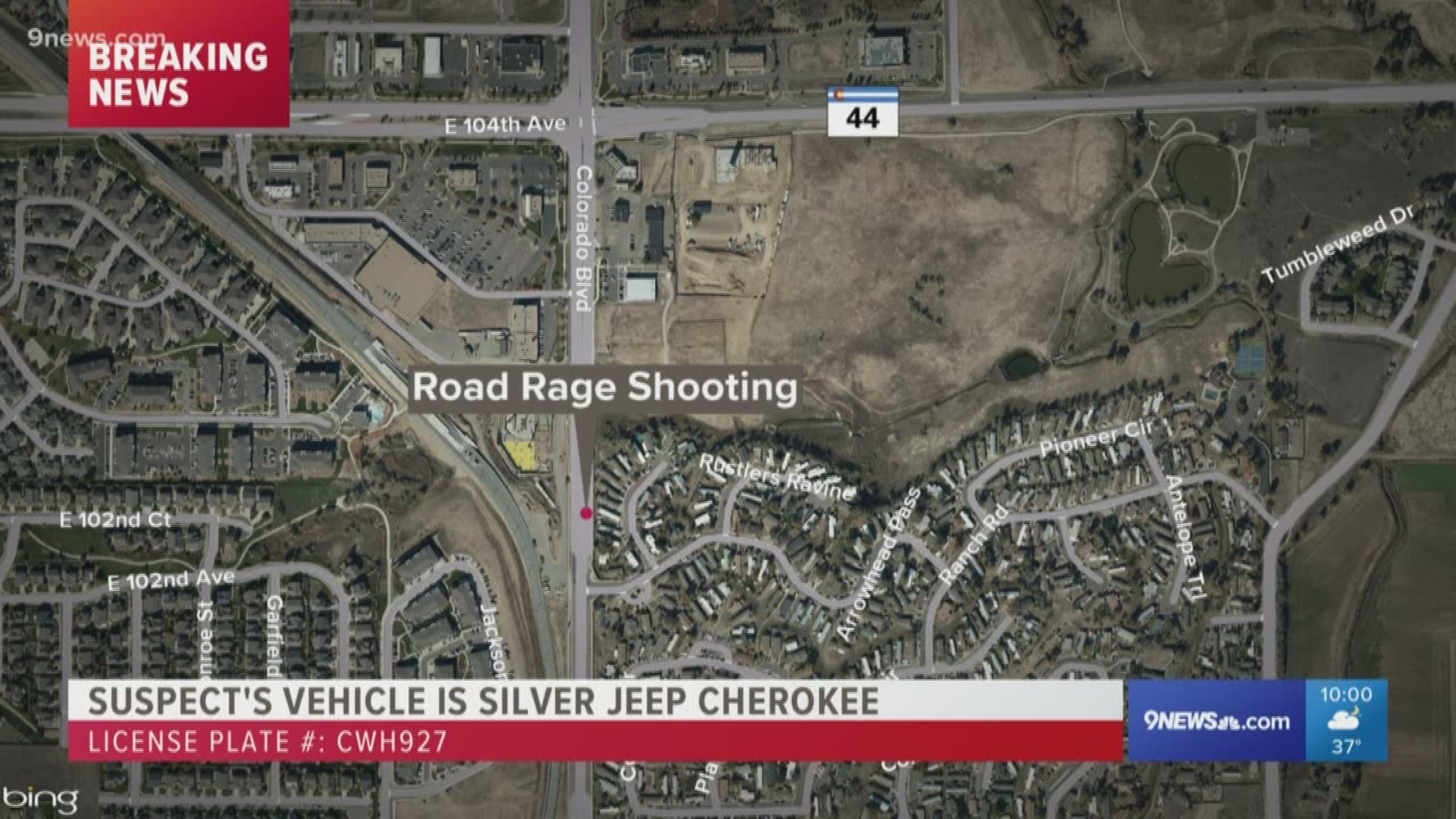 THORNTON, Colorado — A woman was shot during a road rage incident in Thornton on Friday evening.

Officer Mendez with Thornton Police said just before 5:30 p.m., two vehicles were involved in the altercation.

One of the vehicles, a silver Jeep Cherokee, pulled next to the other vehicle and fired into it, striking the woman who was driving.

The woman was taken to a hospital with serious injuries, according to Mendez.

One lane of southbound Colorado Boulevard was also closed.

Anyone with information on the shooting is asked to call Thornton Police at 720-977-5150.