Senior Kendrick Castillo was killed in the May 2019 shooting at STEM School Highlands Ranch when he lunged at one of the suspects. 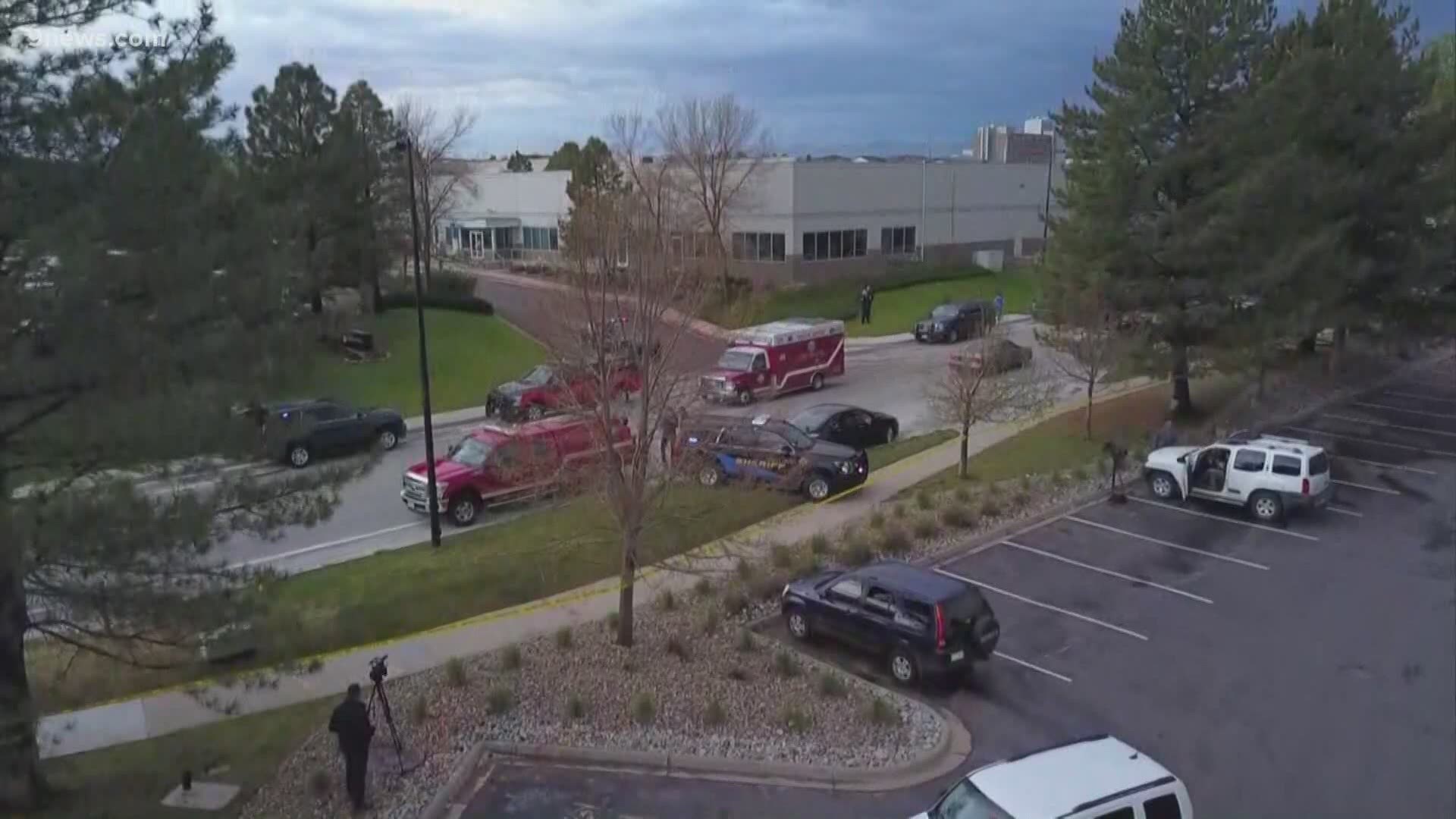 DOUGLAS COUNTY, Colo. — The parents of Kendrick Castillo had harsh words for their son’s killer as they faced him through a television screen during a hearing Friday afternoon where a judge ultimately sentenced the teen to life in prison with parole plus 38 years.

“I condemn you to hell. I will never forgive you, I hate you,” said John Costillo, who noted that as a man of faith it was difficult for him to say those things.

He and his wife Maria were the last two of nearly two dozen people who spoke at the sentencing hearing for Alec McKinney, now 17, who pleaded guilty in February to charges related to the May 7, 2019 shooting at STEM School Highlands Ranch.

Charges are still pending against Devon Erickson in connection with the shooting that resulted in the death of Kendrick Castillo, who was lauded as a hero for joining other classmates to rush one of the two gunmen.

Eight others also were shot. Two of them were injured by a private security guard who helped detain one of the teen suspects.

“I’m bummed we didn’t get a bigger sentence after that life," 18th Judicial District Attorney George Brauchler said. “If you engage in the planning and execution of a mass shooting at a school, you should expect the system to take from you every single second of the freedom that you have, and we didn’t get that today.”

Due to his age at the time of the shooting, the judge had to sentence McKinney to life in prison with the possibility of parole related to the first-degree murder charge for the death of Kendrick. Mckinney received an additional 38 years but had faced a maximum of an additional 408 years on the other charges.

The hearing, which was held partially remote due to the coronavirus pandemic, was a chance for victims and their family members to testify in court about how they've been impacted.

“My son’s life mattered and as long I am alive I will do anything and anything in power to make sure this evil killer will pay for what he did,” said Maria Castillo. “I will never forgive. My only wish is to see him dead, burning in hell.”

She sobbed as she recounted the day of Kendrick’s death and said even more than a year later she still waits for him to come home before remembering that will not happen. She noted he was her only child and said she and her husband will never have grandchildren.

Her husband said during his testimony that his son’s killer had “awakened an activist” who would fight to keep schools safe.

"Look at my face you coward," John Castillo said. "I hope you know when you did this to a Castillo you’re going to pay. You disgust me. Know that you are nothing and I'll fight you to the end."

At the end of the hearing, before sentencing, McKinney made a lengthy statement, and he sobbed throughout. He said he would not ask for a lenient sentence and also apologized as he spoke directly to each of the victims including the parents of Kendrick.

“What I have done is unforgivable. I ripped away your lives," he said. “I pray to Kendrick. I dream about him. Every day I wake up even if it’s little, I do something positive for Kendrick.”

Several other witnesses who testified earlier Friday morning said they believed the shooter was their friend and couldn't understand how or why they were targeted.

“Alec was one of my favorite students," said Gabriella Leddy,  who was in the classroom next door to where the shooting occurred. "I found him charming, witty and was always friendly toward me."

She said she went above and beyond to support McKinney and said that included inviting him to join the LGBTQ support group which she sponsored. She said when she noticed he was struggling and seemed lonely she reached out.

"I cannot express the amount of betrayal knowing it was Alec who orchestrated this evil attack," she said. "He must have known he was putting me and his classmates I thought were his friends in danger."

One of those classmates also testified Friday and noted that May 7, the day of the shooting, is also her mother's birthday.

The mother of another student testified about her daughter's friendship with McKinney and said her daughter initially told her that she believed McKinney had tried to save her when she saw him in the classroom. They later learned from other witnesses that was not the case.

"He stood behind her where she couldn’t see and had a gun pointed at her," the mom testified. "She was a target despite the caring and respect she had shown him."

One student testified that he had to hop over a puddle of blood as he left the school and has been diagnosed with PTSD that is so bad school is almost unbearable. He said even the sound of someone stomping sends him into a panic.

"The event he [Alec] put into motion still haunts me to this day. How can someone you never knew hurt you so much?" Aidan Morrison said. "I hope you suffer in prison because you deserve it."

One mom said her son who was in 7th grade had been in counseling prior to the shooting because he had a fear of a school shooting. She said they were working through that fear when on May 7 he had to huddle on the floor next to a fellow student who was wounded.  She said both of them tried to stay as still as possible, not knowing where the shooter was. A teacher asked if they could find something to help stop the girl's bleeding.

She testified that her son and the teacher improvised with a sweatshirt and tied that around the girl's wounded leg and elevated it until they could get additional help.

"Alec McKinney stole my children’s innocence," she said. "He made school a dangerous threatening place for them."

McKinney's mom also testified at the hearing where she apologized to all the families, even though she admitted it wouldn't mean much.

"I know it's quite different but I've lost mine [son] too. We are also going to be left with these scars forever," she said as she turned to face the others in the courtroom. "But your son [Kendrick] was a hero and always, always will be."

Also during his lengthy comments, McKinney said he had received fan mail and spoke to those considering a school shooting.

"To anyone who is thinking about a school shooting. Get help now," he said. "Don’t be a coward and hide behind a gun.”

McKinney, who was 16 when the shooting occurred, was charged as an adult and pleaded guilty in February to 17 charges:

In addition to that sentence, he faced a maximum of 408 years for the other charges.

During a news conference following McKinney's sentencing, John Castillo had a mesasge for the community.

"Remember Kendrick Castillo, remember the hero, and do the right thing," he said. "He stopped the killers. He didn’t try, he did it.”