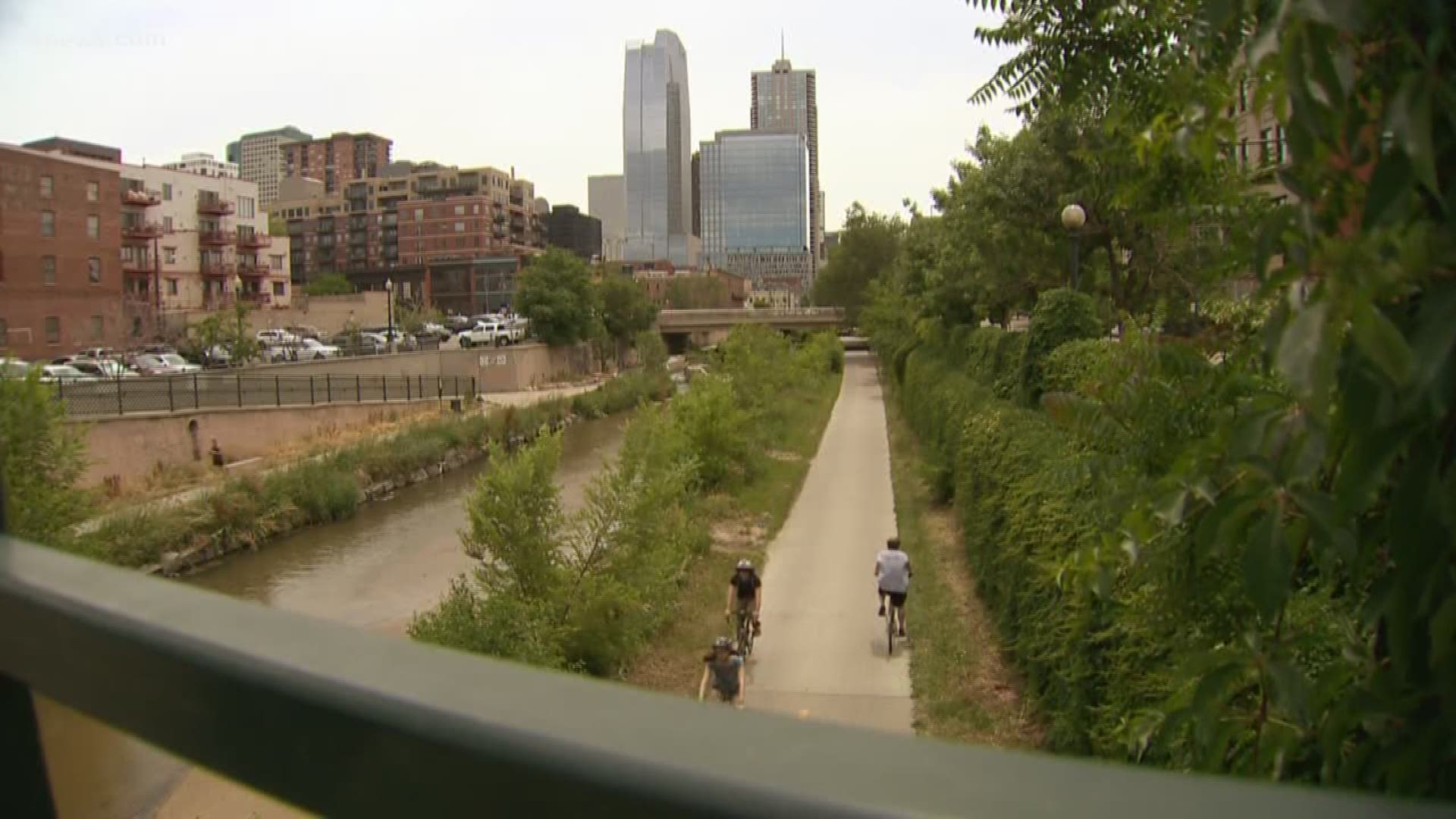 DENVER — Denver police are investigating a head-on crash between two cyclists on the Cherry Creek Trail Tuesday evening that left one man in critical condition.

William Latimer, 55, of Westminster was in the intensive care unit of Denver Health Wednesday. His daughter, Alexandra Latimer said her father had been resuscitated by a stranger on the trail.

Latimer’s family wished to express their gratitude to the good Samaritan and all those who stopped to help.

A Denver Post reporter came upon the collision after it happened Tuesday evening on the bike path near Elitch Circle and Speer Blvd.

“Horrible scene on Cherry Creek. Head on collision at full speed,” Andy Kenney wrote in a tweet. “One cyclist stopped breathing and was recussitated [sic] by a civilian. Another being evaced now.”

Kenney said when he came across the crash Latimer was laid out on the ground and was unresponsive. He said a physician's assistant and another man gave Latimer CPR.

"Shocking because you don't expect to see that serious of a crash on the bike path," Kenney said. 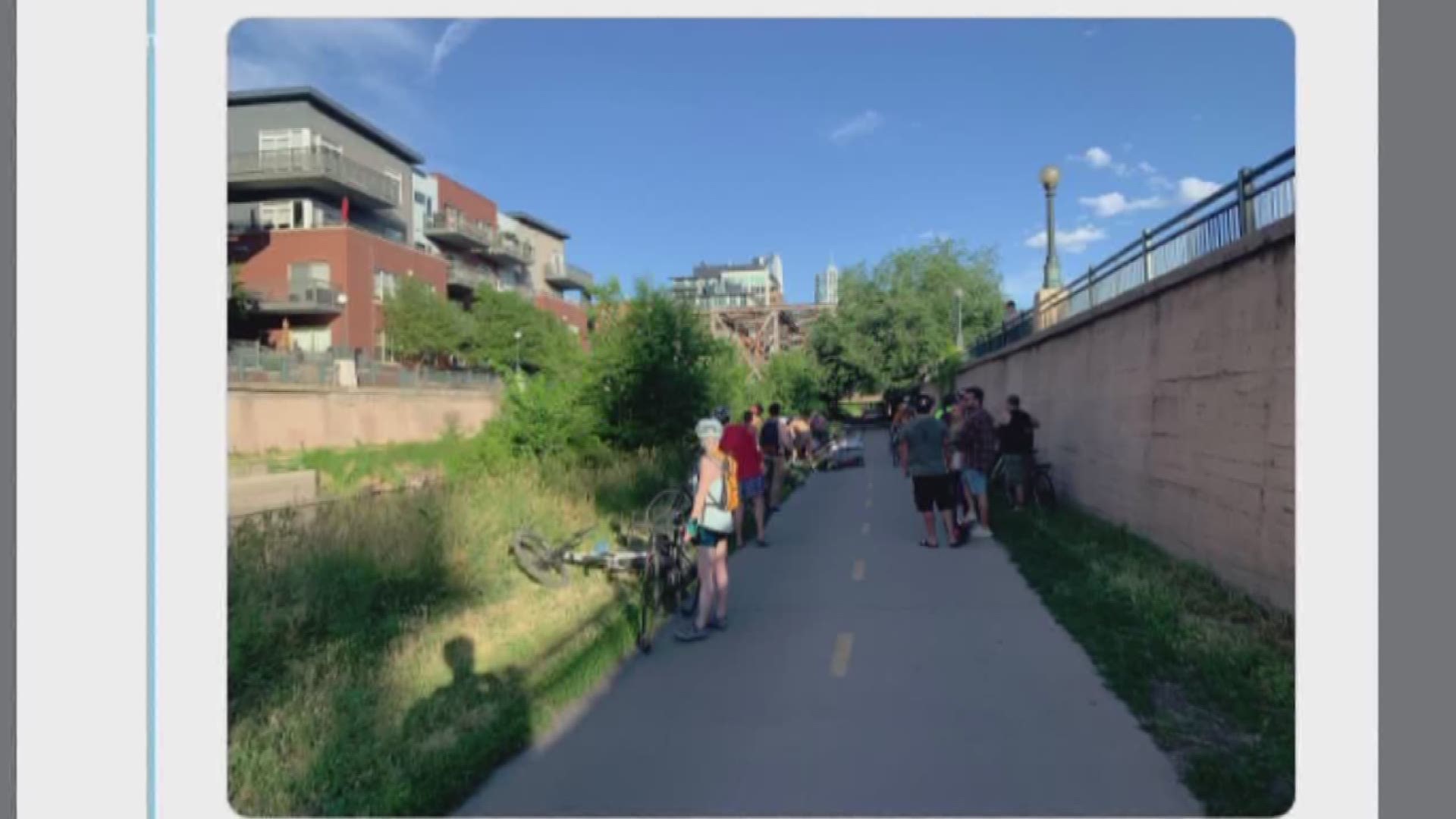 Kenney says about a dozen people stopped to help.

Denver Police said Wednesday crash reports are not completed for non-traffic/non-criminal crashes, however, the department’s Traffic Investigations Unit is looking into whether charges are warranted.

The crash happened the evening before Bike to Work Day, when some 35,000 people were expected to pedal to work.

Wednesday afternoon, Denver Parks and Recreation brought a ranger out to the Cherry Creek Trail to clock cyclists riding down the path.

“This is not the Tour de France. We don’t need people doing 30 mph on this trail system,” said Scott Gilmore, deputy executive director for Denver of Parks and Recreation. “It makes it incredibly dangerous for all users.”

Gilmore said rangers have only issued two $100 tickets in 2019. The ranger working Wednesday was mostly handing out warnings to cyclists speeding over 15 mph.

He said speeding is a concern along the Cherry Creek Trail and so is congestion.

“There’s lots of people using the trail, so please be respectful of one another and be aware of what’s going on around you,” Gilmore said.

“This is one of the safest corridors in the city of Denver,” Todd said.

Still, Todd wishes the Cherry Creek Trail were wider. The section of the path where the collision happened is about 10 feet wide.

Denver Parks and Recreation would love to see the same, but there are limits to where the Cherry Creek Trail can be widened.

“There are areas where it kind of narrows just because the limitations of the creek and the walls that were built to help our city not flood,” Gilmore said. “We would like all of our trails to be a consistent width which is around 12 feet.”

Cyclists can’t control the width of the trail, but they can be courteous, which goes a long way on the busiest bike day of the year.

“We should all be looking out for each other and treating each other with respect on the trail,” Todd said.