The timing changes are designed to improve how people travel through the city's central business district. 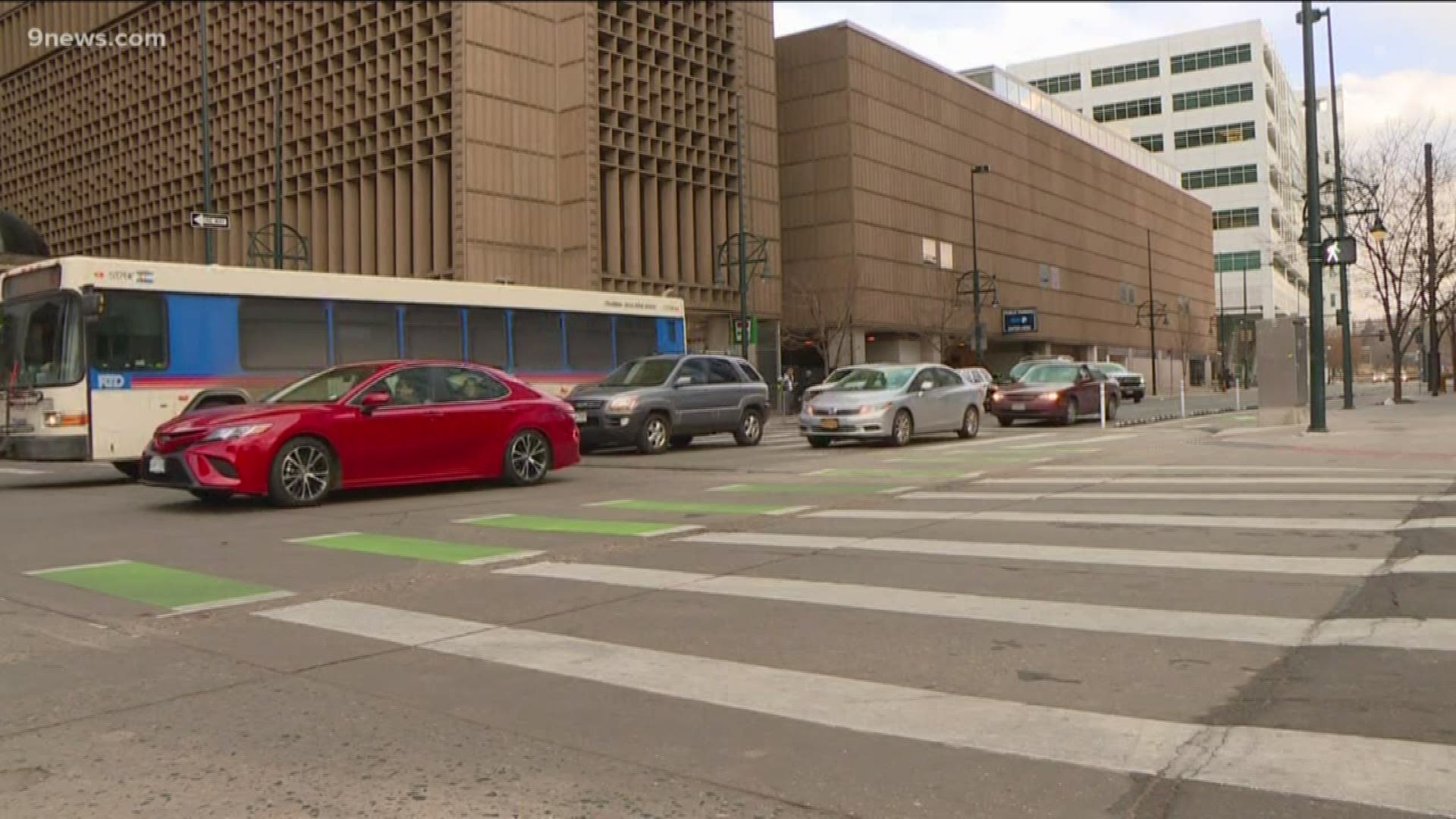 DENVER — Denver's Department of Transportation and Infrastructure (DOTI) tweaked the timing of traffic signals at more than 200 intersections downtown Saturday after a year and a half of study and testing.

"Hopefully, on [drivers'] commutes, what they'll notice is they move in and out of town more efficiently," said DOTI spokesperson, Nancy Kuhn.

The traffic light signals downtown are about 90 seconds, Kuhn said.

“We’re taking those 90 seconds and making sure transit’s moving well, cars, people, on foot and on bikes," she said.

Kuhn said the timing adjustments will maximize and optimize the flow of traffic.

‘We’re trying to get people to move in groups called platoons and they move down the corridor that way," she said.

The last time the city adjusting the timing of traffic signals was 2011. Roads have changed since then.

Whether you're driving, cycling or walking downtown, the goal is to keep people moving.

“You should be able to see less stops is what we’re shooting for," said Michael Finochio, engineering manager with DOTI.

Finochio said the department collected field data, built and tested models over the past year and a half, taking into account all modes of transportation.

“It’s not just about the vehicles," he said. "We have to consider the bicycles, the pedestrians, the transit movements.”

You may not notice the change, but DOTI is counting on the timing working out for everyone.

“Making it so that the progression in and out of town is smooth, it’s safe and works efficiently," Kuhn said.

DOTI plans to adjust the timing of signals again in about five years.