According to data from the Denver Police Department there have been 47 traffic deaths in Denver so far this year. 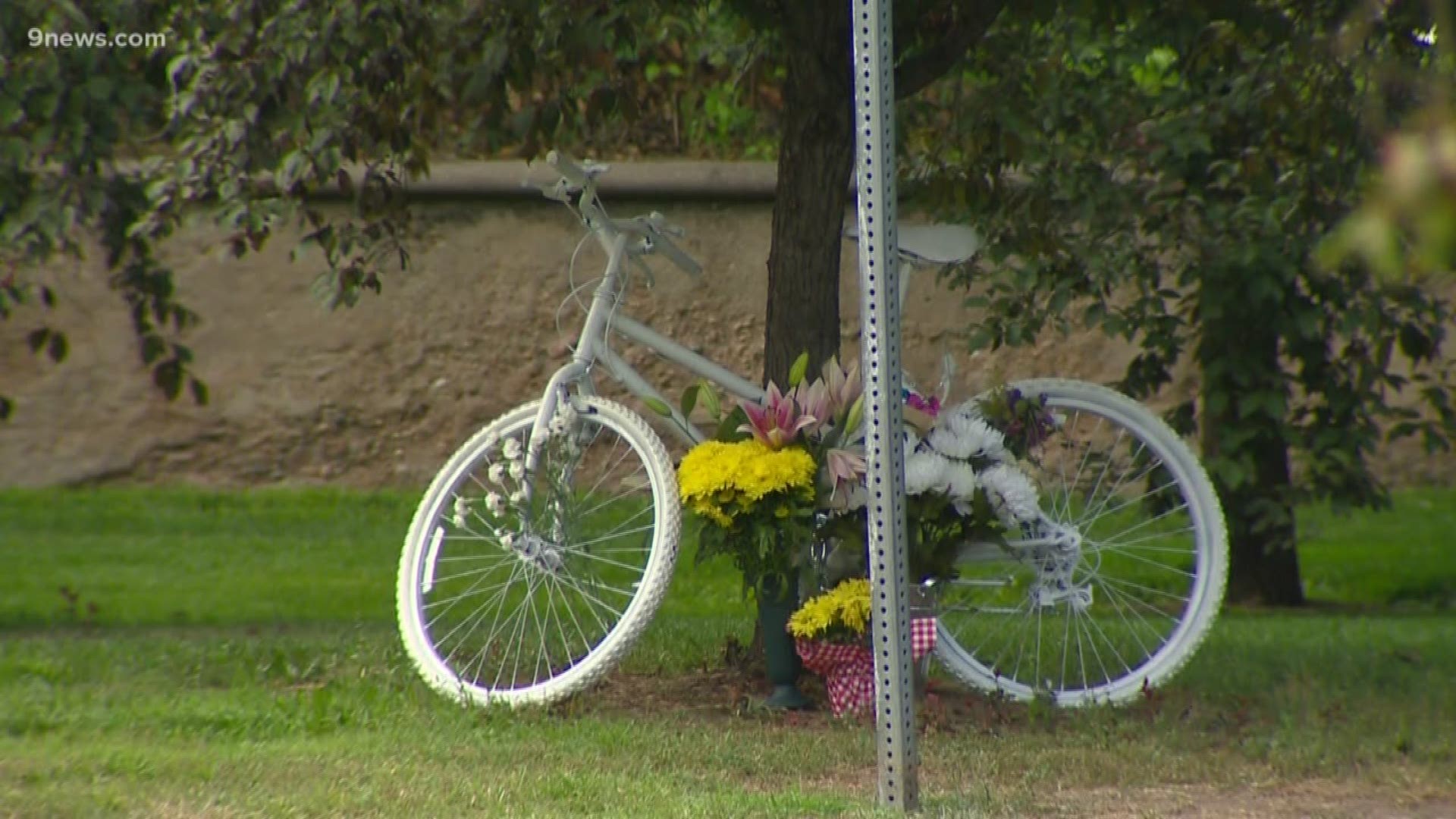 DENVER, Colorado — A white, spray-painted ‘Ghost Bike’ is set up at Bayaud Avenue and South Marion Parkway as a memorial to 37-year-old Alexis Bounds who was hit and killed there by a truck driver last Wednesday.

Dozens of cyclists roll through that intersection near Washington Park every night at rush hour. Today, many stopped, some saying a prayer, others crying, over the Ghost Bike and flowers.

“I ride this all the time. And I always thought this felt pretty safe because there’s a bike lane here, it’s just that paint doesn’t protect anyone,” said cyclist Robbie Hobein, holding back tears. “Paint’s not a barrier. Paint’s not going to stop you from getting squished.”

The two recent cycling fatalities have fueled the calls for better road infrastructure in order to better protect cyclists and pedestrians.

Denver’s Vision Zero plan aims to eliminate all traffic fatalities by 2030 and has an in-depth plan to make that happen. For example, eight protected bike lanes are being installed across the city, including near the site where Bounds was killed. This is despite protests from neighbors worried about how the lanes will look.

After the recent fatalities, cycling advocates are calling for faster action.

“Let’s stop talking about it and do more. I do know the transportation plans are implementing little things here and there, roll out the crosswalks or bulb-outs and we appreciate that, it’s just, the numbers speak for themselves, it’s not fast enough,” Hobein said.

According to data from the Denver Police Department there have been 47 traffic deaths in Denver so far this year. At the same time last year, 32 people had been killed.

Denver ultimately saw 61 traffic fatalities total in 2018, the most in at least the last ten years. Of those killed, 24 were pedestrians or cyclists.

“We’re on pace to potentially exceed the number of lives lost. And I think it’s really starting to hit the community. This is happening. And it’s not getting any better," said Naomi Amaha-Gollnick with Denver Streets Partnership, a group of local organizations working for infrastructure to better protect people outside of their cars.

“I think we are seeing a lot more people that are riding their bikes and walking but we’re not necessarily seeing the changes happening to the street infrastructure but also the behavior changes of those that are driving to be more cautious,” Amaha-Gollnick said.

That behavior is something that Hobein and her friend David Millis feel can be worked on immediately by every person on the road.