Sales were down about 95% until the company decided to pivot from ties to personal protective equipment. 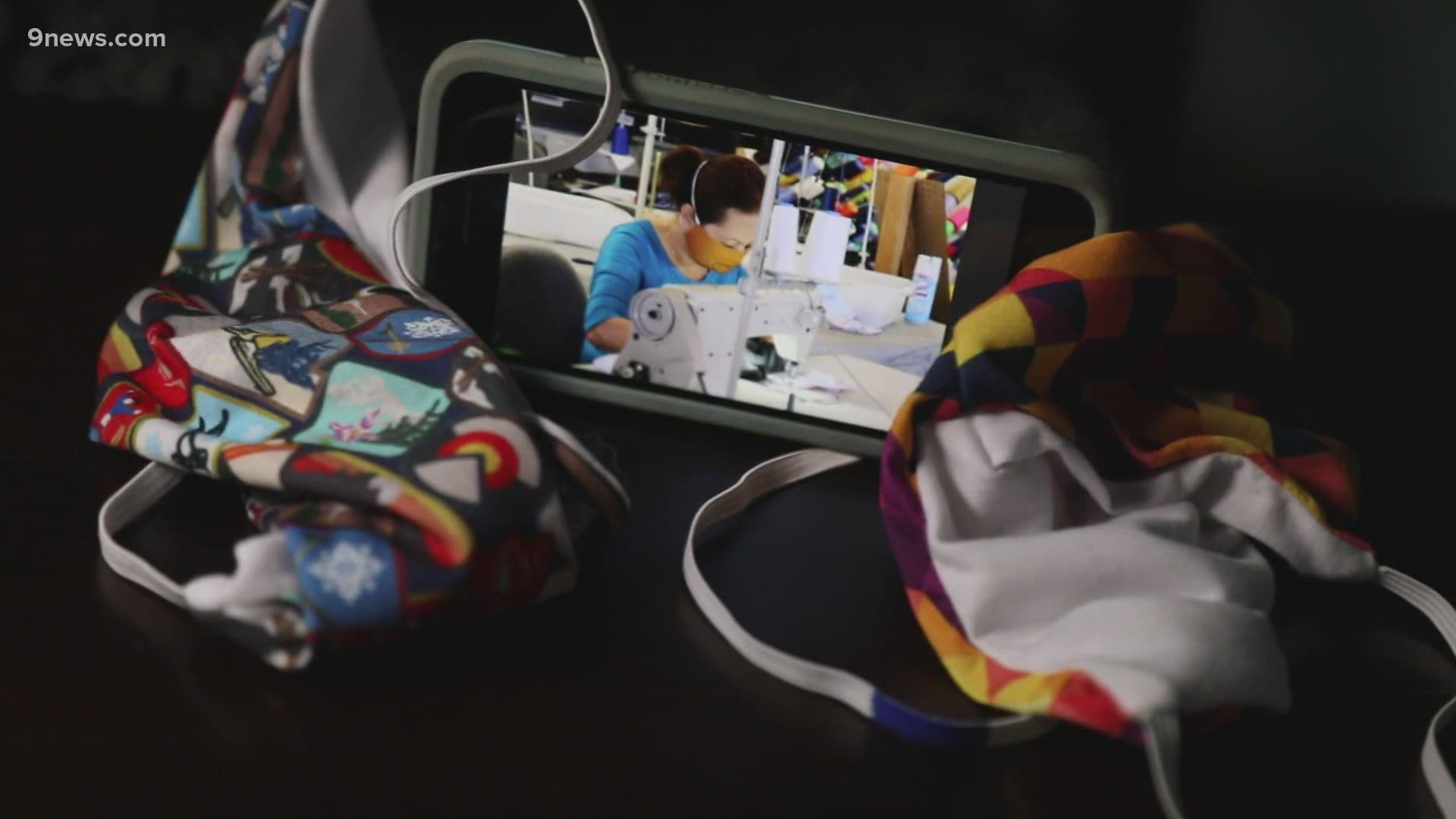 Unless one's trying to make an impression on a Zoom call, few may feel the need to wear a necktie while working from home during a pandemic.

Jeremy Priest might be the exception to the rule, but that's only because his business relies on ties.

“I am the co-founder of Knotty Tie Company and the president," Priest said, standing in front of his Denver home dressed in a collared shirt and of course, a necktie.

"For seven and a half years, we’ve been making ties, scarves and other products," he said.

Business was going well, until COVID-19.

Priest feared for his company and the refugees he hired to keep it going. About half of Knotty Tie Company's staff of 19 come from the refugee community.

“It’s always been an uphill battle in terms of the way that we run the company, the way that we prioritize compensation and benefits and development for our refugee staff," Priest said.

Instead of folding during the pandemic, Knotty Tie found a new way to cover its losses. Donations from the AJL Foundation and Colorado Health Foundation allowed the company to pivot from ties to personal protective equipment, or PPE.

The foundations provided the capital for Knotty Tie to make the masks and provide them to the hospitals free of charge.

“It really is a testament to the community’s willingness to work together to save a company," Priest said.

The market for masks grew quickly thanks to Governor Jared Polis.

“It certainly was a paradigm shift for us when the governor announced really a recommendation to wear cloth masks for the general population," Priest said.

Knotty Tie is now stitching and selling masks in more than 80 patterns.

"Everything from abstract [designs], to fun, to Colorado-centric," he said. “We also have a designer that does a lot of mustache designs.”

Like the ties his company creates, Priest sees face masks as a form of fashion and expression.

“Even though that we’re distanced and we’re wearing something that’s protective, it actually can be enjoyable and can say something about you and your personality, your hobbies," he said.

The product line at Knotty Tie may have changed, but the company's mission to help the community remains the same.

"We still are the same company doing the same old thing, but just caring about the community and caring about helping disadvantaged populations succeed," Priest said.